Maybe I just like to see patterns, but a part of me wonders if it really is a coincidence that the Google Glass finally debuted on a large-scale the year RoboCop and Transcendence arrived in theaters.  It sure seems a banner year for examining the human-machine divide. Remember that show on FOX that finished recently—the one that was entirely about a human being partially robotic and his robot sidekick being Almost Human?

There have been films and TV shows about robot interaction with humans for about as long as the sci-fi genre has existed. I pretty sure Metropolis from 1927 could count at least tangentially as one of the first. But as far as trends within science fiction go, I wonder if we may not be experiencing a slight upsurge in media toying with in the question of AI and humanity. With our smart phones essentially connected to us already, and the ability to view the internet meshed with our environment now upon us, it seems like a timely subject. But creative minds have always played with a few different concepts, so let’s take a quick look at the sci-fi concepts in film over the past decade and a half. 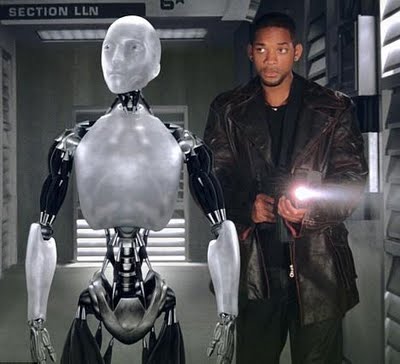 Del (Will Smith) and Sonny (Alan Tudyk’s voice) are on the hunt for creepy robots.

In the late nineties, the sometimes overlooked Gattaca (1997) asked questions about the value we place on genetic knowledge. Concurrent to the rise of the internet we saw The Matrix (1999), which addressed virtual reality in a way people hadn’t thought of before. The Matrix continued exploring digital reality on into the early 2000s, while films like Equilibrium (2002) and I, Robot (2004) offered us sleek, ultra-controlled societies—one with a few more robots than the other. I, Robot, with its Asimov roots, was a memorable view of how incorporating robotics into society might look (and one can see echoes of it in 2013-2014 show Almost Human).

As the 2000s rolled on, The Island (2005) and Splice (2009) specifically addressed genetic manipulation and experimentation. The original X-Men trilogy was also in and out of theaters at this time (2000-2006), so the powers and dangers derived from genetics were apparently of interest to our collective psyche. These films addressed questions of post-human beings, and whether clones of humans were in fact people. 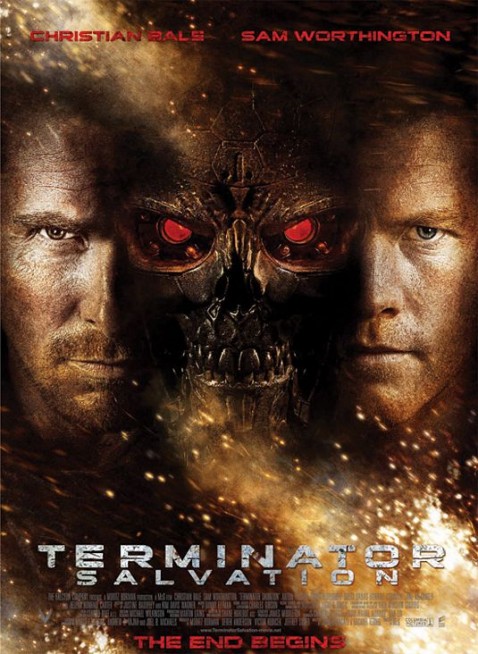 In 2009, there were multiple films that featured augmented reality and/or the concept of remote controlling a body much like a character in a video game. These films were Surrogates with Bruce Willis, Gamer with Gerard Butler, and the massive CGI phenomenon, Avatar. (I would just like to note that The Sims 3 was released that June as well.)  The year 2009 also featured Terminator Salvation, which supplemented the Terminator mythos with a machine who didn’t know he was one. This brought the existential confusion of a man-machine solidly into the genre’s forefront once more.

The latter 2000s were partially overrun with superhero and superhero-inspired films (i.e. Avengers, The Dark Knight Rises, Kick-Ass, Chronicle), but also included the mixed success of prequels to classics in the form of Rise of Planet of the Apes (2011) and Prometheus (2012). In this span, people seemed to be intrigued by how regular, everyday humans and super-humans or non-humans might deal with each other.

Last year indicated, according to sci-fi films, that the world is approaching its final days. Films like Oblivion and After Earth presented us with a world after the majority of humanity has moved off the planet for one reason or another. The dark comedy The World’s End and the sci-fi parody This is the End also showed us the destruction of Earth in raucous and fiery fashions. Meanwhile, the fun, oddball Pacific Rim was an adventure all about the remnants of humanity trying to, you guessed it, cancel the apocalypse. 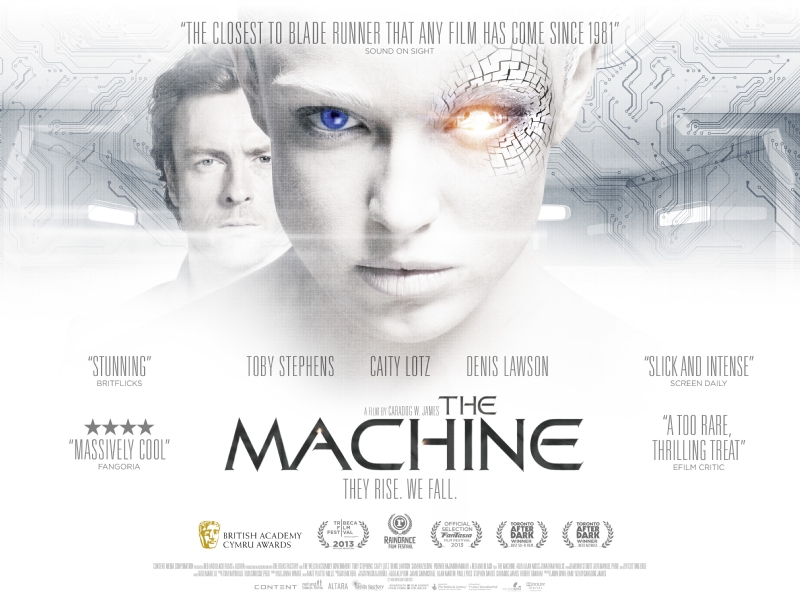 I see an unsettling resemblance in her to the Terminator.

The year 2013 ended with the strange film Her, about a man falling in love with an AI that learns to be much like a human, and this year began with RoboCop, whose protagonist is a man who becomes a machine.  A couple months later, Transcendence, which centers around a human who integrates with a computer, hit theaters.  In late April, the British film The Machine will show what happens when an AI questions the line between how it must exist and how humans live. In May, The Prototype tells the story of a humanoid robot who seems to have a strangely human reason for wanting to avoid capture by the government.

What’s interesting to me is that filmmakers seem to be tackling the question from both ends of the spectrum. They both want to explore stories in which humans incorporate technology into themselves (or themselves in technology), and also try to pinpoint the moment at which machines approach human status. RoboCop and Transcendence, seem be the former, while the upcoming The Machine and The Prototype (as well as Her) might fall on the second end of the scale. I think this reflects the idea that humans both want to know when a person might no longer be considered such, and what might make something into a person. We want to know how we lose humanity, and how something could potentially gain it—all to truly understand what it is we really have. 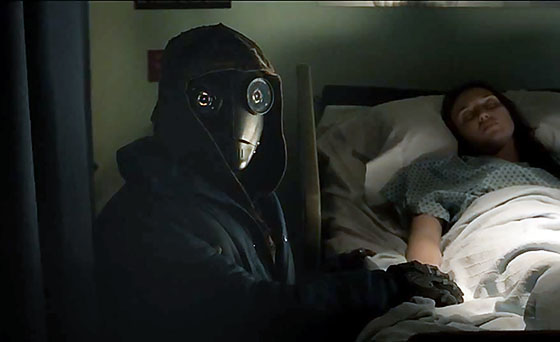 The runaway titular character of The Prototype.

Long story short, keep an eye out for the UK’s The Machine (limited US release April 25) and The Prototype (May 23), and perhaps for any other pieces of media that touch on this nexus of humanity and technology. Maybe as the year goes on a clearer trend will emerge.

Am I totally off? Am I on to something? Please leave thoughts or comments if you have them.