Eichhorst (played by Richard Sammel) checks on the construction of a processing plant that is clearly designed for human cattle. Ephraim (played by Corey Stoll) and Nora (played by Mia Maestro) prepare to take Zack (played by Max Charles) out of the city and find more backing for their bioweapon.

At the train station, gunfights and train delays keep them from leaving while Kelly (played by Natalie Brown) watches them from the tunnel. Quinlan (played by Rupert Penry-Jones) gets the prisoners Agustin (played by Miguel Gomez) freed riled up to battle the Strigoi. Abraham (played by David Bradley) and Vasiliy (played by Kevin Durand) head to Staten Island to bid on the Lumen. Eichhorst arrives and wins the book but Eldritch (played by Jonathan Hyde) drains the account as retaliation for Eichhorst’s previous intimidation. That night, Vasiliy’s truck is rammed off the road and ambushed by Eichhorst and a horde of Strigoi. Agustin and his prisoners arrive and fight off the remaining Strigoi as Quinlan briefly talks to the Master through Eichhorst before driving him off. Agustin boards the truck but Abraham and Vasiliy escape through a hatch into the sewer and barely get away before it’s blown up by sticks of dynamite. 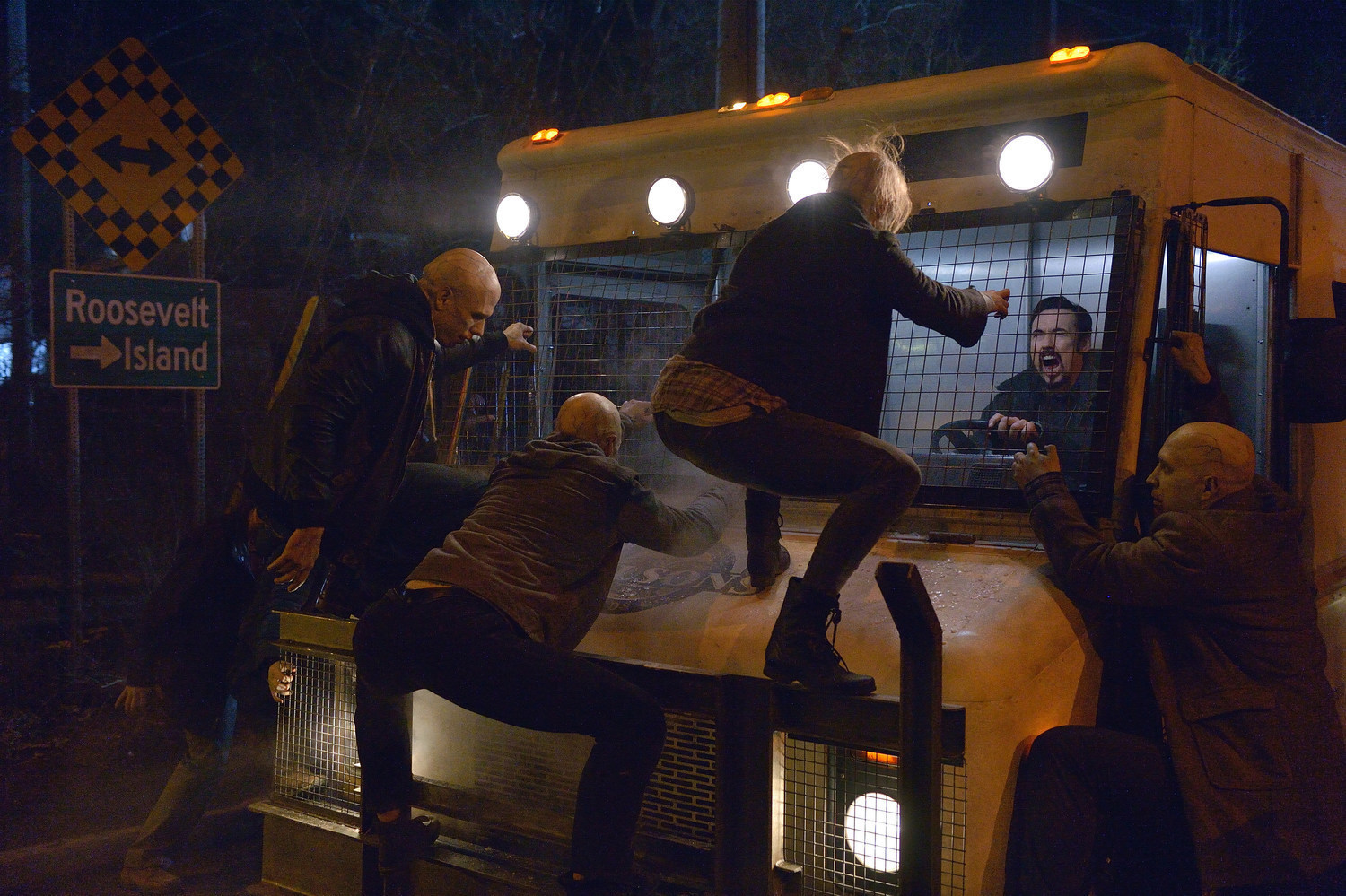 I just had this detailed!

The master plan was to build a human blood farm. It’s certainly more efficient than chasing people down through the streets. The auction was a fun scene. Watching Eichhorst and Abraham trade insults and seeing just how much the Ancients and Eldritch are worth. Eldritch will surely pay a price for making Eichhorst look like such an idiot, but that’s what happens when you mistreat people who work for you. The truck scene was a great action piece, and the first time in a long time Abraham had to do some actual fighting. It was also a chance to see how the prisoners fared against the Strigoi and they measured up pretty well. Quinlan’s brief exchange with Eichhorst was a disappointment. I wanted to see a brawl between those two. Eichhorst and Quinlan don’t have many fight sequences and a showdown between them would have been great. Sadly, it’ll have to wait.

Ephraim, Nora and Zack end up sitting next to Rudyard (played by ) on the train as he escapes with the money he made selling the Lumen. Unfortunately, a large group of Strigoi appear on the tracks and nearly run the train off the rails, forcing it to stop. Nora and Zack escape with the surviving passengers into the tunnels while Ephraim is held up by Feelers. Kelly attacks Nora and infects her before turning to Zack. Zack pulls his dagger on Kelly but can’t bring himself to kill his mother and instead they embrace and walk down the tunnel together. Eichhorst storms into Eldritch’s office, furious that Eldritch made a fool of him at the auction. Eldritch demands that he be treated as an equal in return for his help. The Master/Gabriel (played by Jack Kesy) arrives and tells Eldritch their agreement remains unchanged, but drinks and kills Coco (played by Lizzie Brochere). 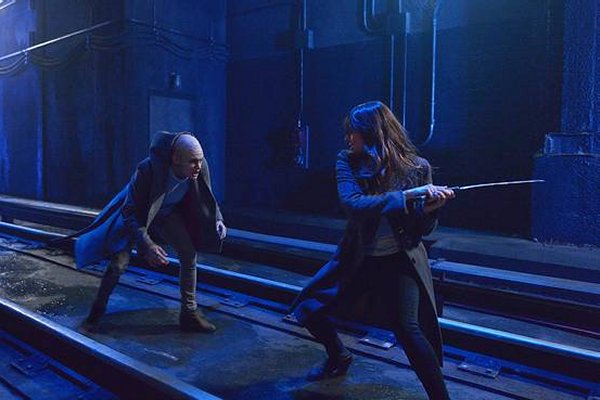 R.I.P Nora. At least you went out fighting.

Rudyard might as well have not been on that train. He had no dialogue and Ephraim and the others never learned who he was. It was a wasted opportunity. Eldritch and Coco should have had a better plan than just demanding respect from the Master, but it gave a reason for the Master to make an appearance and now there won’t be any more wasted scenes with Coco’s useless character. The fact that Zack indirectly killed Nora and in the end left with Kelly was infuriating, I hope he finds living conditions with the Strigoi to be hell. Nora is dead and I have issues with that. The first is that now The Strain is without a female lead. Second, that Nora was not given much significance this season and her abrupt exit from the show leaves her incomplete overall.

Abraham and Vasiliy escape the sewer and are confronted by Quinlan and Agustin but Abraham convinced Quinlan to let him keep the book to bait the Master. They decide to work together to decipher the book and discover a way to defeat the Master once and for all. Ephraim finds Nora in the tunnel and, feeling herself changing, puts her sword on the third rail and electrocutes herself. At the very least Nora went out with a memorable death but her absence will leave a void on the show. After all the lying and backstabbing, Abraham and Quinlan end up working together anyway. I don’t see that partnership lasting long. Abraham finally has the Lumen so hopefully his storyline next season should revolve around something (anything) else, but sadly it might just be him trying to read it.

I still can’t get over how ridiculous Zack’s decision was. It’s too bad he didn’t go with Kelly sooner so we’d still have Nora around.

“Mr. Fet, there is something I neglected to tell you. I’m not giving this book to the Ancients.” “Okay, so we’re ripping off one gang of immortal munchers and we’re looking to throw down against another?”

Abraham better translate the Lumen fast. I can’t take another season where half the story is about that book.

If you enjoyed Manny’s strain, you can find the rest of his work right HERE on Sci-Fi Bloggers. You can also follow him on Twitter @KN_Manny.