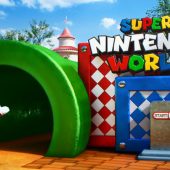 Get ready to immerse yourself in Super Mario World IRL! Announced back in 2015, the new Nintendo themed parks to be known as Super Nintendo World, are well underway and more details are now surfacing. We say “parks” because each Universal resort, Orlando, Hollywood and Osaka, will have its own version of Super Nintendo World…. 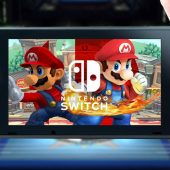 It looks like the Nintendo Switch may deliver even more than next level Nintendo gameplay by adding a virtual console for Gamecube games. According to Eurogamer and IGN, the Nintendo Switch virtual Gamecube console (VC) is already slated to include Super Smash Bros. Melee, Super Mario Sunshine and Luigi’s Mansion at launch with Animal Crossing rumored…

Each year the Academy of Interactive Arts & Sciences honors outstanding achievements in the video game industry. This year’s D.I.C.E. Awards will be streamed live on February 18 in Las Vegas and once again hosted by comedian Pete Holmes. Leading the pack with the most nominations are Rise of the Tomb Raider and The Witcher… 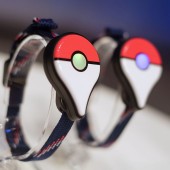 Just when you thought you were ready to get your life together and settle down into this thing they call adulthood, Nintendo drops one of the greatest and most exciting game teasers of all time. You may want to sit down, because eight year old you is about to freak the f**k out. That’s right….

We looked at what Sony and Microsoft brought to E3, but now let’s talk about what everyone else had to say. Bethesda had leaked some info before the conference, but it just made fans more eager to tune in to see more of Fallout 4. The rebuilding factor gives the game a fresh feel and… 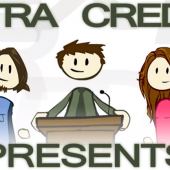 If you’ve ever wondered exactly how video game development works, this may be a good place to start. Extra Credits is an online series that centers around games, how they work, and the sub-culture that goes along with them. In particular, they have a nice number of videos on writing for games and what that entails….