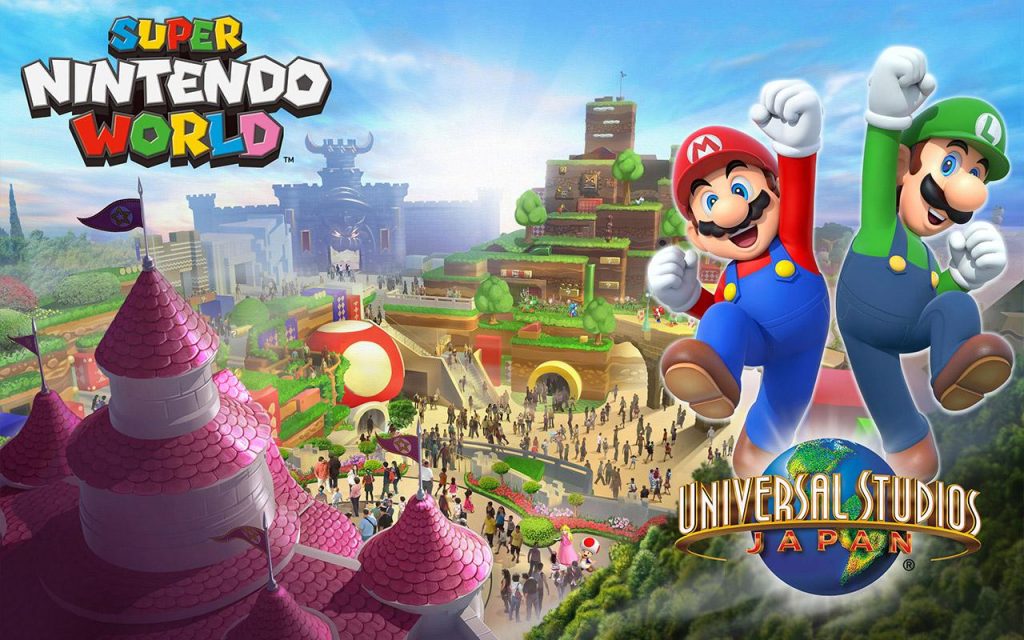 Get ready to immerse yourself in Super Mario World IRL!

Announced back in 2015, the new Nintendo themed parks to be known as Super Nintendo World, are well underway and more details are now surfacing. We say “parks” because each Universal resort, Orlando, Hollywood and Osaka, will have its own version of Super Nintendo World. The parks will feature many rides, attractions and, of course, character encounters.

One confirmed ride that we’re really excited about is Mario Kart.  Yes, patent filings and media reports are confirming that there will be a “real-life” Mario Kart attraction as well as a Donkey Kong themed attraction that lets you platform jump just like in the game.

Imagine the fun of stepping into a larger-than-life Nintendo adventure. Gigantic Piranha Plants spring to life. Question blocks, power-ups and more surround you. And Mario and all his friends are there to pull you into a brand-new world.

You will enter an entire realm filled with iconic Nintendo excitement, gameplay, heroes and villains. And it is coming to three Universal theme parks around the globe. …

All of the adventure, fun and whimsy you experience through a screen will now be all around you – in breathtakingly authentic ways.

Super Nintendo World in Japan is estimated to open in 2020. No ETA is known yet for the Hollywood and Orlando parks but construction is well underway.

Stay up to date on further developments on Super Nintendo World at Universal Theme Parks right here at Sci-Fi Bloggers and on Nintendo.com’s news blog.