Each year the Academy of Interactive Arts & Sciences honors outstanding achievements in the video game industry. This year’s D.I.C.E. Awards will be streamed live on February 18 in Las Vegas and once again hosted by comedian Pete Holmes.

Leading the pack with the most nominations are Rise of the Tomb Raider and The Witcher 3: Wild Hunt with nine and eight nominations, respectively. Joining those two in the coveted category for Game of the Year are Bloodborne, Ori and the Blind Forest and Fallout 4, all of which boast nominations in multiple categories. Other top categories include:

Adventure Game of the Year

Ori and the Blind Forest

Rise of the Tomb Raider

Action Game of the Year

Mobile Game of the Year

In total, fifty-three games garnered nominations with titles ranging from Arkham Knight to Rocket League to the indie hit Undertale. You can find out everything you need to know about each category right here on the official website and get playing. Fifty-three games shouldn’t take you too long.

The award show will also honor Satoru Iwata with the Lifetime Achievement award for his work as the President and CEO of Nintendo from 2002 until his death in July of 2015. Also being honored as the Hall of Fame recipient is Hideo Kojima for his obviously incredible work in the Metal Gear Solid series and his work for the devastatingly wonderful and hopefully-likely-to-come-out-of-its-early-grave-soon Silent Hills. 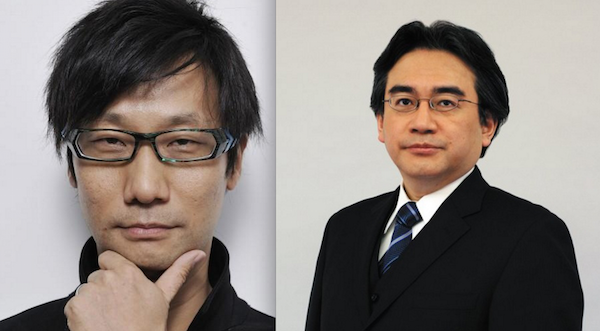 The 19th Annual Design, Innovate, Communicate, Entertain Awards are voted on by the interactive entertainment community.