Just when you thought you were ready to get your life together and settle down into this thing they call adulthood, Nintendo drops one of the greatest and most exciting game teasers of all time. You may want to sit down, because eight year old you is about to freak the f**k out.

That’s right. Nintendo and the company Niantic are finally bringing Pokémon into the real world, at least sort of. Pokémon GO will be a free-to-play mobile game coming out sometime in 2016 for Android and iOS. The app will feature in-app purchases, which you will likely spend far too much on.

The game focuses on the wandering creatures in reality and will alert players when a catchable Pokémon is in range. When you track down the Pokémon you can catch it with certain Poké Balls and add it to your collection. Players will also be able to trade and battle with others via the app. 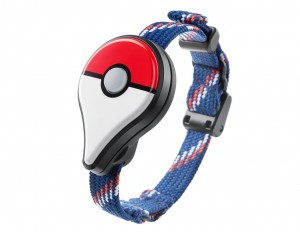 There’s also Pokémon GO Plus, which involves a wearable device that works with the game. The bracelet will light up to alert players when Pokémon are nearby, so you won’t have to constantly be checking your phone. It’s not the cutest bracelet, but if it’s going to get me an adorable Squirtle, then all wear it all day, every day.

The teaser has already been causing fans all over the world to freak out. Since being released on September 9th, the three-minute video has already garnered over fifteen million views and been shared thousands of times over social media. Once the app is released it will be interesting to see how fans respond. Will it be a user overload and be plagued with technical issues from the get go? Will a younger audience push older players out? We’ll all be waiting with baited breath.

Do you have catch-em-all fever or what?

If you enjoyed Carly’s WHAAAAAAAAAAAAAAAAAAAAAAT, you can find the rest of her work right HERE on Sci-Fi Bloggers. You can also follow her on Twitter @MrsCarlyRodgers.