In the UK, three years before Captain Kirk boldly went where no man had gone before, a shabby-looking, blue police telephone box materialized out of thin air and into the hearts and minds of a new generation of viewers.  The Doctor had just announced his presence to an early 60s Saturday teatime audience.  The blue telephone box wasn’t a telephone box at all.  It was a time machine that was bigger on the inside than it was on the outside.  Called the TARDIS (Time And Relative Dimension In Space), it was one of many used by the ancient Time Lords of the planet Gallifrey. 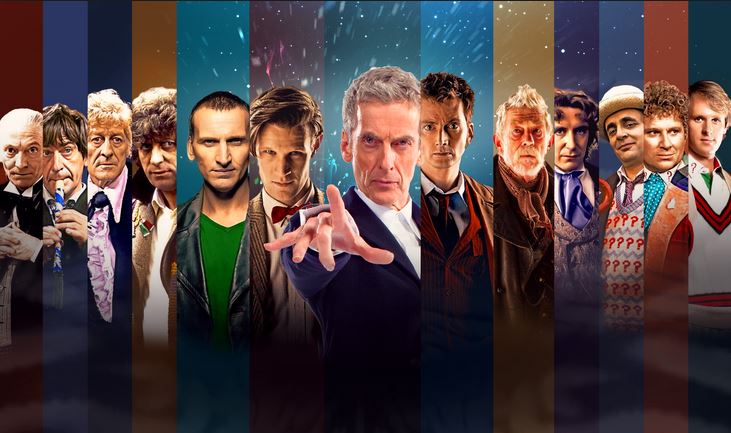 I’m the Doctor.  Run for your life!

The Doctor was actually a rogue Time Lord.  When the series began, he had just escaped from his home planet by stealing a TARDIS.  Unfortunately, he had stolen one that was already ancient and didn’t always work properly.  It constantly reappears as a blue 1950s British Police Telephone Box because when the TARDIS materialized in early 1960s London, its chameleon circuit chose an exterior form designed to blend in with local surroundings.  The circuit got stuck, and the Doctor’s TARDIS has been a blue phone box ever since.

Time Lord, thief, rogue, President Elect of the High Council of Gallifrey, Father, Traveler…the Doctor has been many things over his 50+ years of appearing on our screens and has held many different faces.  When the show initially ran, it had been designed to be an education supplement between afternoon children’s TV programming and early evening adult entertainment.  The first series had very little to do with aliens and a lot to do with history and science.  It was only when the producers realized that the fantastical elements were doing better than the educational ones that more aliens and science fiction stories were introduced. 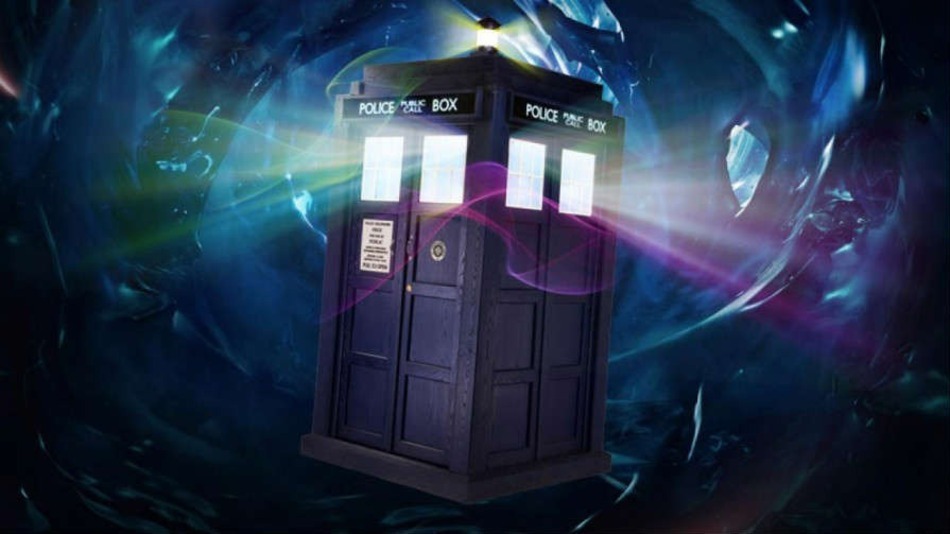 Despite several hiatuses from our screens, Doctor Who has been a constant fixture in British culture and entertainment.  The blue police telephone box has become synonymous with the TARDIS and despite none of them being around anymore, it is a globally recognized symbol.  Conventions sprung up in the early 70s and fan clubs official and unofficial gathered traction and followers.  The adventures of an alien misanthrope with the ability to change his appearance and renew himself upon death captivated audiences and producers alike.  Despite the Doctor’s initial distrust and disdain for the human race, he gradually evolved to become one of its greatest champions and supporters.   He became a character many could identify with.  Who hasn’t felt like they were unique and as if no one else could understand them?

The Many Faces of a Time Lord

The whole regeneration story of a Time Lord emerged solely as a production problem.  William Hartnell, who played the first Doctor, had decided to leave the show.  The producers were left with a dilemma.  The show was popular but they could not stop the title actor from leaving.  The answer was to simply recast a different actor as the Doctor, and “regeneration” as a concept in Doctor Who was born.  Since the show began, there have been 13 different actors to play the Doctor.  In 2013, the show celebrated its 50th Anniversary with a two-hour TV/Movie special concluding a story arc that had first begun when the show was renewed in 2005.  It was broadcast on Television and booked into cinemas such was the demand.  The Doctor had become a global brand.

As Big as Star Trek

Doctor Who has always had a smaller feel to it than that of its US cousin, yet it boasts just as much global attention.  Now that the new series is in its 10th year, not even the Doctor can tell how long he’ll be able to go on for.  All that anyone knows is that wherever an image of a blue police telephone box crops up, the Doctor will never be far away.