Ephraim (played by Corey Stoll) brings Zack (played by Max Charles) back with him but Zack’s kept locked up since nobody trusts him. Quinlan (played by Rupert Penry-Jones) warns Ephraim that his attachment to Zach has clouded his judgement before and there’s too much at stake.

Dutch (played by Ruta Gedmintas) and Vasiliy (played by Kevin Durand) interrogate Sanjay (played by Cas Anvar) about his role in the thousands of people’s deaths but he justifies his actions as saying they are building a better world for those that survive. But when Sanjay defends the draining of babies since they aren’t self-aware people Dutch brutally beats him. She breaks down and wonders if they are any better as they’ve killed people but Vasiliy reminds her the alternative is letting the Master/Eldritch (played by Jonathan Hyde) win.

Ephraim interrogates Zack about living with the Master and Zack paints a picture of how hard it was being kept by the Master and admits he was sent as a spy. Vasiliy shows Sanjay video of people being taken to blood farms but he believes New Horizons is real and that they’re lying. In response Quinlan reveals they have kidnapped his wife Selah (played by Supinder Wraich) and threatens to kill her which makes Sanjay reveal the Master is hiding in the Empire State Building. Zack is brought before the group to be interrogated and when his information matches Sanjay’s but he remains locked up. 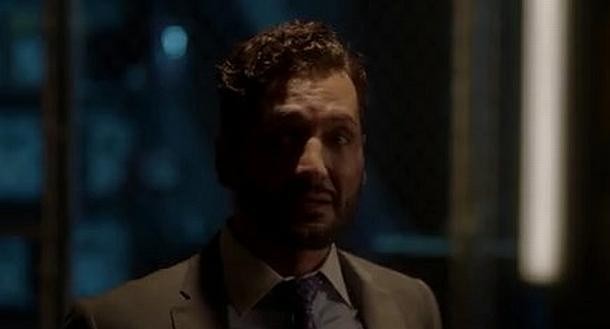 It’s lucky Ephraim is surrounded by practical people because otherwise he would have spilled everything to Zack despite his own reservations. They might be family but Zack isn’t giving up his luxurious lifestyle or Strigoi girlfriend. The entire season was building up to Ephraim and Zack reuniting but there wasn’t an emotional tinge to their reunion, although it was clearly shooting for that. Instead it felt like two guys sizing each other up trying to figure out how to one up the other.

The real emotion came from Dutch who broke down after hearing the lengths of Sanjay’s indifference to humans, hell after what he said about babies it’s shocking she didn’t kill him. But his refusal to believe the truth about New Horizons paints him as someone more pathetic than evil, he’s beyond contempt and almost not worth hating. Dutch and Vasiliy have been the emotional focal point of the show which you wouldn’t expect from those characters. It’s that aspect that makes them people you root for and hope to see live above others.

Dutch and Vasiliy tell Ephraim that while they want to trust Zack they believe he is working for the Master. Ephraim lets Zack out of his cell and they talk outside and Zack apologizes for his role in the Master’s plans. But as they go inside Zack cuts his thumb and leaves a drop of blood outside as a signal to the Strigoi. Ephraim catches on and Zack admits his true allegiance and his belief his mother Kelly (played by Natalie Brown) is alive inside the Master.

Zack offers to let Ephraim live if he tells him where the nuke is, Ephraim nearly shoots Zack but can’t bring himself to do it. He locks him in the room and warns the others so they evacuate to the Federal Reserve. Quinlan offers to set off the bomb since he will die with the Master regardless while the others bring the bomb to the Empire State Building and escape. The Master arrives at their old hideout and is upset when Zack doesn’t know where the bomb is. When Zack reveals Sanjay revealed the Master’s location Sanjay lies and said Selah did, the Master sees through his lie but kills them both. 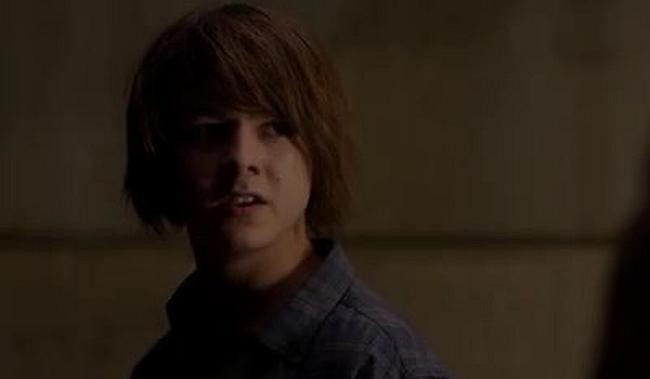 The Traitor (who didn’t see that coming?)

Zack was almost convincing right up until he cut his thumb, of all the ways he could have cut himself he chose something that was obviously shady. His only role this season was the Master’s mole but the show undermined that by still making Zack to be a petulant child and couldn’t be taken seriously as a villain. When Zack admits he lied and demands Ephraim give the location of the bomb it was like a kid arguing with his father over an unfair grounding or something. You could argue that the visons of his mother warped his mind but that kid was lost to the dark side long ago.

Sanjay died as he lived, a self-protecting coward; there were plenty of reasons to want him to die painfully but selling out his wife might just take the cake. Quinlan is clearly going to die but after his character was fleshed out so much over the course of the series it would be an insult to his character if he didn’t go out in an epic fight.

Quinlan enters the Empire State Building but finds only Abby (played by Jocelyn Hudon) who is possessed by the Master and he realizes the Master is nowhere in range. The Master tells Quinlan their final battle will be on his terms not Quinlan and has several Strigoi attack him.

Outside, Ephraim and the others are confronted by a large group of Strigoi as the episode ends. The stage is set for the final battle between the Master and Quinlan, but also everyone else. With the final episode coming up people are going to die and that large army of Strigoi will likely kill at least one main character. The real story has never been will they defeat the Master it’s who will survive to see the world after he’s gone.

“It’s like talking with someone from an alternate universe. He’s convinced himself that he’s some kind of hero.” “How else can he live with himself?”

Here’s hoping the final battle is brutal and epic.

Anyone else hoping Zack meets the same fate as his Strigoi girlfriend Abby? I keep wondering if it’s bad to feel that way considering he’s technically a kid, but every time he appears on screen that goes away.