Alex (played by Angel Parker) recounts happier times with her son before the onset of the apocalypse while Ephraim works out a plan to get his virus into the blood supply. Roman (played by K.C Collins) leads Vasiliy and the others to the silo but finds the personnel dead. While preparing to inspect the facility, someone starts shooting at them from inside wounding and trapping Quinlan.

Most of the others leave after taking supplies, so Vasiliy uses a secret entrance to try and save Quinlan himself. The man turns out to be a soldier who ignores Vasiliy’s attempts at reasoning. Zack (played by Max Charles) begins to grow restless being trapped in his room with only his pet Feeler. He takes a liking to his maid Abby (played by Jocelyn Hudon) who quickly flees when the Feeler almost attacks her for trying to take some fruit. Zack catches up to her on the street and tries to bond with her, offering food and protection from Strigoi. 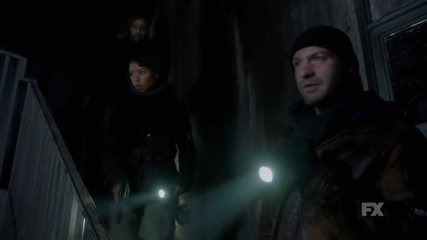 The action and the story is moving forward at a good pace, setting clear stories for the season. However spreading the characters out so wide has started to weigh down the narrative. Mostly in terms of moving individual stories forward since each episode can only accommodate a handful of main characters. The biggest victim of this is Abraham (played by David Bradley). The season is nearly halfway through and we still haven’t checked in on him.

Alex’s monologue about her son was clearly to make the character someone worth investing in and it certainly helped. Whereas Zack was supposed to be shown as endearing, but with his lack of companionship it had the opposite effect. His pleasure at watching a snake eat a rat and the air of superiority he had when demonstrating his ranking among Strigoi to Abby kept him as someone the audience doesn’t like.

Ephraim and Alex create a minor traffic accident to stall a tanker carrying blood and infect the blood with the virus. Vasiliy is able to shoot and wound the soldier and learns that Strigoi attacked the base with human helpers, which is why he fired on them before Quinlan kills the man in vengeance.

Zack takes Abby to the Museum of Natural History and learns her family died in the initial blast (that he set off). Abby requests extra food for kids in her building who are getting sick and he tells Abby to take anything she needs. Zack brings this up to the Master/Eldritch (played by Jonathan Hyde) who simply blames radiation from the nuclear weapons. The Master tells Zack that he plans to bring ‘peace’ to the world and wants Zack to help. He also forces Zack to continue drinking his white blood by subtlety threatening to remove his perks and fire Abby. Roman tells Vasiliy and Quinlan that the missile is missing a vital part that renders it useless and Vasiliy suspects the Strigoi attacked the base to get the part. 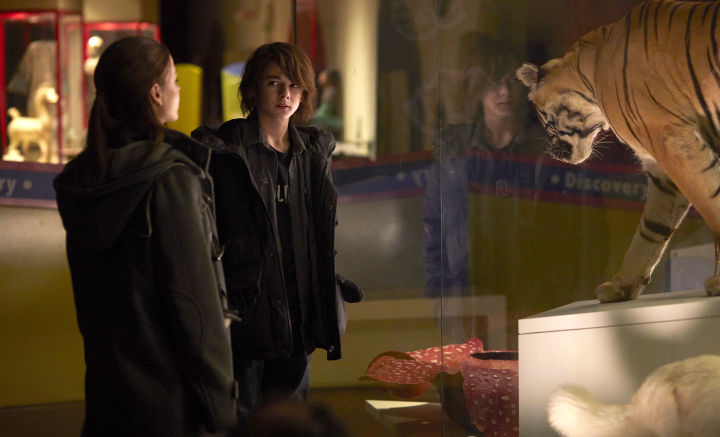 Messing with Quinlan is a good way to get yourself killed, and it’s a lesson people keep learning the hard way. The Master hoarding nuclear weapon parts might be the plot that drives Vasiliy and Ephraim back together which is great for keeping the narrative tighter. The second half of the episode tries hard to make Zack appear an important and sympathetic character, but fails at both. His offering of food comes across more as wanting to impress Abby than help the sick, and the random guilt for shooting the tiger in the premiere was forced. We also don’t know if the Master is grooming him for a new host body or if Zack is an unwitting hostage (since both options were presented but neither made clear). Zack briefly sees through the Master’s lies but is so easily mollified it’s laughable and it’s a shame we spent so much time with him over other characters.

Ephraim and Alex inspect a nearby building and discover several dying Strigoi revealing that the virus worked. Word reaches the Master who learns thousands of Strigoi are dead and enlists Eichhorst (played by Richard Sammel) to travel to Philadelphia to find them.

Ephraim finds files that denote hundreds of ‘units’ being shipped and realizes the Strigoi can’t be moving that much blood at a time and wonders what new plans they have. Ephraim’s success is great news for the resistance and for us; now that the Master and Eichhorst know there is active resistance things are about to heat up. It’s anyone’s guess what new plans the Master has thought up but that just adds to the fun. Before the series ends let’s see what other twisted horrors the Master can come up with.

“Without the weapons of mass destruction your people so eagerly hurled at one another, the Master would still be hiding in his tunnels.”

The Master has the memories of all the millions of people ever turned into a Strigoi; talk about having a lot on your mind.

Abby appears willing to put up with Zack for the benefits but that probably won’t last when she learns he not only helped the Master but directly killed her parents.