Eprhaim (played by Corey Stoll) and Dutch (played by Ruta Gedmintas) return to the church and find Eichhorst (played by Richard Sammel). Their joy is undercut when they discover Abraham (played by David Bradley) is infected and slowly turning.

Vasiliy (played by Kevin Durand), Quinlan (played by Rupert Penry-Jones) and Roman (played by K.C Collins) get the bomb into Manhattan via boat after killing a harbor patrol team. Vasiliy and Quinlan leave Roman to guard the nuke in the Federal Reserve building while they find Abraham. They arrive at the church and a weakening Abraham reveals to them what he’s found out from the Lumen. He says they need to kill all human collaborators who are helping the Master/Eldritch (played by Jonathan Hyde) in order to weaken him and that the use of the nuke will require personal sacrifice. Abraham asks Quinlan to behead him with his own silver sword while the others tearfully look on.

Abraham is given a proper funeral and everyone tries to cope with their grief as they decide on what’s the best course of action. Agustin (played by Miguel Gomez) goes to his gang and tells them he’s leaving to fight the Strigoi and tries to rally them to join the fight. Quinlan wants to set off the nuke but Ephraim and Dutch are against killing millions of humans (many of whom work for the Partnership as Quinlan points out). 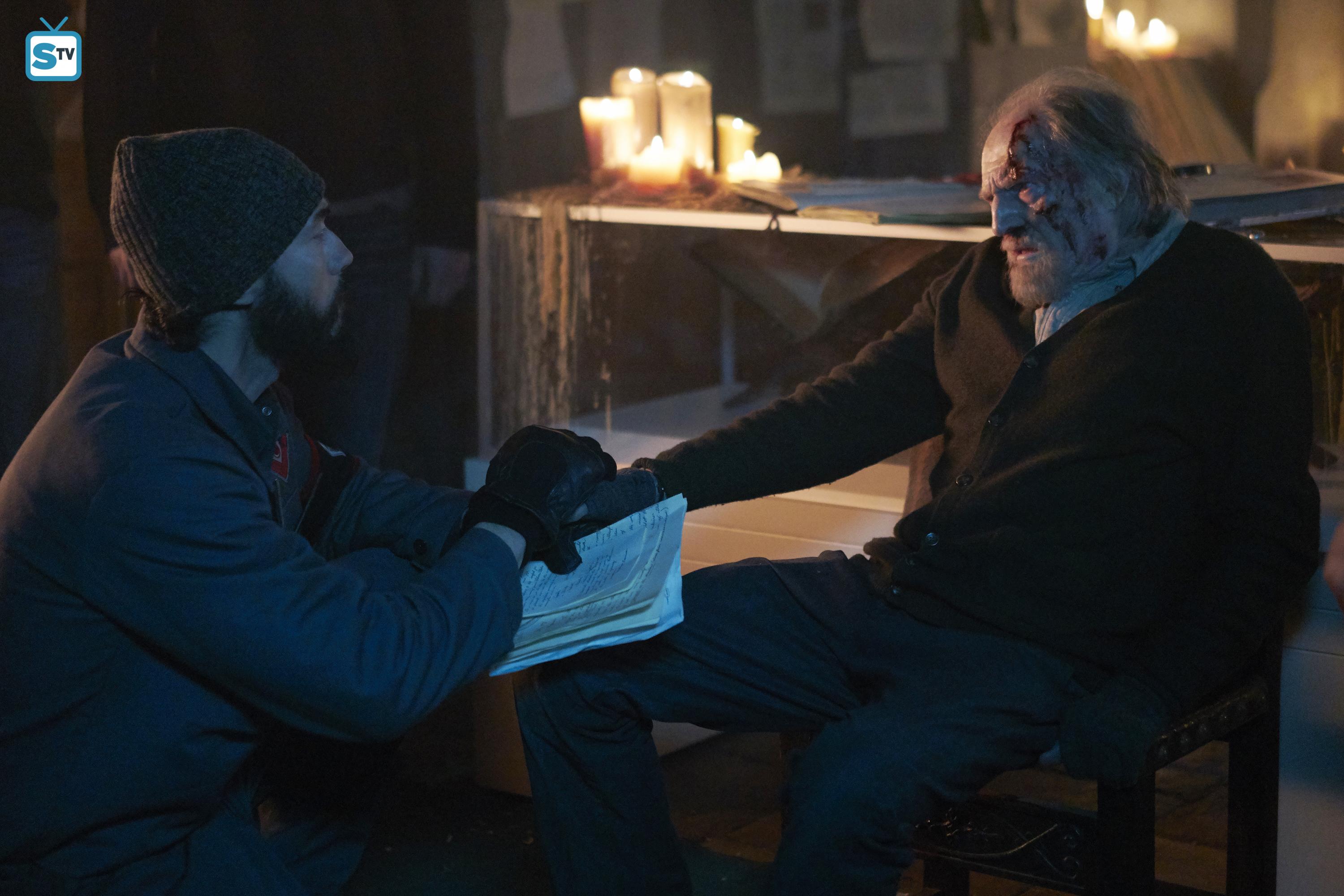 Natural the first half of the episode was slow paced, allowing each of the main characters a chance to process and reunite with the dying Abraham. It was expected that the man who helped put the entire story in motion would receive a grand sendoff. Although the big reveal from the Lumen being ‘take out the Masters pawns’ was a letdown. It’s a solid plan but you’d think an ancient text would contain something more epic for defeating the Master. But Agustin and everyone is mounting up for the attack and it finally feels like the show has gotten back to its roots with all the characters reunited.

The moral dilemma of killing millions of people to kill the Master provides tension and a way to draw out what otherwise could be a speedy end to the Strigoi occupation. It’s inevitable that more people will die before it’s over but and the series finale will likely deal at least in part with this moral decision although Abraham’s last words strongly hinted they shouldn’t use the bomb. Considering it took Vasiliy over half the season to find and bring it to Manhattan it would mean his final storyline of the series was a waste of time.

Dutch comes up with a plan to find the Master, kidnap Sanjay Desai (played by Cas Anvar) one of his top collaborators. In the Empire State Building, Zack (played by Max Charles) lives an idyllic life with his Feeler and newly turned (girl?)friend Abby (played by Jocelyn Hudon). The Master sends Zack out to find Ephraim and the others hoping to use the father/son bond to his advantage. Quinlan leads the group into the medical facility where Sanjay works and they split up, but Sanjay quickly realizes there are intruders and has the facility locked down.

Agustin and his crew help Quinlan release the prisoners from the draining plant while Dutch and Vasiliy pursue Sanjay who takes pregnant women in a room to keep them back. They break in and when the guard with Sanjay refuses his order to kill a woman and attacks Sanjay when he tries. Although injured Sanjay manages to kill the guard and runs only to be chased off by Ephraim. 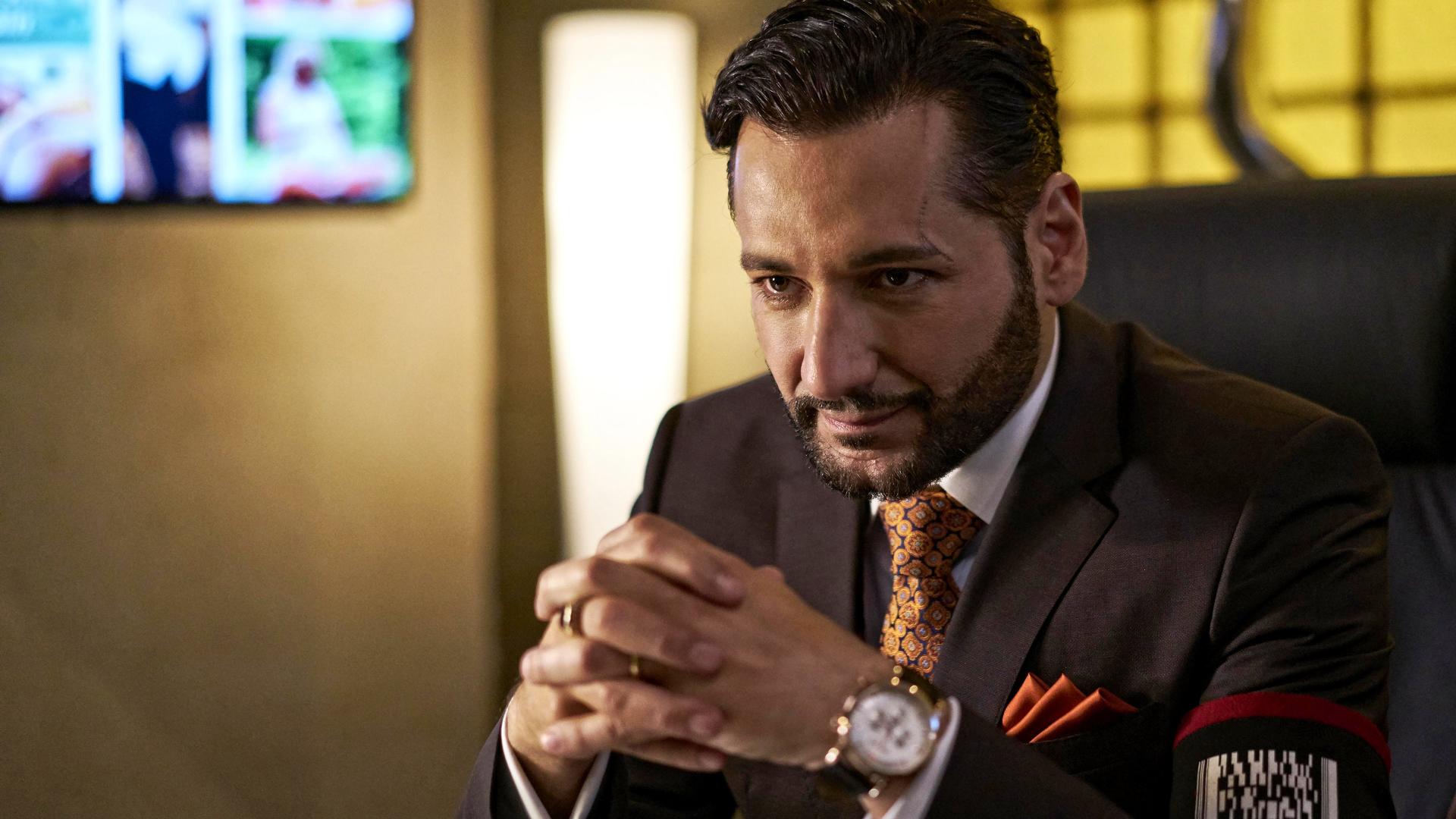 He enjoys being evil.

Zack hitting on Strigoi Abby was uncomfortable to say the least and thankfully there was no kiss. But all season long we’ve been waiting for the Ephraim/Zack reunion which will be a final test of how far Zack has fallen into the Master’s influence. Dutch wanted to go after Sanjay for revenge as well but given all the torture she’d been through over the series she earned it. The fight at the factory was a great action piece that acted as a setup for the final battle in the upcoming series finale. We slowly saw the Master’s empire begin to crumble and more humans turning against the Strigoi and the Partnership (albeit another nameless background character). But if these nameless heroes are coming out of the woodwork let’s get them all together for an epic war against the Strigoi.

Dutch pursues Sanjay and after a brutal struggle manages to capture him. One of Agustin’s men mention that a boy is looking for Ephraim and he’s hopeful that it’s Zack, although Dutch and Vasiliy point out the timing is suspicious. Undeterred Ephraim goes out and finds Zack in a black-market. First Dutch finds Eichhorst dead and now she gets to torture Sanjay, she’s having a pretty good week. Ignoring all logic and reason Ephraim decided he needed to find his son but we all know it will not end well. The only thing we don’t know is who is going to make the first move.

“We should remember what it is that he showed us. That the real impact of a life depends on will, the determination on keep on fighting no matter the cost. His life was a beacon for all of us.”

Alex (played by Angel Parker) was killed off unceremoniously last episode but got a posthumous eulogy from Ephraim; not great but it provided a somewhat meaningful end to her storyline and given what a major character she became it was needed.

“Are you sure this mission isn’t all about revenge?” “I’m never all about one thing Doc.”

Like me I’m sure people have the characters they want to live happily ever after (Dutch, Vasiliy) and which ones they want to meet a violent end (Zack, the Master)?