A man named Raul (played by Michael Reventar) is shown both working in a blood bank and making donations, which according to Partnership propaganda videos, entitle people to free health care. Agustin (played by Miguel Gomez) meets with Raul, who is his cousin and asks for help breaking into the blood bank.

Dutch (played by Ruta Gedmintas) under the alias Miranda is tested by a doctor to see when she will be ovulating, and is revealed to be in a facility full of women, many of whom are pregnant. Flashbacks three months earlier show her with Agustin and Abraham (played by David Bradley). Agustin runs a trading business and refuses Abraham’s offer to join them in the fight against the Strigoi. When their building is raided by Strigoi, it catches fire and Dutch runs in to get the Occido Lumen. She hides the Lumen on the roof of another building but is caught by Strigoi in an alley and placed on a bus where she finds Abraham. They are taken to a concentration camp and get separated.

In the present, Dutch plans an escape from the facility to find Abraham. Meanwhile, Raul lets Agustin and his gang into the blood bank where they steal food being grown inside. But a guard catches them so Agustin brings Raul with them to protect him from backlash. 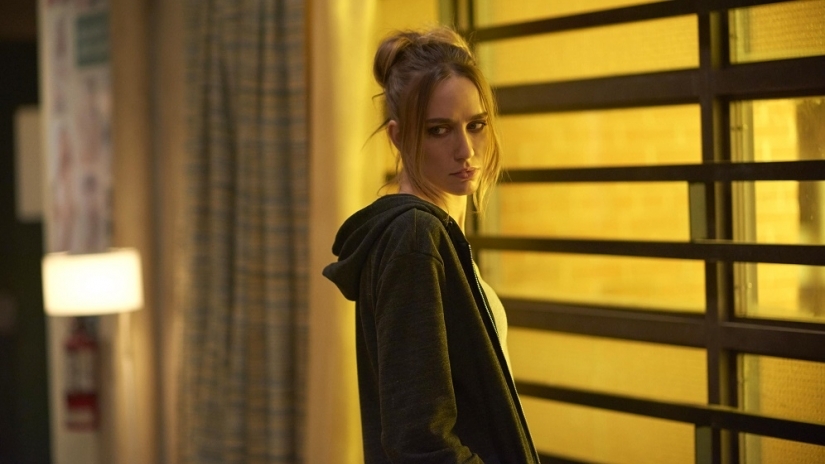 Agustin is always kept on the periphery of the main story only meeting up with the main characters occasionally. Explaining how he’s living in the apocalypse is great for one episode, but this won’t be compelling to watch the rest of the season. The sooner Agustin meets up with everyone else, the better.

Dutch, on the other hand had a great episode. It introduced another horror of Strigoi run America. It’s all the more disturbing because we don’t know exactly what they do with these women or their babies. Is it a blood farming tactic or are babies some kind of rare delicacy?

The flashback gave us more screen time with Abraham who has so far been absent from the story. This episode explained it with him and Dutch being captured. There was also a great moment where Abraham solemnly compared this situation with being in the concentration camps decades ago.

Dutch makes an escape plan with a delivery man after blackmailing him into helping and diffuses a riot when other patients begin panicking after one woman doesn’t return from a checkup. The manager, a Strigoi collaborator named Sanjay Desai (played by Cas Anvar), impressed with how Dutch calmed the women, offers her a job working for him. Disgusted with Sanjay’s willingness to work with Strigoi, Dutch coldly turns down his offer.

Meanwhile Ephraim (played by Corey Stoll) continues to treat resistance fighter Alex (played by Angel Parker) and, once her brother is safe, he prepares to take supplies and leave. However, when a scout returns and tells them his partner was killed, Ephraim realizes the Strigoi will use his past memories to find them. Using fertilizer bombs, Ephraim sets a trap and kills the Strigoi who raid the building and brings everyone to his home. 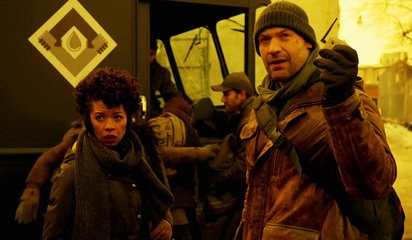 Dutch certainly has a way with people, scaring one person into helping her one minute, and calming a group of panicked women the next. Ideally in this kind of situation you want to rile the prisoners up for an uprising but a group of scared pregnant women don’t make the best fighters. It wasn’t smart for Dutch to blatantly challenge Sanjay, which was a connection she could have used later if she needed it.

And, just when Ephraim thought he was out of the resistance fight they pulled him back in. The Strigoi attack was a great action sequence and a perfect way to keep the reluctant Ephraim with the resistance. Now that most of the main characters have been re-introduced the season is kicking the story and action into high gear, which is much needed for the final season to go out with a bang.

Dutch finds one of the women crying in the bathroom. She’s had a miscarriage and worries she will be killed. Dutch tells the delivery man to help her escape and plans to leave the next week, but the woman panics and they’re caught. To avoid punishment, Dutch allows the guards to think the man slept with them and he’s taken away.

Ephraim comes up with the idea of poisoning the blood Strigoi pump into the public drains and Alex agrees to help. Dutch was almost home free but, ironically, where people have said that humans needed to stick together, doing so was her downfall. Ephraim was like a kid trying to join the others in a game but too shy to ask outright – deriding Alex’s plans and casually mentioning his own. But he’s back in the fight and now things should get more exciting.

“The book is safe professor.” “I’m not talking about the book Ms. Velders, but about humanity.”

With all these plans in motion to take out the Strigoi at least one is bound to work, right?

“I was a fool. I realize now that everything gained can just as easily be lost.”

Dutch might have to reconsider Sanjay’s offer since she may be staying in the facility indefinitely.