Sci-fi fans have a painful burden to bear when it comes to getting their television shows cancelled or truncated (I see you, Browncoats, I see you). Fortunately, for those who wish Buffy the Vampire Slayer was still airing or that they could watch another season of The X-Files, there’s another visual medium that works well in an episodic nature: good ol’ comics. Robert Kirkman’s The Walking Dead made the jump from 2D to 3D very successfully, and it works pretty well the other way around too. Here’s a list of series that used to be on TV and can now be found on the shelves of your local comic book store (find yours here), via the publisher’s website or through Comixology.

IDW probably has the honor of publishing the most licensed series, so this company is a good place to start. Aside from comics based on Doctor Who, Star Trek, a crossover between the two (!), Jurassic Park, and more Transformers titles than I know what to do with, IDW publishes plenty of stories with characters you may be missing. The first of these is The X-Files: Season 10 series, which began in June 2013 and is an continuation of the TV show and the film. It is under the direction of Chris Carter, the show’s creator, and written by Joe Harris. Art is by Michael Walsh, and the covers are by various artists. 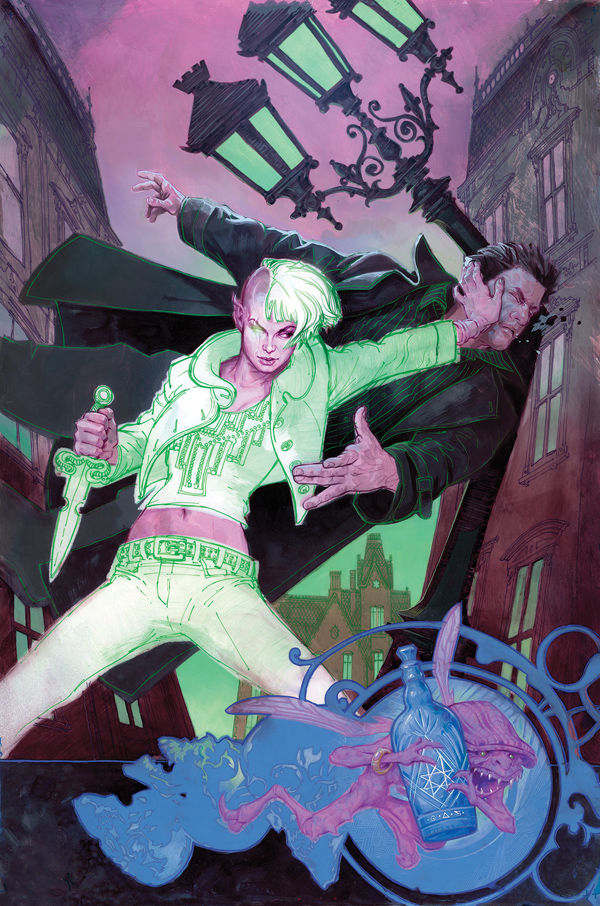 The multiple  Angel and Spike series both follow their titular vampires from the point where Angel the TV series ended. There are multiple series with Angel, but the easiest ones to pick up for both bloodsuckers are Angel: After the Fall and Spike: After the Fall by Joss Whedon and Brian Lynch, with art by Franco Urru.

The Teenage Mutant Ninja Turtles titles bring back the classic characters in butt-kicking style. They’re written by Kevin Eastman and Tom Waltz, and drawn by Dan Duncan. This show (like Ghostbusters) had comics back in its hey-day, but this series is a bit more recent. Teenage Mutant Ninja Turtles: Utrom Empire is also a currently running storyline. It’s written by Paul Allor, with cool art by Andy Kuhn.

IDW also just announced a Dexter’s Laboratory series written by Derek Fridolfs (Lil’ Gotham) and drawn by Ryan Jampole. If you’re excited by that then you should remember that IDW is already putting out Ben 10, Samurai Jack, and The Powerpuff Girls comics. Maybe Saturday morning just became Wednesday afternoon.

Dark Horse also holds rights to Buffy characters and puts out two main series: Buffy the Vampire Slayer and Angel and Faith. The Buffy title, with a Season 9 and Season 10, along with Angel and Faith Season 10, are the authorized next seasons of the TV show. Buffy the Vampire Slayer: Season 10  is being written by Christos Cage and Nicolas Brendon and drawn by Rebecca Isaacs. The art looks good in this series, and on Angel and Faith, which is written by Victor Gilscher, art by Will Conrad. And the cover art is awesome. 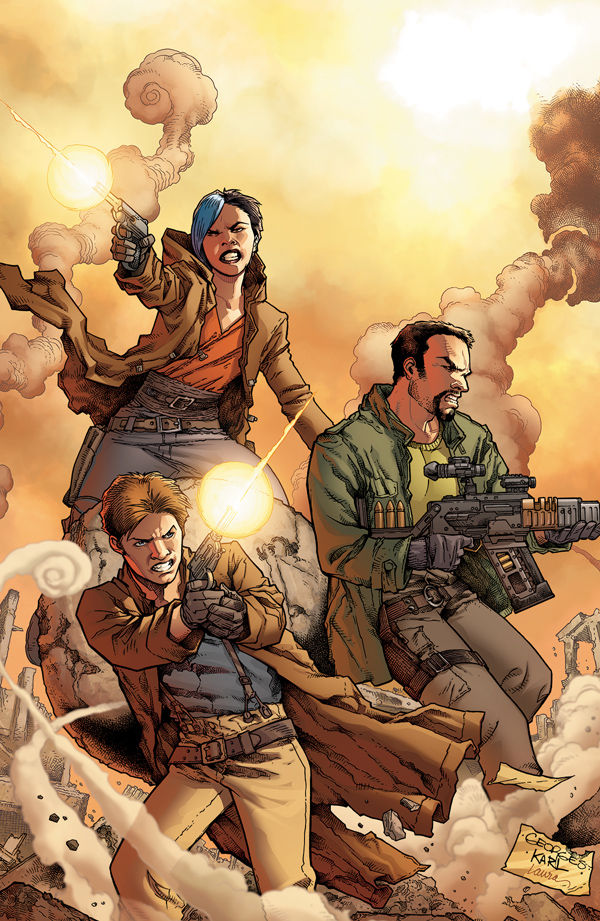 Serenity: Leaves on the Wind #5 Variant Cover by Georges Jeanty.

Dark Horse is also home to the other Whedon wonder, Serenity: Leaves on the Wind. It covers what happens to Mal’s crew after the film. It’s written by Zack Whedon and has the art talents of Georges Jeanty and Karl Story. Each issue is a nice 32 pages of comics and the covers are by various artists.

It’s great to know that even if the networks drop a series, it won’t necessarily die. Comics offer a less costly but still vastly expressive medium in which television writers can work comfortably—or in which another writer could pick up the story. And one doesn’t have to worry about the actors getting snapped up by other shows. Now if only we could get someone to license some of the TV shows currently teetering on the brink of extinction.