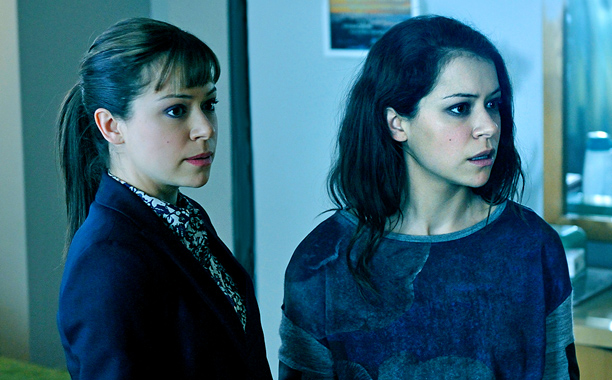 BEWARE: There is nothing here but spoilers and nightmares.

This episode should probably just be called “Why the Hendrix Family Needs to Be Heavily Medicated”. While we didn’t get the all clones to the rescue Alison breakout scheme that Cos promised, this episode had a generous dose of Alison’s rehab madness.

Fairly early on, Alison overhears Vic’s deal with Detective Pain-in-the-Face (who you might know as Angela), and enlists the help of Fe to deal with him. Too bad she had already told the slime ball that she had a hand in killing Aynsley, giving him the leverage he needs to use against her. That isn’t what sucks the most though. What sucks the most is that finally Alison had a friend, and yet again, someone she trusted turned out to be holding a knife. It’s stuff like this that put her in rehab in the first place.

Anyway, when you’re big and you’re bad, what do you do? You meet your problems head on. With Fe by her side, Alison confronts Vic. He’s set to meet Detective Pain-in-the-Face later on that day, but Fe reels him back with the mention of Sarah. Oh wow, someone still has feelings. I’ll tell you, Sarah must have an Xbox between her legs because the boys on this set just can’t stay away. Don’t even get me started on Mr. I-Have-No-Idea-Who-the-Hell-I-Work-for-Paul! Ain’t nobody got time for Vic’s B.S. It’s freaking Visitor’s Day at the rehab! Alison gets to see her kids, so she has to be on her best behavior to show that she’s making progress.

But on Sarah’s side of things, it isn’t going much better. Dr. Duncan has her and Mrs. S rummaging through his filthy hoarder’s house for a red box, refusing to leave without it. Cal informs her that whoever’s following them may have his and Kira’s location because they tapped into his computer. He managed to throw them off, but Sarah left Mrs. S and Dr. Duncan to check on her daughter and Cal. She gets to spend some time with Kira, but is off again when Alison and Fe give her an SOS call. 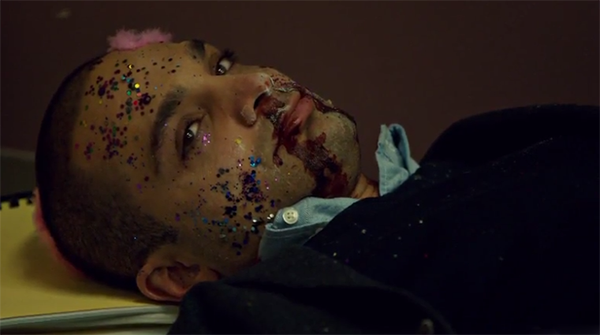 We have to sit through “Dear Sarah, you are a rock” and “For the love of Buddha” and “I want you back” until the nap time goodness Fe dropped in his tea wears off, and he kisses the floor. In other areas of the building, Alison gets to see her babies! (I really keep forgetting how they look…) Sarah gets roped into pretending to be Alison (yet again), and she does a shite job (yet again), but it’s hilarious! She has to roleplay Alison being Donnie as Donnie roleplays Alison. One word: awkward. Gah, Donnie’s such a twat, but he nails Alison’s body language. As this is going on, Alison and Fe carry Vic’s body (banging his head against the wall along the way) out of the room and find a place to conceal him from Pain-in-the-Face, who’s strolling passed.

Back in Alison’s room, Donnie storms in to see Sarah, Fe, and Alison. So, this whole time he had NO IDEA that his wife was a clone? Fe’s right: you can’t fake cluelessness. I knew the guy was a moron, but I thought he knew something. The hurt and anger Alison felt when she learned of her husband’s ignorance completely trumped the emotion she felt when she thought he was her monitor in season one.

Meanwhile, Cosima is fighting for her life. Cophine druggies will be pleased to know the skinship between the two did not disappoint. Delphine is Cos’ support system as she  is injected with a serum that is designed to reduce the masses found on Cos’ uterus. Painful business, but as always Cosima puts on a strong face.

There’s trouble in lover paradise when Cos overhears a conversation between Delphine and the newly hired Scott, who, if you remember, is Cos’ friend from America. The clone ear game is above extraordinary today! Of course, Scott tells Cos everything (BROS BEFORE HOES) and, for the first time, we actually see Cosima EXTREMELY pissed off, or maybe more hurt than anything else. She confronts Delphine. The treatment they gave her was made from the stem cells obtained from Kira’s tooth. So, ultimately, Cos’ survival depends on bringing Kira in to harvest more cells, a situation that all of the clones (minus Rachel, of course) have been trying to avoid.

Mrs. S. strolls into the Dyad to meet Leekie. Such a badass. Her aim is to wager Kira’s freedom from life in a lab with disks of the Duncans’ early research. According to Mrs. S, the plan is to divide and conquer. She learns, from her meeting with Leekie, that Rachel doesn’t know he’s the one responsible for the death of her mother and the absence of her father. 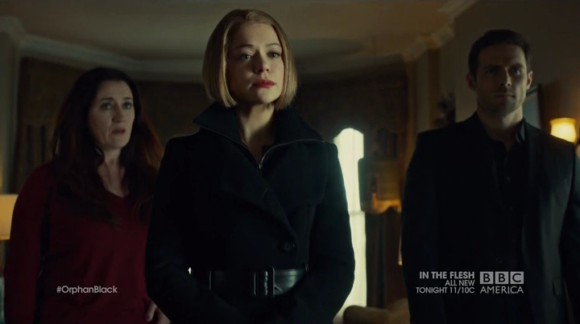 Speaking of Rachel, she ends up getting the opportunity to meet him after all of these years apart. I want to say Paul’s playing double agent again, but in all honesty, I have no idea who he’s truly working for. I still don’t think he knows. He tells Dr. Leekie that Sarah found nothing, and I’m guessing he brought the information about Duncan to Rachel, but I’m almost certain he did that for Mrs. S. It doesn’t matter anyway because Leekie can tell that Paul’s lying. He can never lie when it comes to Sarah.

So, we’re back to calling him Grandpa Leekie because, clearly, he isn’t running a damn thing in OB, especially not Dyad. With the new knowledge about the man that raised her, Rachel looks even more pissed than she usually does (yes, that’s possible) and Grandpa Leekie looks terrified. Graciously, she gives him a head start, but it’s clear that Rachel intends to take a life for a life. Strangely enough, even she has someone to answer to. A woman, Marian Bowles, who Leekie discussed Rachel’s usefulness with earlier, gives Rachel the gold star for carrying out an execution on Grandpa Leekie. I wonder who the hell she is. I’m thinking this is the mastermind big wig running the show behind the scenes at the Dyad. 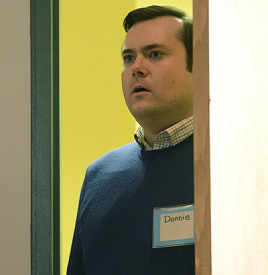 Grandpa Leekie RUNS out of the building, RUNS. He might’ve made it if he could get a cab. No, it isn’t Rachel or one of her goons that lays our grandpa to rest, it’s Donnie. Yes, lame-o Donnie Hendrix. He gets Leekie into his car, intending only to confront him. Leekie comes off as such a douche toward him, but the gun in Donnie’s hand fires off as a mistake. Donnie bangs it against the steering wheel and the thing fires off. Whoops! Well, you saved everyone a lot of time.

While no one can mistake me for a Donnie fan, I ended this episode hoping he and Alison could work their marriage out. Once I discovered that Donnie was just genuinely stupid, he gained some major sympathy points from me. I feel bad for the lummox. Plus, way to go killing Leekie! Next week, I think he’s going to be AWOL, judging from the preview, but maybe they’ll get on the right track before the season ends.

Oh, also, there’s only three more episodes left in season 2. Close your mouth. I know, that went by too quickly. No, it’s only 10 episodes a season. A word of advice, kiddos: hold on tight. I have a feeling the crazy stuff’s about to hit the fan.

By the way, where the hell was Helena this episode? Is she okay? How much do you wanna bet the next time we see her she’s gonna be pregnant? Damn, Sarah, you should’ve just gone to the stupid police station.