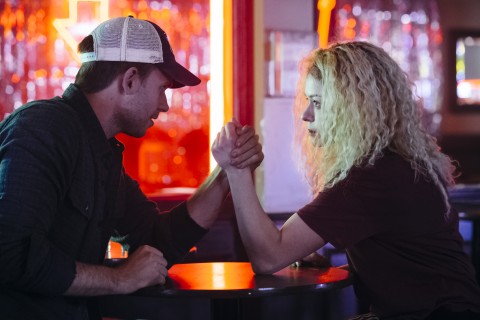 I am scared for Helena.

Everything was okay in the beginning. It was beautiful.

Here, let’s rewind a bit. Sarah and Helena go on their first road trip together to discover what happened to Dr. Ethan Duncan after Project Leda. This adventure is topped off by a sisterly tent scene and a sing-along to “Sugar, Sugar.”

The Cold River that Helena mentioned in a previous episode is actually The Cold River Institute. Helena leads them to a church where the deceased Maggie Chen tracked Dr. Duncan. Sarah poses as a student to get permission to check out the archives, finding loads of grotesque Cold River experiments.

Meanwhile, like any kid bored with being left in the car to their own devices, Helena wanders out. Her curiosity leads her to a local bar where she orders an array of colorful drinks (anyone else curious about how she paid for these?). She meets Jesse after he shoos away a truck driver (?) guy, and the two instantly hit it off. Our seestra can sure hold her liquor. Helena and Jesse down several drinks and arm wrestle. 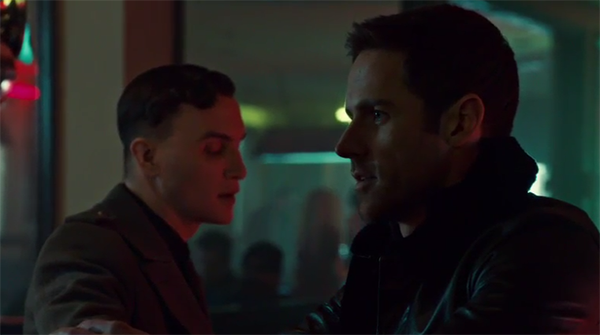 The normally watchful Helena has her attention completely captivated by Jesse, so much so that she doesn’t notice Paul or Ari on the other side of the bar. Paul has been tailing the girls closely since the start of their endeavor, but Ari? How the hell do these Prolethians keep finding her? Does being crazy enhance their sense of smell? Did they follow a trail of candy wrappers or something?

Anyway, Paul and Ari come to a sort of an agreement. There really is no reason for the two men to fight when their interests can be divided evenly. Ari would wait until Helena drank herself unconscious, then haul her back to the Prolethian Hive in the woods, and Paul would continue to track Sarah, waiting for the perfect time to nab her, too.

Ari soon gets his chance as Helena and Jesse go all “unleash the dragon” on the guy from earlier, along with his gang (apparently jealous about this thing you make out session). Helena gets dragged away to jail by the local police, and guess who shows up to greet her? Sadly, it isn’t Jesse fulfilling the knight-in-shining-armor moment we were all waiting for, but that redheaded Gracie and Ari who bail her out. And what was Sarah doing you ask?

Oh, she was on her way in search of more clues with a hunch about where Duncan was hiding.  I’m sad to say that Gracie was right, Sarah wasn’t coming for Helena and that royally pissed me off, especially since the guys whose butts she kicked didn’t press charges and she got released without any hassle. Now, Helena is being carted off to the crazy farm with those psychos in hopes that she can get her babies back (YES, PLURAL). I’m going to need to be sedated after next week’s episode. I can already see that. I was going to finish Sarah’s bit, but I’m so upset with her right now,  we’ll have to come back at the end. 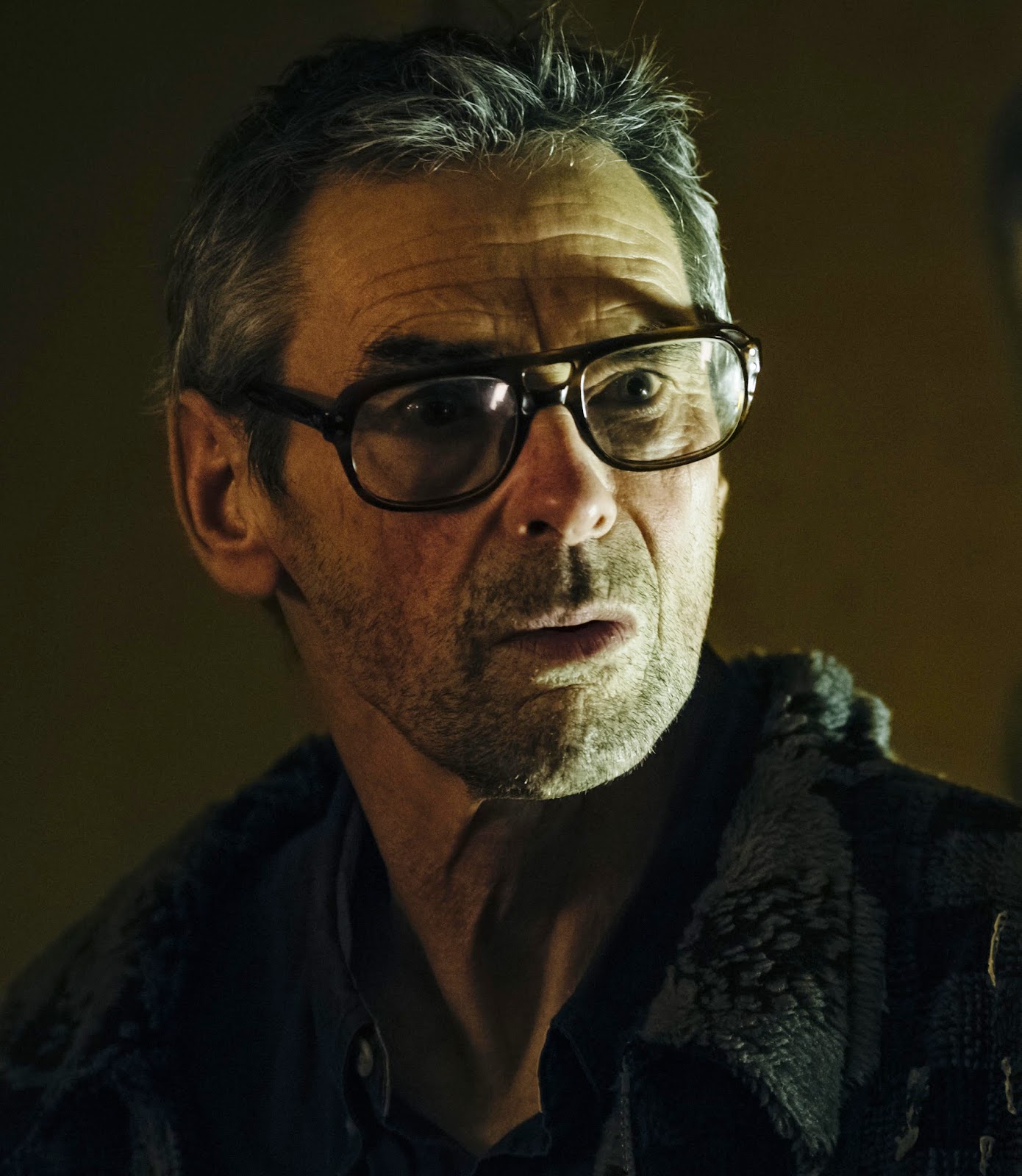 In other areas, Art walks in on a very intoxicated Fe getting his mad artist on. With some tough love and a coffee pick-me-up, Art convinces Fe to help him connect a few dots with the stuff he found in Helena’s storage locker. Every piece of this madness collected will put my nerves at rest!

Cosima’s getting worse (so yes, we have to hear her be all “Yeah, I’m awesome *insert sarcastic, witty remark and laugh here*), but hopefully not for too long because her friend from California, the geneticist, came to work with the Dyad (against her will, of course). He knows all about the clones except that Cos is one of them. I wonder how long it’ll be before she tells him. It seems like it won’t be an easy secret to keep.

Speaking of secrets, Vic has quite a few of them. You remember Vic, don’t you? From season one? Sarah’s abusive, irrational, crazy ex that went toe-to-toe with Alison and Paul and lost each time. Alison meets him in one of her group sessions, and she begrudgingly becomes closer with him. Always the funny firecracker, Alison is surprise by Vic’s way of calming her anger and controlling the situation with Donnie without getting violent. Too bad our Alison isn’t hip to the new monitor on her tail. No, he doesn’t work for the Dyad Institute, he works for none other than Officer Pain-In-The-Face, who’s been missing for awhile these last few episodes as we focus on more important things. She has enticed Vic into working for her by promising to get rid of his criminal charges, in exchange for information about Allison and her relationship with Sarah. I’m hoping Vic turns out to be less of the jerk that he was last season and backs out of this little arrangement. 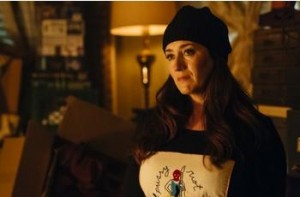 I suppose we should mosey on back to Sarah, huh? Well, as you know, she abandoned her sister at a police station in an unfamiliar town with strange people like a monster, and therefore, we can kind of sort of say that it’s all of her fault that the Prolethians swindled Helena back to the crazy hive. In her defense, she had something. Sarah tracked Duncan’s possible location and you’ll never believe who answered the door! It was Mrs. S!

Well, that’s an easy one because she basically specializes in pop-ups and surprise appearances. Is it just me, or does Mrs. S progressively get more and more gangsta with every episode? I mean, look at that getup. Can you say, “Bone Thugs-n-Harmony”? Mrs. S drops the bomb that Duncan’s name has been changed to Peckham, and her organization has been hiding him from Dyad ever since the termination of Project Leda. Who the hell does Mrs. S work for? Don’t tell me there’s another mastermind superpower hiding in the shadows of OB. Ugh, I just hope these are the good guys. I mean, I’m pretty positive that Mrs. S is Team Sarah and she wouldn’t be grouped in with some crazies. She even managed to go out to the car and entice creepy stalker Paul to join her team. So, I was right in my last article: Paul has no idea who the hell he actually works for. He just takes orders from people. Oh lawd, is Paul the OB puppy? Is he our mascot?

Anyway, Sarah gets the chance to weasel some information out of Peckham, who seems VERY mousy if you ask me. Did anyone notice that he seemed to have lost a few hundred marbles? Peckham tells Sarah that Rachel was taken from him and his wife was killed by the Dyad with Leekie spearheading the entire operation. So, you mean to tell me Grandpa Leekie has some fangs in those dentures? My first thought: COS, DON’T TAKE ANYTHING HE GIVES YOU.

Awesome. So, I’m officially a mess. Not only do I have to worry about Cos being sick, Alison going mad in the madhouse, but also Helena should be on constant brainwash protection watch. How am I supposed to sleep?