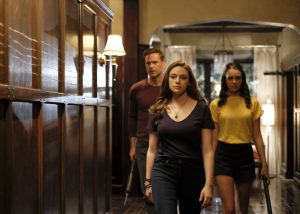 Legacies Doesn’t Live Up To Its History

If I’m going to talk about Legacies, I suppose I must first give some credibility: I’ve seen a fair bit of Vampire Diaries. I’m familiar, to some degree, with the lore. I’ve also seen and read my fair bit of things like Twilight, The Magicians, and Buffy the Vampire Slayer. I know my way around the very specific subgenre of a teenage/young adult in a secret magical world dealing with adult life issues.

And Buffy, to my mind, will always be the best show in that genre, but we can’t always go comparing shows to the best of their kin, so, how does Legacies do with this well-worn ground?

Well, uh, not well. Not terrible either. But, when on the third episode, I honestly thought “I want to do something else” that’s not a glowing endorsement.

Vampire Diaries genuinely blew my mind, back when I was a teen, as it was one of the darkest and “adult” shows I’d watched. One of the vampires hijacking a teenage girl, using her for debauchery, and then killing and converting her was shocking.

But Legacies has the downside of being much too late to the party. They literally reference Harry Potter in the first episode and don’t even try to avoid the comparison (they even share the “Silencio” spell) and that’s, uh, bold, I suppose.

But also, not helping their cause here. 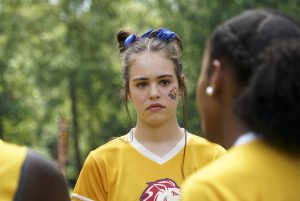 Legacies is a show that suffers from a simple lack of originality. And when it’s already aping stuff from better things, it’s not great that it’s also thoroughly a CW show. The CW has a habit of all its characters having a style of dialogue delivery that’s just not as clever as it wants to be, and doesn’t sound like how young adults really talk, and, of course, there’s the honestly rather silly practice of trying to make every character eye-candy all the damn time.

Two characters are living in the woods, off rabbit meat, and they look immaculate, for instance.

And, while we are on the characters, oh boy do they fall flat. I like how they’re trying to go for a more robust, inclusive group, with a lot of representation for minorities, but everyone talks the same, everyone has this slightly harrowed look to them, and they seem to want to define characters exclusively by what’s wrong with them. 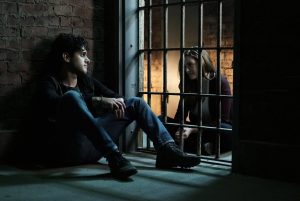 “Damaged” is not a real character trait.

Like, watch the first few episodes and answer me this question: what is any of the characters hobbies, interests, likes or dislikes? What do they do for fun besides generically party or make out or drink? These are not characters, but figurines with emotional baggage.

Now, the plot at least is somewhat interesting. Get past the derivative and cliché and you have, at the very least, a setting with some interest to it. A world with vampires, werewolves, and witches discovers that the whole width and breadth of mythology is both real and gunning for a knife that can end the world is an interesting overarching plot. While it doesn’t seem like a setup appropriate for something this attempting to be grounded and small scope, it’s at least promising fun. The writers are free to set up all manner of insane battles and interactions with this idea and can really do some cool stuff with how powerful Vampire Diary vampires are, and pair them with even more insane monsters for fun fights. 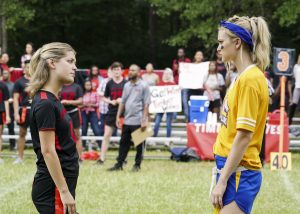 Legacies Needs A Better Budget For Its Conceit

Now, I say that, but the first three episodes also have a lackluster effects budget and the two biggest fights have mostly been solved by someone chanting in another language at rubber-suited monsters or CGI blobs that look like something from the Sci-Fi Channel on a bad day.

So, how can I say this show is “fine” when I just gave it a massive takedown? Well, it’s still watchable. It’s paced well and has gorgeous set design and has just enough cool moments and action scenes with genuine lethality that you can popcorn your way through it. Legacies is clearly a show for teenagers, and if it’s your first exposure to this strangely prolific subgenre, it’s not a terrible place to start.

For those newly dipping their toes into Urban Fantasy, Horror, Monster Fiction, Teenage Drama, or simply wanting to watch a show that’s a little more adult and challenging for, say, a 13-year-old, then sure, give it a look—but graduate fast.

Because there are way less wastes of your time. 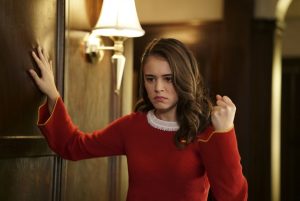