This piece was written by B.K. prior to the release of Day Men #3 yesterday. That being said, the information contained herein is still of value, as it is essentially a review of the comics for the purpose of informing you, the reader, on what you should consider purchasing, at least as far as this art form is concerned.

Trust me, I know how difficult it is to keep up with serial comics. Once they start coming out you either find yourself repeatedly asking after that elusive Issue #5, waiting until the release of the first trade paper back, or just throwing your hands up in despair. So, in the case of the amazing Day Men, my loss is your gain. So far, there are only two issues you need to find. 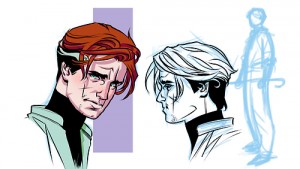 The first issue of this supernatural, neo-noir adventure came out in July 2013. That issue sold out and BOOM! Studios had to reprint it by September, and then the second issue was delayed until December. Issue three is slated to drop March 5th. This means you should have the time to find and devour those two issues before the third one. (Controversial Tip: Go digital. They don’t run out as easily.)

Day Men was created by Matt Gagnon (Freelancers) of BOOM!, and he’s co-writing it with Michael Alan Nelson (DC’s Supergirl). The artist in charge of bringing the attractive cast of characters and the tantalizing world to life is Brian Stelfreeze. Stelfreeze is known mainly for his cover art, but he drew plenty of panels for Marvel’s Domino and DC Wildstorm’s Matador. He hasn’t done a full series like this for nearly a decade, but perhaps this is because he really pours his all into what he does.

The story centers around David Reid, one of the titular Day Men. He’s recently begun working for the powerful Virgo family, paying off whoever needs to be paid, retrieving relatives who have gone on wild benders, and guarding precious resources. If this all seems like the makings of a crime drama, you’re not wrong. It’s just that these “50 Families”—of which the Virgos and their rivals the Ramses are two—are undercover vampire covens. David is a highly-trained enforcer who works in the day while his employers are doing their necessary hibernation. But aside from that he seems like a pretty average guy. I think that’s a good part of his charm. He’s quick-witted, but he’s young and he clearly doesn’t know everything. He’s brave and can take of himself, but he also shows a realistic amount of fear in certain situations. And there’s a lot more to his backstory than we have yet seen. 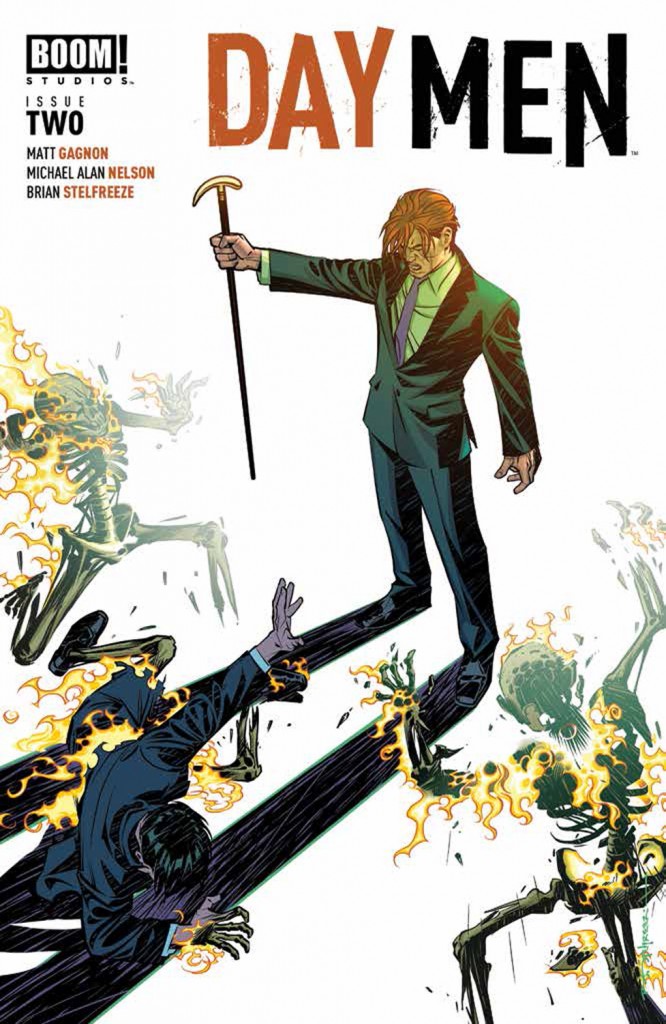 As for his vampire bosses, these are vamps the way they should be. They are potent, charismatic, and dangerous—despite their weakness in the sun. They can kill people easily, and sometimes they do. But apparently they have decided to live in the world of humans and thus hide their true nature to use their longevity to their advantage. I really appreciate that they are impressive but not invincible. This is a world of both designer suits and designer fireproof coffins. One feels that a power struggle within the families, or with outsiders, could result in actual destruction.

These vampires, like people, are also individuals as much as they are supernatural creatures.  Some of them are more moral than others, some are using their power industriously, and some have gone the way of deadly hedonism. None of them strike me as that caring or altruistic, but it seems they can form emotional attachments. Because the readers follow David around, there is a bias toward the Virgos. He sides with the them, so we’ll probably be doing likewise. The head of the Ramses family also seems to have a nasty habit of indulging his more violent desires. But, as we soon discover in Issue One, he isn’t the only one. 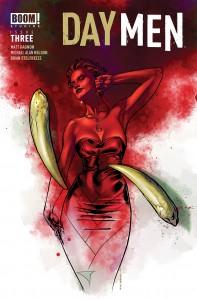 But this is where that neo-noir element comes in. Stelfreeze’s beautiful panels are full of shadows. Even in the daytime, there are always shadows. The art reinforces the idea that, despite the very clear divide between day and night for the vampires and the Day Men, nothing in this story is really black and white. Reading these two issues, I found myself wary of what goals the Virgos professed and I only really trusted what David said. But there’s plenty that he’s not saying as well. So while the art itself provides more clues to work with in these jam-packed issues, I have a lot of burning questions. Day Men is mystery, crime thriller, and vampire epic all rolled into one attractive package, and so far, it has been very much worth the wait.