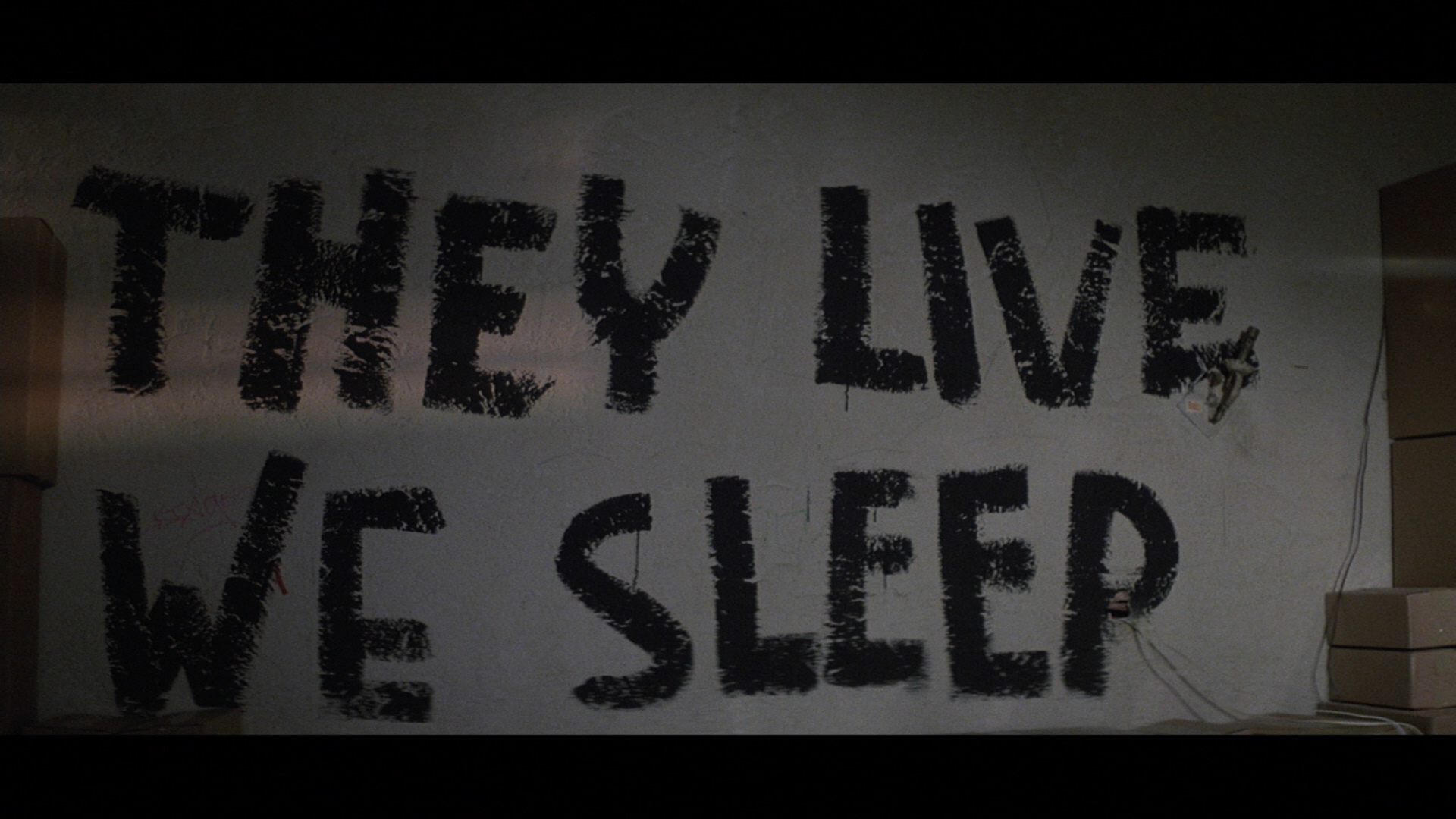 As a self-proclaimed and certified Newbie, every week it is my goal to throw myself headfirst into all things sci-fi, specifically peering into some of the most critically acclaimed TV shows and movies! I check out the show in pure tabula rasa fashion, with typically nada knowledge about the premise and letting the work speak for itself. Afterwards, I will give you the most honest of honest opinions and retreat to my phantom castle on the other side of the internet.

In this week’s Confessions, I visited the Captain of Badass-ness for my viewing pleasure. Of course, I’m referring to Mr. John Carpenter and his film, They Live (1988).

A drifter called Nada (Rowdy Piper) finds himself in Los Angeles, working in construction and living in a shelter. Things get a little ruffled when he discovers that the local church is actually a cover-up for an organization wanting to “wake people up”. With the help of some revelatory sunglasses, Nada discovers that class stratification isn’t just unfair, it’s downright otherworldly. Would you believe that poverty and inequality was brought on by aliens, bent on designing our world to subliminally force us to “OBEY” and spend money? 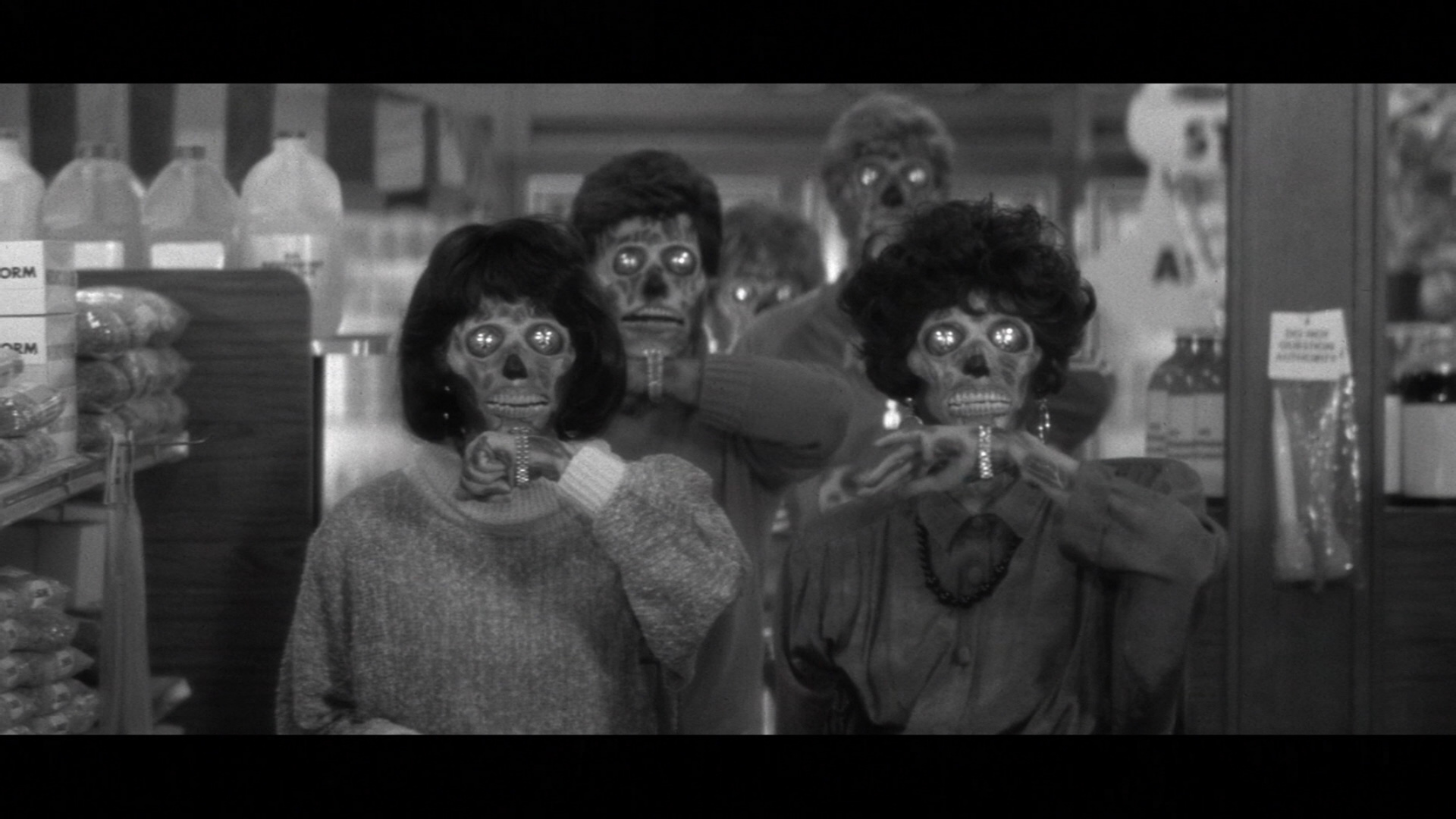 They Live is an action-packed film, complete with an arse-kicking protagonist, some cool shades, and a conspiracy theory that will definitely leave you with a “hmm.” Not only do the aliens control the human population, but they also are the cause for global warming and the depletion of resources. Wow! So, it wasn’t us this whole time?!

Sadly darlings, this movie was simply not my cup of tea. While I am a fan of Carpenter and this film brings a comedic excuse for a current problem, I wasn’t too enthralled. It was hard for me to really get interested in this film. I even fell asleep once! Perhaps, it was all of the fighting scenes. I think you have to have a very specific penchant for fighting, guns, and explosions to really enjoy this film. It was too much for me. There was a (very LONG) scene where Nada and Frank (Keith David) beat each other to a pulp because Frank kept refusing to put on the glasses and see the city for what it really was. After a point, watching two guys pulverize one another (especially when you know Frank is just going to end up wearing the glasses anyway) gets frustrating and, to me, excruciatingly boring. I think it was intended to be funny, but I missed the joke. When Nada first started wearing the glasses, I was involved, my curiosity was piqued, but after that I was vacationing at a motel in Snoresville.

Would I watch this again? Eh. Is there money involved?