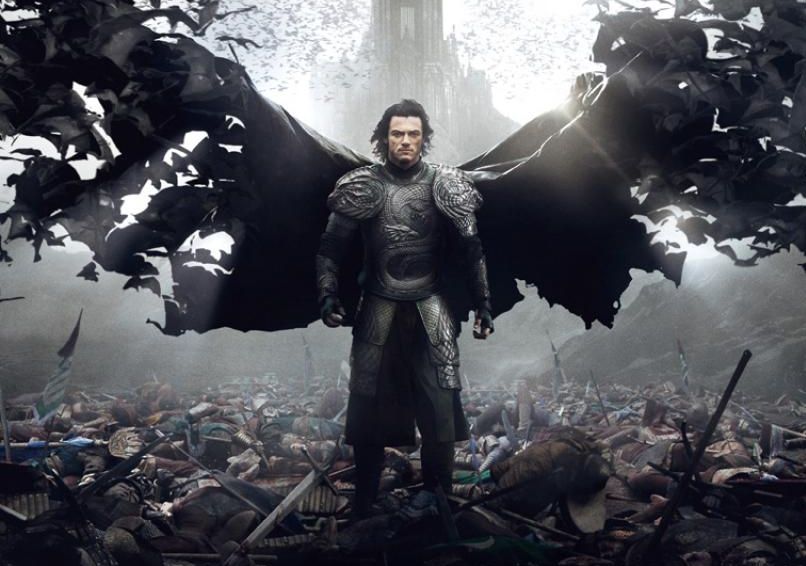 You have to understand that I was not on this team. When I read the words Dracula Untold, it had the same effect on me as reading Leprechaun: Back 2 tha Hood or Leprechaun in Space (please google these monstrosities, children). I clicked on the trailer because what the hell, why not? I see this guy in full on Game of Thrones attire and the side eye just manifests itself on my face all on its own. What is Hollywood going to make us sit through now? How can people actually think they’re going to make money out of this?

In 2014, we know who Dracula is. Some of us know Dracula better than we know our fathers. We got Dracula T-shirts, shoes, ball gowns, dresses, sandwiches, memes, tattoos, toys, websites, brand names, lifestyles, wedding themes, movies, posters, bands, TV shows. If you thought, as I did, that there was nothing left of Dracula to stretch, mold, and hang to dry, we might’ve been wrong on this one.

Dracula Untold looks interesting as hell. We’ve never seen an adaptation focus on Dracula’s origins. I haven’t read Bram Stoker’s book version, but our Dracula has either been a complete bloodsucking monster or a devilish aristocrat. I’ve never seen the guy on a battlefield. In fact, how much is there really known about who Dracula the man is? Every movie or show adaptation has been during or post-vampire transformation.

Dracula Untold ignites an old story with a new beginning. Vlad Tepes (Luke Evans) is a ferocious warrior, a renowned fighter and champion for many. It is this man who will become the vicious, ruthless, and iconic Dracula, the very first of all vampires. His descent into this darker world is prompted by the need to protect his family from a greater evil. This film will chronicle the destructive path of a good man with good intentions overcome by the sinister nature of his newfound capabilities. It’ll make you question how far you would go for the ones you love. How much is too much to save them?

Well, I’m curious. For starters, am I the only person that went straight to Rumpelstiltskin in Once Upon a Time? C’mon! Boy being forced into the army. Father turns to dark magic to help his son, but becomes corrupt. C’mon! Rumpelstiltskin!

Anyway, the film is set to come out October 17, 2014. This is the third time they’ve changed the release date, so fingers crossed that it’ll be in theaters by Halloween!