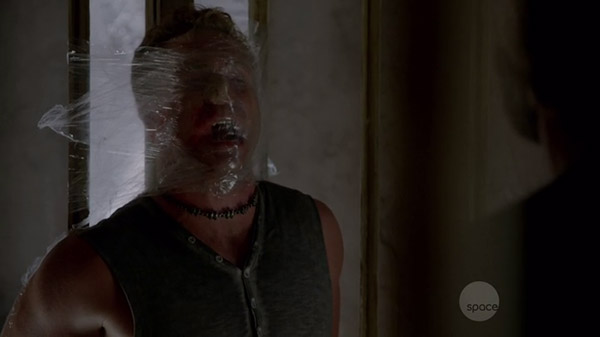 Mayday! Mayday! We’ve got bigger problems than psychos in Stonehaven. Jeremy’s leadership is challenged by a rogue Mutt. The poor guy, Samuel Boggs, knocks on Jeremy’s door and thinks he can take the Alpha down. Big mistake. Clay WWE’s him and punches some sense into him. Psh. “Word is the Pack’s weak.” Did that feel weak to you, Mr. Boggs? Did that punch in the face feel weak?

But it really doesn’t look good for our Pack. Jeremy sends Nick to reach out to the Stillwells for backup. Nick discovers that Dennis Stillwell has been murdered and left eyeless, while Stillwell’s son is missing. Nick is now tasked with an intense clean-up job and completely shaken by the entire experience.

On Elena’s end, she decides to move in with Philip. (Am I the only person who thought they were already living together?) Elena, trying to be Mrs. Stepford again, agrees to host a bridal shower at Philip’s. These are the parts where I just get uninterested. Philip’s cute and nice, but he and his family are so whitebread, you know? Just plain. Just unexciting. Just safe. Like a tricycle. Like a retirement home. Philip’s sister, Becky, has a breakdown before her wedding, and I just don’t care enough to tell you about it, kiddos. I mean, where is Clay? Can we just have more Clay? Preferably shirtless?

I have two things to say about these scenes. First, I hated Elena’s look for the wedding. The dress was bleh (different “bleh“) and so was the hair. Philip’s other sister, Diane, looked way better than everyone there (even Becky, the BRIDE). Next, Santos had the nerve to show up and proposition Elena. I knew he was fishy. I knew it, and now everyone else knows it too. Oh, and we found Stillwell’s eyeballs, everyone. 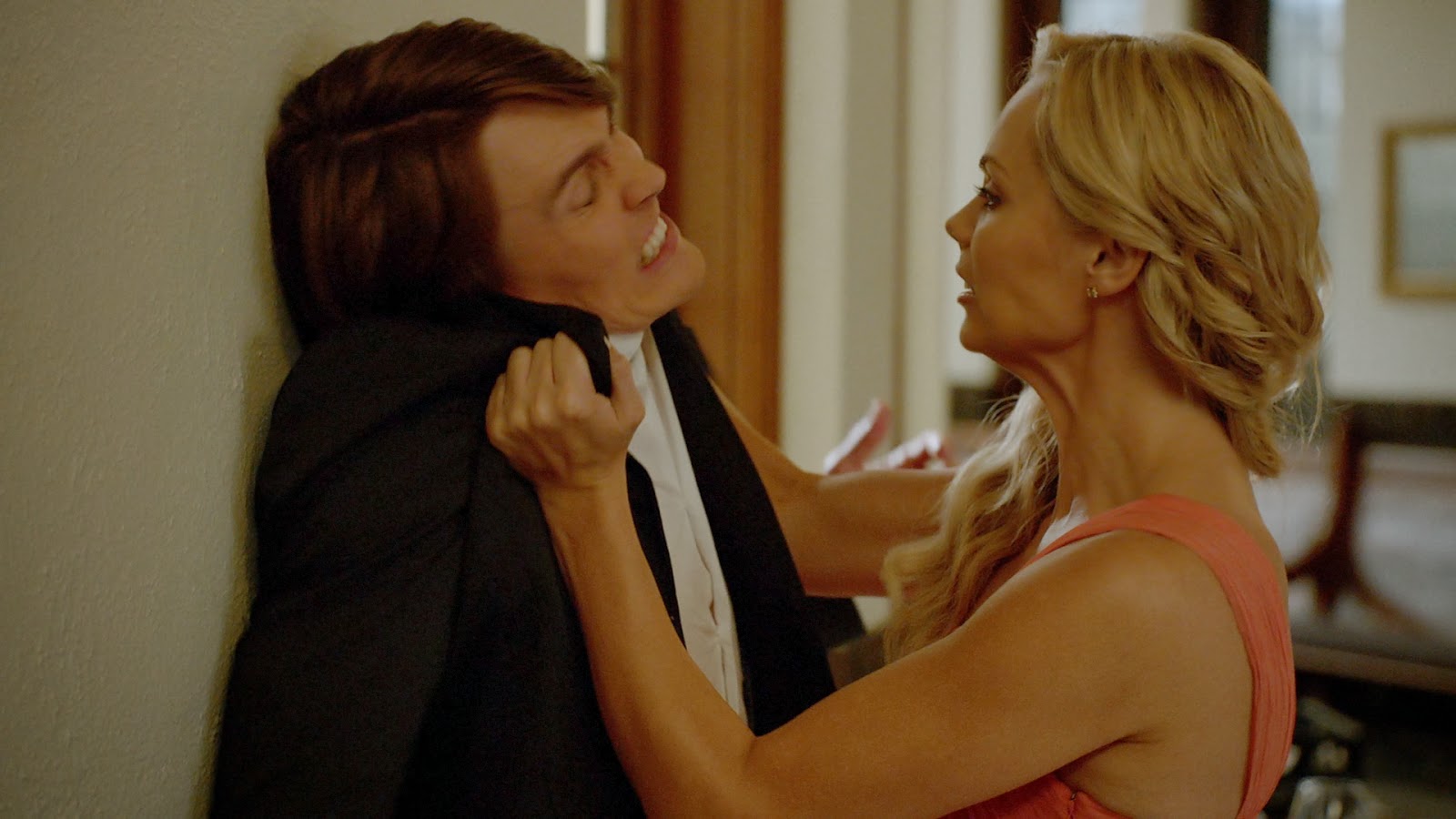 Rachel’s pregnant! If anyone forgot (because she’s never around), that’s Logan’s girlfriend. I had a feeling they might throw that in there. What I didn’t expect was the fact that nobody was happy about it. I mean, Logan said Rachel already knows everything, except the wolf thing obviously. The kid’s going to be a wolf right? Or at least, there’s a chance, so he’s going to have to tell her. I have a feeling Jeremy isn’t going to be too pleased. Logan, and even Rachel, didn’t react well to the news. But I’m excited for the baby! A cute little pup to soften up all the seriousness. Wouldn’t that be adorable? A little kid on the show?

Back to the gore! Clay ends up torturing the Boggs guy (get this: with saran wrap). In my opinion, it was completely unnecessary, but Jeremy wanted to make an example out of the man. Clay thought it was unnecessary too. He didn’t want to do it, and he felt horrible afterward. I think I might be a little weird, though, because I always find it so attractive when there’s a cute guy torturing someone in a scene. In Orphan Black, I thought Paul was cute, but the second he got all scary and started threatening Victor with a nail gun, I was ready to get married.

Moving on. The episode ends with Elena going back to Stonehaven (leaving Philip high and dry). I knew she was going back. I’m wondering about her reasoning, though. Clay called her and asked her to come back (I love how he calls her ‘darlin’). Is that why she returned? Is she unable to resist his call? Or is it because of Santos not respecting boundaries and almost putting her in a sticky situation?

I also wonder about the Mutts. As a viewer, I’m inclined to be Team Pack because the show’s told through the Pack’s point of view, but what about the Mutts’ side of the story? The Pack really does seem cruel with all of their rules and those “Mutt Hunts” of the past. Also, that bit about Mutts not being able to settle down, and Clay having to harass them. Is the Pack overdue for a rebellion?

And is the Pack really weak? For starters, where is the Pack? You can’t tell me it’s just the six of you guys. They mentioned other Pack families, so I’m thinking there is a collection of them, but where are they? All of the Pack wolves need to come together and get the Mutts under control! We need you to be at Stonehaven, helping Jeremy out. They’re killing people over there!

If you enjoyed Keyoka’s review, you can find the rest of her vork right HERE on Sci-Fi Bloggers. You’ll see an abundance of it during our Day of Blood tomorrow! Bleh! You can also follow her on Twitter @keyokakinzy. Bleh.