If you have seen the official trailers for this film, I won’t be spoiling anything. If not, be wary.

Cards on the table, I have never time traveled and I am not a time travel expert. But what I do know is when time travel seems to make sense (thanks to Back to the Future and Doctor Who), and when it’s a good storytelling decision. In the case of X-Men: Days of Future Past, I think the use of time travel fulfills both of these criteria. Feel free to better analyze the feasibility of someone’s consciousness traveling through time, but I believe that in the big picture it works pretty well. It’s also the best choice one could have made in terms of joining the old and new X-Men franchises, and ensuring that the new series has a viable future. After watching this film, I think it’s safe to say the X-Men are back as cinematic franchise players. 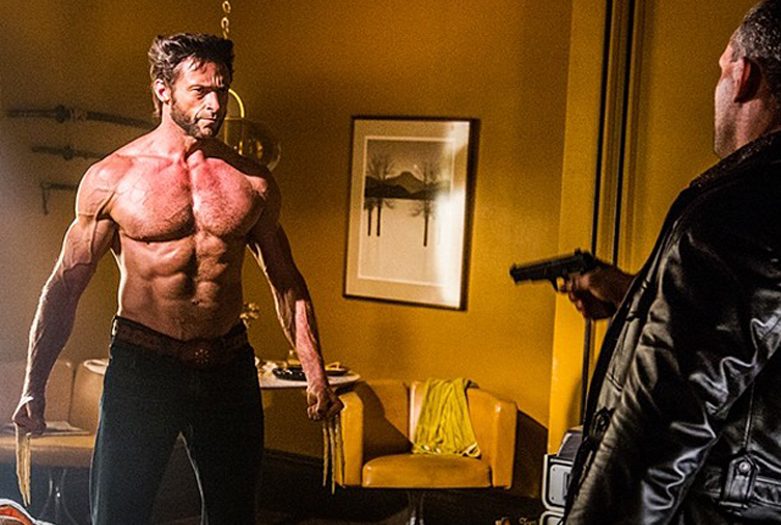 Personally, I’d go for the swords on the wall.

Bryan Singer’s X-Men: Days of Future Past, however, is not the same story as that of the comics. Fans of Kitty Pryde especially may be disappointed by the fact that, although she is instrumental in the X-Men of the future being able to influence the X-Men of the past, she is not the one doing the mental time travel. This role falls to Logan simply because within the story his brain can handle the potential damage, and in terms of movie business he’s the franchise’s most recognizable character. His mission is essentially to reunite Charles Xavier and Erik Lehnsherr and, with their aid, prevent the assassination of Bolivar Trask, the man who creates the unstoppable, mutant-hunting Sentinels. Logan’s goal is simple enough, so it’s the rocky path to accomplishing it that creates most of the movie’s drama.

Similar to the recent Captain America: The Winter Soldier, the film focuses on the characters just as much (if not more) when they are out of superhero mode as when they are in it. Perhaps not all of them were written in a completely satisfactory fashion (Kitty…), but most of them were intriguing, amusing, or sympathetic characters first, and cool superpowered beings second. They were also depicted as people just like the rest of us, who try to do the right thing while struggling to be brave or strong enough to really make a difference. 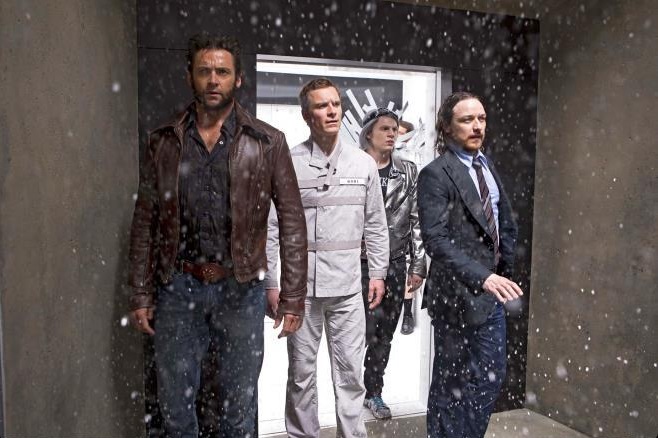 Spoiler: No, it’s not snowing inside the building.

There are a lot of familiar (Mystique!) and new faces (Peter!) to be excited over, but the film especially focuses on Charles Xavier, and who he was before he was the leader and mentor to dozens of mutant students. His relationships with his contemporaries (primarily Raven and Erik) and to the Logan of the future form the emotional core of the film. Because of its whole premise, the movie questions whether events can ever be altered or if everything is prearranged in time. It also applies this concept to people, and whether one can or should give up on someone after a certain point.

Perhaps this is not be the best film you’ll see this year, but the fact of the matter is, in comparison to the popcorn action flick that was The Wolverine (2013), or the dismal 107 minutes that were X-Men Origins: Wolverine (2009), this film is downright fantastic. Days of Future Past, like X-Men: First Class before it, also has a style distinct from that of the original trilogy and the uneven spin-off films. I think the amount of effort that was put into its design is definitely in its favor. The film is a superpowered-fight-filled, time travel, adventure film set in the 1970s, which also happens to be the biggest intra-franchise crossover since Avengers. It might be a little difficult to walk into this film with zero knowledge of the X-Men, but all things considered, I think one could still enjoy the majority of it. 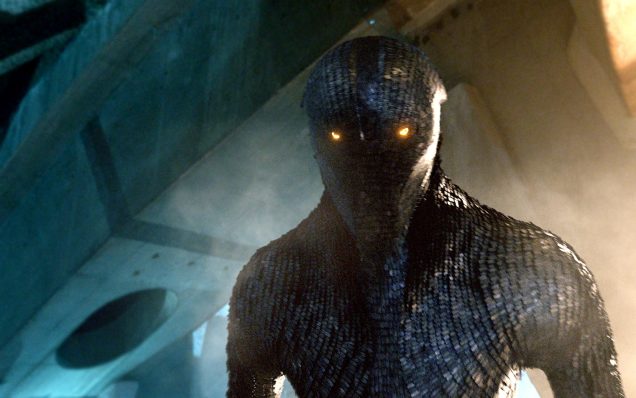 Basically they are as scary as they look.

That being said, I liked it primarily as a superhero film. What it may lack in the comics’ canon Holocaust-type imagery, or stronger social rights themes, it counterbalances with moments that, for me, do try to capture the true X-Men spirit. The reason for that was probably that its creators knew it was a superhero film, and were not ashamed of that fact. They embraced the story they set out to tell and told it fairly well. This is a “superhero film” with its own stylistic flare, but it also fits snugly into the genre’s upper tier of entries so far. And I know it’s a Marvel superhero film because, despite the pain and loss experienced by the characters, the story has hope at its heart.