(One of the most evergreen articles I’ve ever written, it’s still super relevant today. Worth rembering whenever some new Marvel movie gets slammed by critics.) 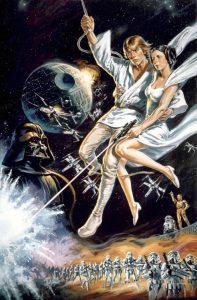 Novelty Does Not Ever Equal Quality Media

The thing about reviewers and critics is that we sometimes get overwhelmed with the sameness of media—and thus crave anything unique. The average person gets to watch maybe a few movies a month, and binges one show or two in the same time frame. That means that, though by no means universal, it’s harder for normal viewers to get bored. Stories can feel much fresher. But, once you understand standard Hollywood script practices, it’s like knowing not only how the sausage is made, but how sausages will always taste.

This is why, along with these films having genuine merit, critics like me enjoy experimental fiction and subversive fiction more than usual viewers. If you’ve been on Rotten Tomatoes and seen a big divide between critic ratings and audience ratings, this is likely why.

But, for myself, and for all other critics and critical viewers, I want to dispel “new” and “unique” as being superior. There’s a big difference between rehashes and cookie-cutter storytelling and just knowing what people want. 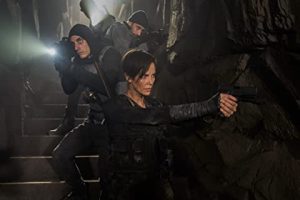 You Do Not Have To Be Unique To Be Awesome

Storytelling is one of the oldest crafts in the world. It has had a lot of time to develop and boil down to a science what will work for most people, most of the time. Are most Marvel movies formulaic? Yes, absolutely. But they are still satisfying because of their competence in storytelling.

Take a look at these three films: The Matrix, Lord of The Rings, and Star Wars: A New Hope. Are these stories entrenched in classic story structure?

Star Wars, the first one especially, is just locked into the Hero’s Journey. The Matrix is as well.

But that doesn’t matter. ParaNorman is the 3-Act Structure to a tee, but that doesn’t make it not wonderful. The details of characterization, the gorgeous stop motion, the conveyance of theme within the parameters of the 3-Acts is masterful. That’s what it takes to make a good movie. Sure, ParaNorman’s twist is strong—but it doesn’t need that twist to work. 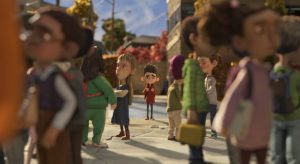 Gimmicks Can Be Cool – But They Are Not Art

If the debacle with The Rise of Skywalker wasn’t proof enough, you need not buck conventions or play around fan speculations to tell good stories.

I want to hammer this home. Science fiction and fantasy as genres are just as much about showing us wonderful new worlds and technologies as they are about presenting compelling narratives. A workable scaffolding of tried-and-true plot beats makes that easier, not harder—if done skillfully and not rote.

You Can Have Unique Details With Good Structure

Men in Black and the first Percy Jackson book both have surprisingly similar broad plots if you look them over closely, but they use the “secret world” concept as vehicles for amazing ideas. That’s what separates good movies, stories, media from each other. That’s what makes art amazing. Not that they are always surprising or breaking the mold.

So, yes, we critics might occasionally get huffy about cliché plots. We may complain about seeing the same ideas too often (like superhero fatigue) but that doesn’t make the movies/shows bad. Reviewers are jaded. We have a right to be, but always keep that in mind when you see reviews.