WandaVision Is A Bold Step Forward For Marvel

WandaVision is one of the freshest, strangest, most experimental things that the Marvel cinematic universe has produced. And considering Guardians of the Galaxy exists, that’s quite a thing to say.

Now, I wrote this review when only the first two episodes were out, and the real plot is only occasionally going. So, I can’t speak fully for the mystery aspect, and how well that is handled—but I can speak to the sitcom part. Because they committed to it. There are not just tidbits evoking I Love Lucy or Bewitched; it’s most of the show. So far there’s not an inch of action spectacle or dramatic speeches. Instead: entire scenes of well-written hijinks interspersed with mystery aspects and cheesy in-universe ads. 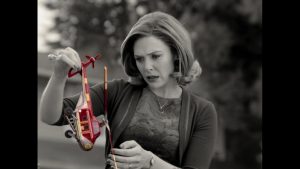 And, honestly, the parody parts are a delight. And that’s because these actors are game for the absurdity. Watching Paul Bettany act as a super-intelligent robot who is then further pretending to be a suburban husband is an absolute joy. His physicality makes a lot of the comedy sing and his character is instantly lovable. And then there’s Elizabeth Olsen. She has amazing range. I’ve seen her be the destructive and powerful Scarlet Witch, and now a loving housewife, awkward socialite, and the sensible one to Kathryn Hahn’s hilarious and campy portrayal of Agnes. Wanda and Vision not only can carry scenes apart, but their relationship is adorable and wholesome if presented in a rather sugarcoated way. 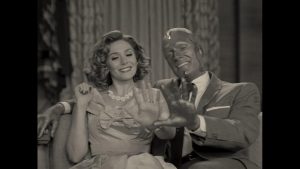 They Are A Refreshingly Happy Married Couple

So, yeah, these two episodes are great, and yet there’s so much to this show we’ve yet to see. Because, as we all know from the trailer, none of this is real. The mystery as it is growing seems more and more tragic, and the implications are gut-wrenching. Though I would not mind an entire series of silly, formulaic Wanda and Vision hijinks, the show’s merits will come down to how this part is handled. Marvel is a mega-successful franchise because it does allow experimentation and for its movies and shows to have unique sub-genres twisted around the usual—but not every experiment will work. There’s always that risk.

If WandaVision does pull it off, though, I’m willing to declare it one of the most important and special shows of 2021. Watch it now—because you will want to be a part of this if it does work out for them. 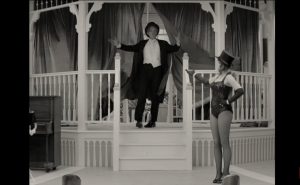