In flashback, Drizella/Ivy (played by Adelaide Kane) is offered to join Gothel/Eloise (played by Emma Booth) and her coven to help cast her curse. In the present Gothel attempts to recruit Ivy again but she refuses; and Gothel warns that Ivy will end up dead if she stays alone.

In flashback Drizella goes to join Gothel’s cult but is told there are other recruits and only two can join, if they find a magical flower. Drizella teams up with Gretel (played by Sara Canning) who is determined to become stronger after her encounter with a witch. In the present, Regina (played by Lana Parrilla) comes up with a plan to reunite Henry (played by Andrew J. West) with his old friends who are also cursed. She and Lucy (played by Alison Fernandez) and set up a bro-date with Wish Hook/Rogers (played by Colin O’Donoghue) and Nick/Jack (played by Nathan Parsons). Ivy is attacked in a parking garage by a masked stranger with a knife and barely escapes.

Ivy goes to Regina who wants a cure for the poison Ivy used on Henry but Ivy doesn’t have one; Regina decides to help anyway. Dr. Facilier/Samdi (played by Daniel Francis) joins Ivy at Regina’s bar offers a deal, a magic bean to take her to another realm but only for Anastasia’s (played by Yael Yurman) life. Rumpelstiltskin/Gold/Weaver (played by Robert Carlyle) helps Regina investigate and keep Samdi from getting the Dark One’s dagger. 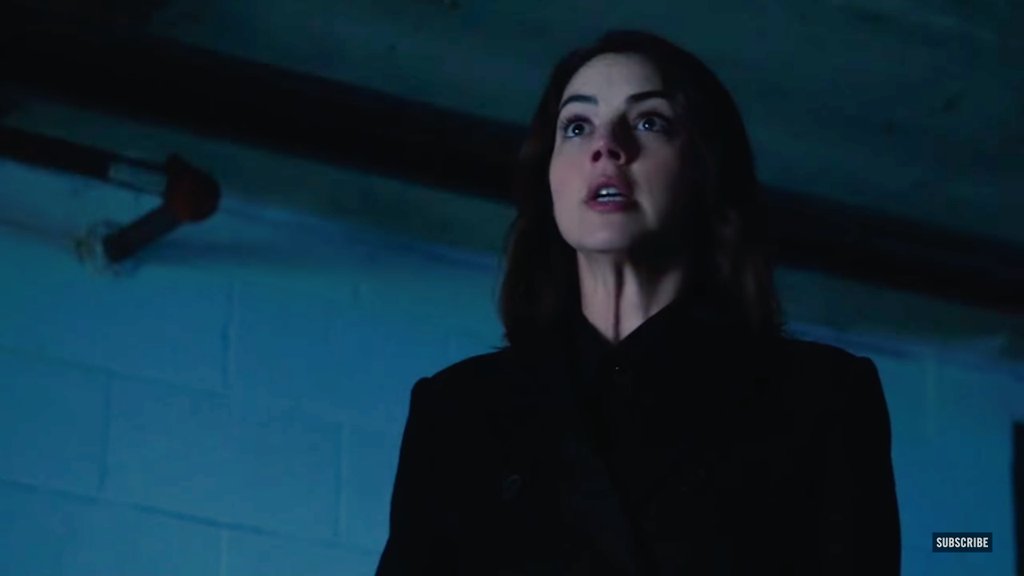 A masked killer strikes in the Heights.

Turns out joining a coven is almost like joining a sorority, after the scavenger hunt there might have been light hazing. Although these stunt castings of seemingly random fairytale characters (this week Gretel) at this point it’s expected. But would we really care any more or less that Gretel was the person Drizella teamed up with? The story is about Drizella so who cares if she meets with Gretel or a random woman. Meanwhile in the present it was a shock to see the killer hunting witches was a mask wearing psycho out of a slasher movie. We’re clearly meant to believe Ivy would sacrifice her sister to save herself but after losing her mother, she would never kill her sister. But Samdi is doing a good job of setting himself up as another villain for the last half of the season. Henry’s storyline this episode (if you can call it that) is the definition of filler, the goal wasn’t even trying to wake them from the curse, nothing was accomplished other than him having a few drinks with the boys.

Drizella and Gretel split up and Gothel appears telling Drizella there is only one spot and the hunt was a lie; she has to kill Gretel to join. Drizella is unable to kill Gretel and instead offers a partnership but quickly realizes Gothel made her the same offer. Gretel is killed in the ensuing fight and Gothel officially welcomes Drizella to the coven. In the present, Ivy finds Anastasia and says they can both go home together but drugs her in order to escape the killer. Ivy brings Anastasia to Samdi but Gothel revives Anastasia who encourages her to kill Ivy. Ivy tells Anastasia she doesn’t want to see her lose her Guardianship and that they will always have a bond. Anastasia is unable to kill her sister and a furious Gothel leaves.  Cinderella/Jacinda (played by Dania Ramirez) goes to the bar Henry is at and they begin to flirt, but it doesn’t’ go anywhere. Regina and Weaver find Ivy and Anastasia, and Regina encourages Ivy and Anastasia to leave to keep them out of reach of Gothel, and with their combined magic the sisters open the portal. 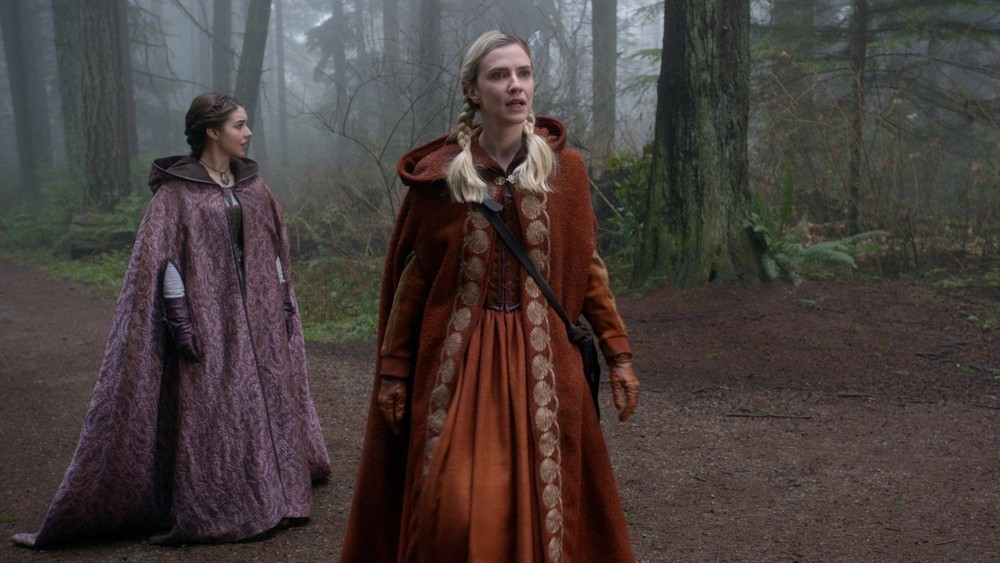 What better way to prove sisterhood than by killing all your fellow sisters? Ivy already killed one friend so no matter how much it was hammered that Ivy could kill Anastasia it never seemed possible. The story was always two sisters finding each other again and it’s a natural conclusion to Ivy and Anastasia’s story. With the action moving to Gothel and Samdi each making power plays the sisters didn’t have a role to play in the narrative anymore. After all this talk of the Guardian Regina and Weaver let her go pretty easily, so they might pop up again later in the season. Henry and Jacinda’s ‘will they won’t they’

Samdi tries to convince Regina he never meant to kill Anastasia and only wanted to harvest some magic so Regina she can save Henry. Weaver confronts Samdi and says despite his wish to join Belle (played by Emile de Ravin) in the afterlife, he will kill Samdi if he comes after him. After leaving Rogers and Henry from their night out, Nick (also revealed as Hansel) checks his trunk and the mask of the killer is inside.

So apparently Guardians are a semi common thing, I wonder what random character will emerge as the next one. Samdi is willing to both help save Henry and steal the Dark One Dagger for evil purposes; hard to say if he will be the antihero who redeems himself or the villain who needs to be stopped. Nick is the killer and while he isn’t a major character which lowers the impact of the reveal it’ll be fun to see how this plays out.

“Trust me, if anyone’s going to have the pleasure of killing you it’s going to be me.”

Why would Weaver killing Samdi especially to stop his evil plot affect Weaver’s afterlife, isn’t that the definition of just cause?

“You tried to kill my son, angry is the understatement.”

Even though we know who the killer is, I hope he gets a cool name from the press.