Alice (played by Rose Reynolds) and Robin (played by Tiera Skovbye) enter Storybrooke and ask the townspeople for help saving Henry (played by Andrew J. West). But since they came back in time nobody believes them, thinking Alice and Robin are hostile they attack forcing them to run.

Alice and Robin find Zelena/The Wicked Witch (played by Rebecca Mader) and Robin convinces her of the truth. Meanwhile the adult Henry finds Cinderella/Jacinda (played by Dania Ramirez) and Lucy (played by Allison Fernandez) trapped in the snow globe by Wish Rumple (played by Robert Carlyle). Wish Hook (played by Colin O’Donoghue) notes that Rumple/Gold/Weaver is also cold; Wish Rumple stripped him of his powers and immortality. In the Wish Realm, Wish Henry (played by Jared Gilmore) takes Regina (played by Lana Parrila) hostage, and with her magic bound he plans to take revenge for her alter ego killing his family. Regina attempts to convince him that she is his mother and she loves him, but he refuses to believe her and is resolved to kill her. Regina is visited by a vision of Robin Hood (played by Sean Maguire) and tells her that she changed for the better and that Wish Henry can too. In the snow globe Wish Hook is given a magical hook by Zelena, Alice and Robin and escape. While the group moves to save Regina from Wish Henry, Gold looks for a way to deal with Wish Rumple. 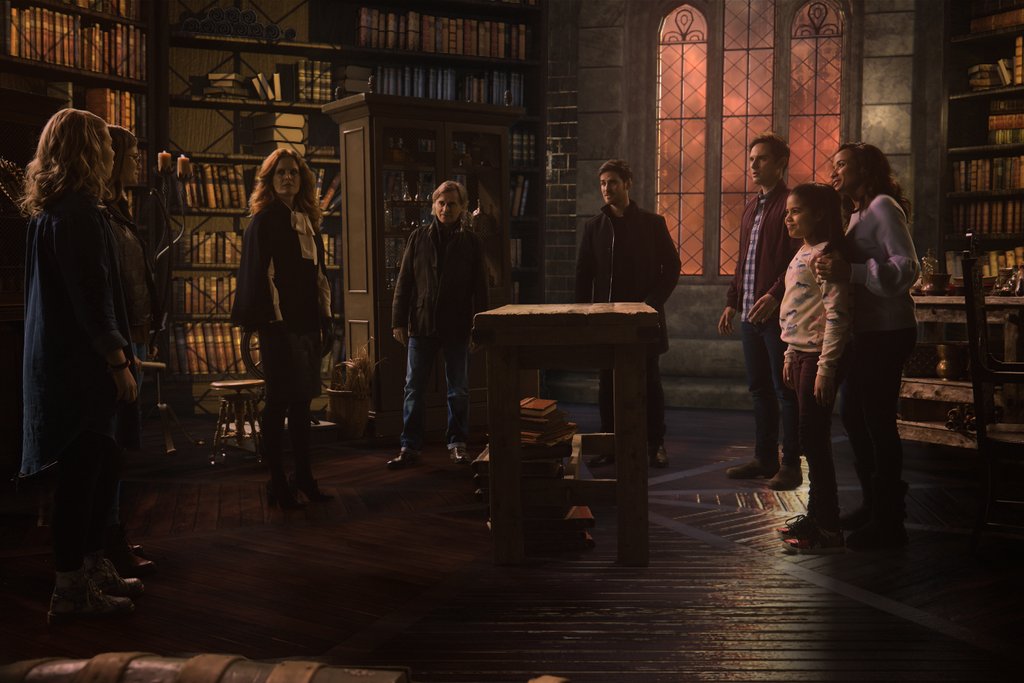 It’s not surprising that the townspeople didn’t believe Alice and Robin but they seemed overly hostile, probably the effects of dealing with villains for years. Given that this is the series finale clearly Once was going to pull out all the stops which includes bringing as many characters as possible back. Generally when so many characters are shoved into one episode it can ruin the story but at least for the beginning of the episode it works because they’re used sparingly and appropriately within the story. The biggest stories are Regina and Gold; will she find her happy ending and will he reunite with Belle (played by Emile de Ravin) and find redemption. The scene with Robin was sweet but a magical reunion would be a horrible end to Regina’s story. She grieved for Robin and moved on, it was sad but they’re love story reached a natural conclusion. Gold becoming human was telegraphing that he wouldn’t survive the finale especially since his goal all season has been to find Belle who is gone. It’s no surprise that the two most complex and intriguing characters in the series have the biggest roles in the series finale.

Wish Rumple gives Wish Henry the Author’s Pen hoping his rage can help power the Pen. He brings in the Blue Fairy (played by Keegan Connor Tracy) and Henry’s powers activate trapping her in a magical prison of her own storybook; a fate Wish Rumple plans for every hero. Wish Hook and Robin stake out Wish Henry’s castle; his health is declining but Robin gets his blessing to marry Alice and is determined that he will be there to see it. They cause a diversion while Henry goes to rescue Regina, he’s nearly caught but saved by Prince Charming (played by Josh Dallas) and Snow White (played by Ginnifer Goodwin). Snow and Charming catch everyone up on Wish Rumple’s plans and show them the storybooks, each where everyone is alone and miserable. Once Wish Henry kills Regina Wish Rumple will have enough power to make them real. Gold finds hidden magic and hopes to use it to rip out Wish Rumple’s heart; Wish Rumple appears and says it’s too late as Wish Henry is already corrupted. Regina seeks out Wish Henry to reason with him but is forced to fight which causes the storybooks to start sucking everyone in.

Wish Rumple’s plan is very fitting, the series started with the storybook and everyone is now threatened with a twisted version of their fairy tales. More amazingly it turned the powers of the Author into a compelling story (it took years but this story finally became a decent part of the show). Robin and Alice get a wedding and it’s a shame we didn’t get to see it, mostly because the same-sex couples never got as much focus as the others. But the most famous couple of all Snow and Charming made their obligatory return complete with rousing speeches to the masses. They must get royalties for the word hope given how often they say it but since they’ve been gone all season it was kind of nostalgic to get one last inspirational speech. Regina forced to confront her past (yet again) by fighting her young son is probably the most emotional thing she’s been put through, and that’s saying a lot for Regina. I never thought for a second Regina would kill Henry, which would be too traumatizing for her. I did worry if she would actually die to save him; it would be a heroic ending but Regina deserves a happy ending. 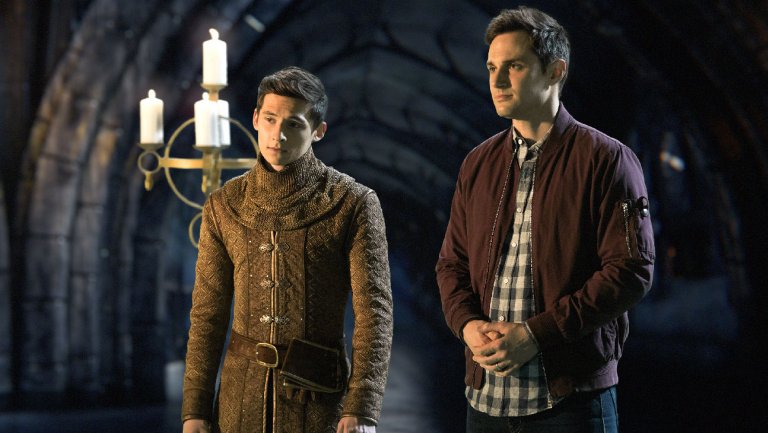 Past and Present Henry’s.

Regina tells Wish Henry that she’s happy to die if it means showing him the truth; he’s unable to kill her which saves everyone from the storybooks. Wish Hook lies dying because he got too close to Alice to save her; Wish Rumple goes to attack but Gold refuses to allow him to hurt anyone else. Gold decides to no longer be the selfish coward he once was and rips out his own heart to give to Wish Hook and killing him and Wish Rumple. Regina comes upon the scene and both grieves the loss of Gold but thanks him for his sacrifice and hopes he finds his happy ending; which he does in the afterlife when he’s reunited with Belle. With everyone wondering how they’ll get home Regina has an idea; by using the Dark Curse in a good way. She wants to use the curse to bring all the realms of stories to Storybrooke so everyone can be together. Regina is honored at a ball where Snow and Charming declare her the Queen of all the Realms in gratitude for reuniting everyone for good. Emma (played by Jennifer Morrison) arrives with Hook and their baby just in time to see Regina crowned the Good Queen.

Regina saves Wish Henry wasn’t a shock, but it was disappointing we didn’t get to see a few people sucked into a storybook. Get a glimpse of some of their personal hells before being inevitably freed. Gold came full circle and died a selfless man and was rewarded with an eternity with Belle; someone had to die in the series finale and was the only way for Gold’s story to end. A major character died but it was essentially a happy death so it wouldn’t be too upsetting for fans. Regina used the Dark Curse for good and now everyone from everywhere is living in Storybrooke, it’s way too big now to be considered a small town. Although it’s a perfect way to bring everyone together there is a lingering question; there are now two Henry’s of different ages living there what about everyone else? There must be multiple copies of several characters there now which should cause some confusion but everyone is too busy being happy to care so I won’t. Regina finally found her happy ending as the Good Queen and it couldn’t be more fitting to close her character arc. Perhaps she’ll find love again but it doesn’t matter because she loves herself and has the love of the people, and they’ll all live happily ever after.

“Regina Mills, I know crown you the Good Queen. Long may you reign.”

Although the finale wrapped up the series pretty well a two hour finale would have served it better, if only because character like major characters like Emma could have had more than brief cameos.

It’s ironic that the episode title is ‘Leaving Storybrooke’ but in the end that’s where everyone ends up to live out their lives.