Robin (played by Tiera Skovbye) attempts to cast a spell with some friends but in Regina’s (played by Lana Parrilla) but is stopped by a furious Zelena/The Wicked Witch (played by Rebecca Mader), Robin storms off and is engulfed by black smoke. Zelena than travels to the New Enchanted Forest to inform Regina and the others that Gothel (played by Emma Booth) took Robin.

Zelena plans to go after Gothel but refuses Regina’s help, angry that she let Robin experiment with magic. Wish Hook/Rogers (played by Colin O’Donoghue) offers to help to get his own revenge as well. In the present Lucy (played by Allison Fernandez) remains comatose in the hospital and Regina and Zelena resolve to find a way to save Lucy without killing Henry. Gothel turns Anastasia (played by Yael Yurman) against Lady Tremaine/Victoria (played by Gabrielle Anwar) by telling Anastasia about her past crimes, leaving Victoria and Drizella/Ivy (played by Adelaide Kane) imprisoned. Gothel offers Zelena a way to save Lucy and Henry in exchange for something called the Resurrection Amulet. Regina is wary of using a dangerous item but they plan to find it to bargain with Gothel but keep it from her. Rogers is told by Gold/Weaver (played by Robert Carlyle) that Eloise is a member of a dangerous cult but Rogers doesn’t believe him. Regina and Zelena go to Roni’s bar, thinking Victoria tried to buy it because the Resurrection Amulet is hidden there. 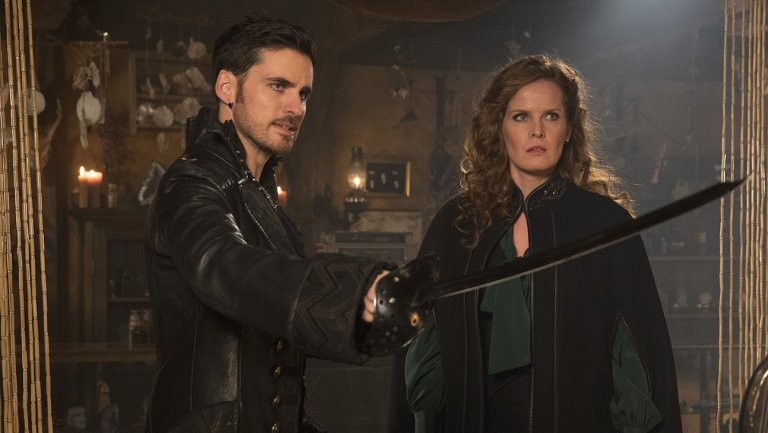 Never mess with a mother.

What’s really helped this season stay fresh is having fan favorites like Regina, Hook and now Zelena added to the story. If nothing else having Zelena back on the series is great for her one liners, she and Regina play off each other very well. Mother/daughter relationships were the focal point of the story which gave us some great insight to Zelena and Robin’s dysfunctional dynamic. Zelena’s personal life isn’t explored much so this was a nice change, and watching her struggle with Robin dabbling in magic with ‘cool aunt’ Regina was fun. At this point we know Gothel likes to collect powerful witches but for what, is she building a coven or making a power play? From a narrative standpoint keeping her motives hidden for a while is smart but we’re past the halfway point now and should have a basic understanding of her motives. But aside from that there was a lot of action and drama and the midseason premiere definitely drove the story forward.

Wish Hook and Zelena find Gothel in a hidden house with Robin and a spectral Madam Leota (played by Suzy Joachim), however Robin left with Gothel willingly and sends Zelena away, but Wish Hook encourages her to fight for her daughter. Gothel uses the Resurrection Amulet to restore Madame Leota by sacrificing Robin but Wish Hook and Zelena arrive and Zelena takes Robin’s place. Using her natural archery skills Robin saves Zelena and they get the Amulet before Gothel escapes. Robin decides archery rather than magic is for her and gives the magic trapped in the Amulet to Zelena to restore her powers. In the present, Rogers starts to grow suspicious that Eloise is hiding something and Weaver tells him they may be able to catch the cult at an upcoming ritual. Victoria and Ivy escape but Ivy leaves her mother, emotionally torn down that Victoria never appreciated or loved her. Regina and Zelena find the Amulet but Victoria finds them and takes it at gunpoint to give to Gothel in order to save Lucy and redeem herself to Anastasia. Gothel uses Anastasia’s magic to make the Amulet work and reveals she plans to sacrifice Drizella to save Lucy. 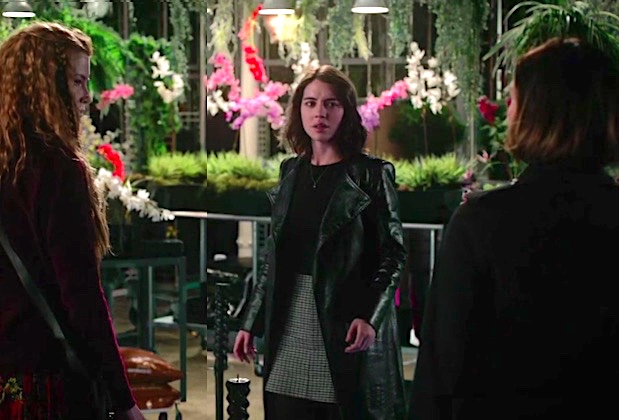 An eye for an eye, a life for a life.

Considering how many times Robin was taken from her as a baby it’s understandable that Zelena would have issues with being clingy. The flashbacks provide insight to the Resurrection Amulet (although the name was pretty self-explanatory) and we learned that Gothel is using people like Robin to bring other powerful witches into her fold. Although having that witch be a known character like Madam Leota for a cameo feels like stunt casting. The scenes with Rogers and Weaver feel out of place because they are playing catch up to what we (and most of the characters) already know. It’s kind of like they’re on a buddy cop drama that you accidently flipped to while watching Once. The scenes of Victoria and Ivy airing their emotional baggage was powerful but we’ve already seen this before. It was an obvious set up for Ivy being taken for the sacrifice and Victoria having to choose whether or not to save her.

Gothel begins the spell and a remorseful Victoria takes Ivy’s place and tearfully apologizes for making Ivy feel unwanted. The spell works and Lucy is resurrected and with her dying breath Victoria makes up with Ivy just as Rogers and Weaver come upon the scene and Weaver warns that things are going to get ‘dark’. At the hospital a doctor is poisoned when she discovers Henry is Lucy’s father and the murderer takes some of the woman’s hair.

This feels like a natural conclusion for Victoria’s story; she made up with Ivy and managed one last selfless act to show she wasn’t totally evil. But with something called a Resurrection Amulet in play I wouldn’t count out Victoria making a triumphant return later in the season. In the meantime her role as villain is being filled nicely by Gothel and her coven. For them to be fully realized villains we’ll have to learn more about them and what they want; right now we just know they like hair.

“Are you here to threaten me or Robin? Which is it, so I know how painful to make your beating.”

Once Upon a Time has been officially canceled after this season so let’s hope the series manages to go out on a high note.

“I can’t think of a single time where you looked at me and saw someone deserving of your love.” “Perhaps it’s because you’ve never done anything to deserve it.”

Why do people still seem shocked that magic has a price? That’s been established since the pilot episode.