In the past, Gothel/Eloise (played by Emma Booth) and her younger sister Yarrow (played by Kyra Leroux) admire dresses inside a house. Gothel breaks in and the women see her doing magic but rather are impressed rather than frightened and invite her to join their sisterhood. In the present Gothel uses her powers to hypnotize a policeman to help find the members of her coven.

In the past, Gothel returns to her fellow tree nymphs and is chastised by her mother for disregarding her duties in favor of fitting in with humans. Gothel goes to a ball with the women but after performing magic for them, they turn on Gothel and berate and humiliate her. Henry (played by Andrew J. West) wonders if the blood test proving he is Lucy’s (played by Allison Fernandez) father means everything in his book is real, but Cinderella/Jacinda (played by Dania Ramirez) is skeptical. Wish Hook/Rogers (played by Colin O’Donoghue) arrests and interrogates Prince Naveen/Drew (played by Jeff Pierre) about Dr. Facilier/Samdi (played by Daniel Francis).

Drew tries without success to convince Rogers that Samdi used magic and that a magical war is coming as Eloise manages to find her coven. Gothel then finds Alice/Tilly (played by Rose Reynolds) and reveals she’s her mother but Tilly doesn’t trust her and leaves. Lucy goes to Samdi and asks for more magic to give Regina (played by Lana Parrilla) so she can cure Henry, in an effort to prove himself to Regina he agrees. Gothel hypnotizes Robin/Margot (played by Tiera Skovbye) to take some of her blood. 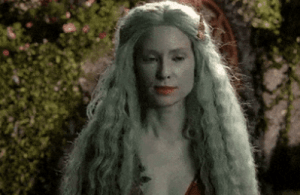 So apparently sororities are a thing even in the land of magic and they even kept the stereotype of being mean girls. Although why they thought picking on someone with magical powers wouldn’t blow back on them is beyond me. Henry seems to finally be getting with the program but really it’s more wishful thinking; he wants to believe but ‘reality’ is keeping him from doing it fully. But Samdi, who at least for now is playing for the heroes side might come to the rescue (although if Regina doesn’t take him back he’ll probably switch sides). Given how many people were told about magic in this episode it would be anticlimactic if everyone, or really anyone didn’t regain their memories. With nearly everyone doubting the existence of magic it reduces the dramatic stakes because nobody knows what they’re actually fighting for. The saving grace is that with Gothel putting her plan (whatever it is) into motion it’s going to jump start the action going into the final episodes.

In the past, Gothel returns home and finds it ravaged, she finds her mother who reveals humans came and destroyed everything and everyone. Before dying she begs Gothel to start over and not to let revenge cloud her destiny. An enraged Gothel returns to the ball, traps everyone and uses her powers to start killing people. One girl Seraphina (played by Naika Toussaint) reveals she has powers and hid herself out of fear, Gothel invites Seraphina to join her before killing everyone else and then they leave for another realm. In the present, Rogers and Tilly go to Henry for help who is investigating similarities from his book and real life and is convinced the curse is real. While going through old momentos Lucy and Jacinda find a broken glass slipper that seems to convince Jacinda of the truth. The hypnotized policeman lures Rogers and Tilly to a theater and Gothel takes them hostage. Gothel reveals to Rogers and Tilly the truth and she and her coven (including Seraphina) and force Tilly to help them cast a spell by taking Rogers blood and threatening him. 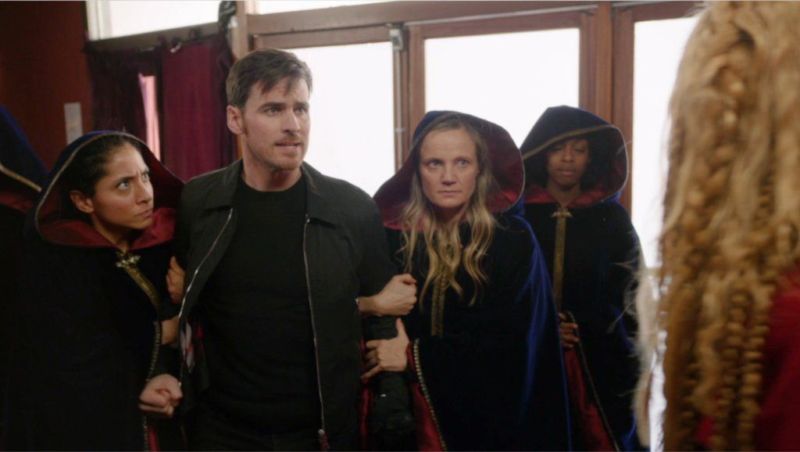 Gothel lost her family and her entire race, her mother should have realized Gothel using her powers for good was out the window with that kind of rage inside of her. That ball massacre was like watching the prom scene in Carrie and even though she went on to be an evil witch you couldn’t help but root for Gothel in that moment. Henry is buying into the hype and Jacinda found the glass slipper so in theory everything should be coming together but I didn’t trust it. After dragging out the curse for nearly the entire season that’s too convenient a way to wrap that storyline up. However if that’s the case it wouldn’t be that bad since people not having their memories is stalling the narrative. Rogers and Tilly were told the truth but they don’t believe it (or at least can’t) but if they’d had their memories that scene would have had more emotional weight. But if anything seeing people casting spells will at least prove to them that magic and by extension their relationship as father/daughter is real.

Samdi uses his powers on the glass slipper to cure Henry finally making it safe to break the curse. Jacinda calls Henry and tells him about the slipper and they both seem to finally believe, but when they kiss Lucy arrives and realizes True Love’s kiss didn’t break the curse. Using Margot and Rogers blood, Gothel and her coven (plus Tilly) cast her spell.

Henry is finally cured but the old standby of True Love’s kiss finally failed, perhaps it’s been used too much and finally lost some of it’s potency. Ironically though it’s an all too familiar plot device it would have been welcome here to finally break the curse. But whatever spell Gothel cast is going to spread either way so if anyone is going to fight they’ll have to be woken up soon.

“You can be the logical to my illogical. That will get us to crack the case.”

After all that buildup that kiss looked pretty disappointing for Henry and Jacinda.

“Trust me, I want to show you something beautiful.”

Did Henry seriously not notice the bright lights floating inside of him?