A Witch (played by Chilton Crane) holds a young Hansel and Gretel hostage in her home, Zelena/The Wicked Witch (played by Rebecca Mader) appears not to save them but force the Witch to leave. The Witch overpowers Zelena and her spell causes her to pass out. In the present Zelena deals with missing Chad (played by Kip Pardue) her fiancé from when she was cursed as ‘Kelly’ and worries he wouldn’t love the real her as well as being the newest target of the Candy Killer.

Zelena wakes up in the house of a blind man named Ivo (played by Dan Payne) who rescued her and offers shelter while she recovers. She learns that Hansel and Gretel are his children and he was out searching for them. In the present, Henry (played by Andrew J. West) is heled hostage by the killer Jack/Hansel (played by Nathan Parsons) who wants to use him to get to Zelena. She goes to Rumpelstiltskin/Gold/Weaver (played by Robert Carlyle) for help and learns Hansel is the killer, and she reveals she did something to him in the past.

Nick and Henry talk and although Nick enjoyed being ‘Jack the Giant Slayer’ and his friendship with Henry he is determined to kill all witches including those in Henry’s family. Across town Drew/Prince Naveen (played by Jeff Pierre) works with Tiana/Sabine (played by Mekia Cox). Dr. Facilier/Samdi (played by Daniel Francis) visits Drew (who is free of the curse) who is tired of lying to Sabine but Samdi reminds him he is in his debt. 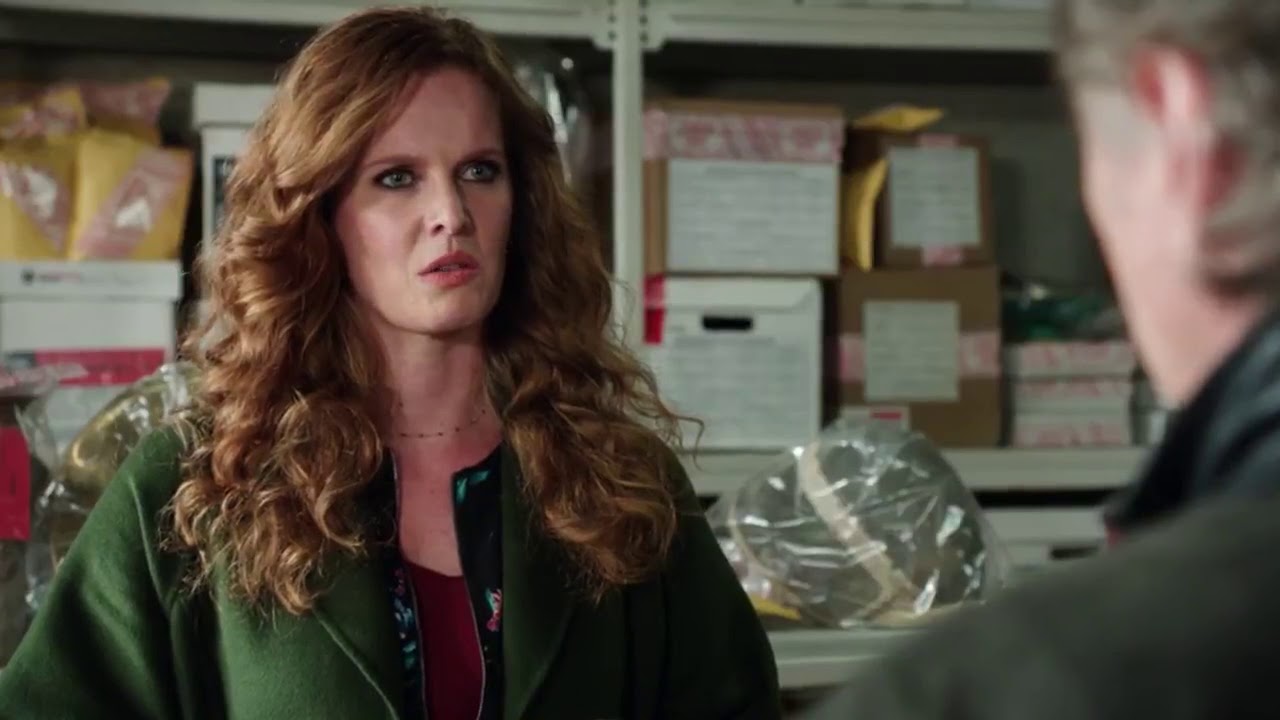 Her past comes back to haunt her.

It’s always awkward when you meet a guy you like and you find out he has kids, even worse when it turns out you left those kids to be eaten by a witch. Zelena finds out she has a past with the killer Hansel (not surprising) but I doubt that leaving him to die at the hands of the Witch is what he’s mad about. Nick obviously isn’t going to get through to Henry because what he’s saying sounds crazy, but mostly because he looks and sounds crazy. However if nothing else I hoped Nick would somehow restore Henry’s memories it because that would both be a dramatic ‘reunion’ for them but push Henry’s story forward. Of all the characters who could be awake one of them is Drew whose whole story is working undercover in a food truck. Samdi has big bad plans related to it but this story and the characters in have been given little attention so it’s hard to care about it.

Zelena and Ivo grow closer and out of guilt she goes to save the children, she uses her magic to steal the Witch’s sight but can’t find them. She goes back to Ivo and learns the children escaped but he’s furious that she lied and refuses to take the Witch’s sight. Ivo forces her to leave but Zelena uses her powers to burn Hansel when he threatens her. In the present, Wish Hook/Rogers (played by Colin O’Donoghue) talks with Cinderella/Jacinda (played by Dania Ramirez) who says Henry is in New York because he texted her. Rogers notices the wording in them is off and realizes Nick wrote them and has Henry.

Nick shows Henry a blood test result that says he is Lucy’s (played by Allison Fernandez) father but he doesn’t believe it or Nick’s stories about their past. Rogers finds and rescues Henry just as Zelena gets a call from Nick, who’s taken Chad hostage. Zelena confronts Nick who blames her for his scars and causing his sister to turn to witchcraft and die, they fight and Zelena gets the upper hand but refuses to kill him. Zelena talks with Chad and admits that she’s hurt people in the past and offers to let him go, but Chad believes that she has changed for the better and still wants to get married. 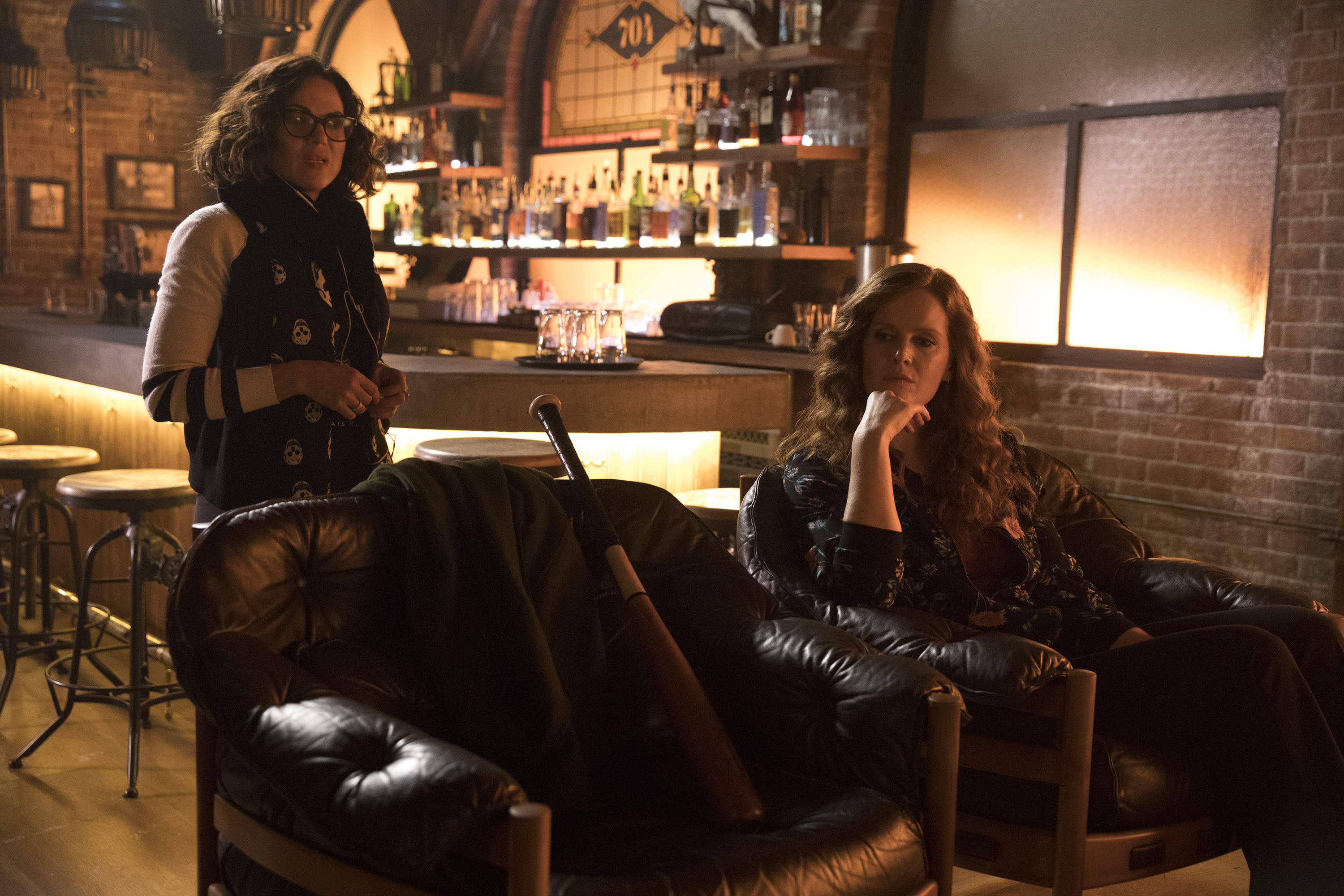 Waiting for the killer to strike.

Rogers was like a modern day Jessica Fletcher (hope people aren’t too young for that reference) putting random clues together. Nick showed Henry proof he was Lucy’s father but he not only didn’t believe him, Henry didn’t even mention it to Jacinda. If that didn’t give Henry his memories it should have at least made him consider it but that didn’t happen. It would have also been good for Henry to have woken up just to briefly reunite with Nick, they were supposedly inseparable but that relationship wasn’t explored. If Zelena had saved the children she might have gotten some credit but Ivo wasn’t giving her an ‘A’ for effort. That one encounter led to Hansel’s family falling apart but Nick wasn’t satisfied saving people from giants he needed cold blooded revenge. Luckily for Zelena she changed enough that she didn’t slit his throat when she had the chance because now Chad decided to give her the second chance she always wanted. But who knows that could all change when he finds out she used to have green skin and ride brooms instead of cars.

Zelena offers to stay with Regina (played by Lana Parrilla) to help save Henry but Regina tells Zelena she deserves happiness and should leave with Chad. Zelena says goodbye to Robin/Margot (played by ) and gives her the necklace that holds all of her powers as a gift. Samdi uses a beignet Drew made from Sabine’s recipe to perform a voodoo spell on a homemade doll. While in jail Nick is visited by Samdi (who woke him from the cruse) and hoped he would take out Gothel/Eloise (played by Emma Booth), he uses the voodoo doll to kill Nick now that he’s failed.

I’m all for Zelena having happiness especially since these two sisters have horrible luck with men, but why couldn’t she do that after saving her nephew? Samdi used the broken trust Drew had with Sabine to cast a spell, I’m sorry but that seems like a poor attempt to make that whole subplot relevant (didn’t work). But if Samdi now has magic he won’t have to hire people like Nick to kill witches anymore, and with magic in the real world things should get more complicated (and more fun).

“So Nick is Jack is Hansel, must be a bitch trying to keep track of your driver’s licenses.”

There are too many small side stories that have little to no impact on the season, with only a few episodes left we need to focus on the main characters and stories more.

“You mess with a witch, you get burned.”

I wonder if lots of people are awake like Drew and we just haven’t seen it yet.