In flashback Henry (played by Andrew J. West) goes to slay a dragon and recover a village’s stolen jewels only to find the dragon left, and he’s disappointed he didn’t get a chance to prove himself. He wants to find a ring for Cinderella/Jacinda (played by Dania Ramirez) with a great story behind it, and Wish Hook/Rogers (played by Colin O’Donoghue) offers to help.

Wish Hook has a map to Davy Jones Locker which holds many treasures but his ship is in the hands of Blackbeard (played by Charles Mesure) so they sneak aboard. Wish Hook hopes they can regain the loyalty of the crew but Blackbeard catches them. Blackbeard steals a chest from the locker and one item is a sapphire ring; Wish Hook and Henry fight the pirates, but Blackbeard lets slip that Wish Hook set everything up to give Henry a ‘great story’ behind his ring. In the present, Rogers and Rumpelstiltskin/Gold/Weaver (played by Robert Carlyle) continue to investigate the Candy Killer with little luck. Henry gets a job offer podcasting that would take him to New York and a reluctant Jacinda encourages him to take it. Weaver finds a clue at a crime scene; Henry’s book and recruits Henry in the investigation, although Henry has a plane to catch he agrees to help. Weaver asks him to look through his book for clues and Henry comes up with a theory that the killer believes himself a character in the book. 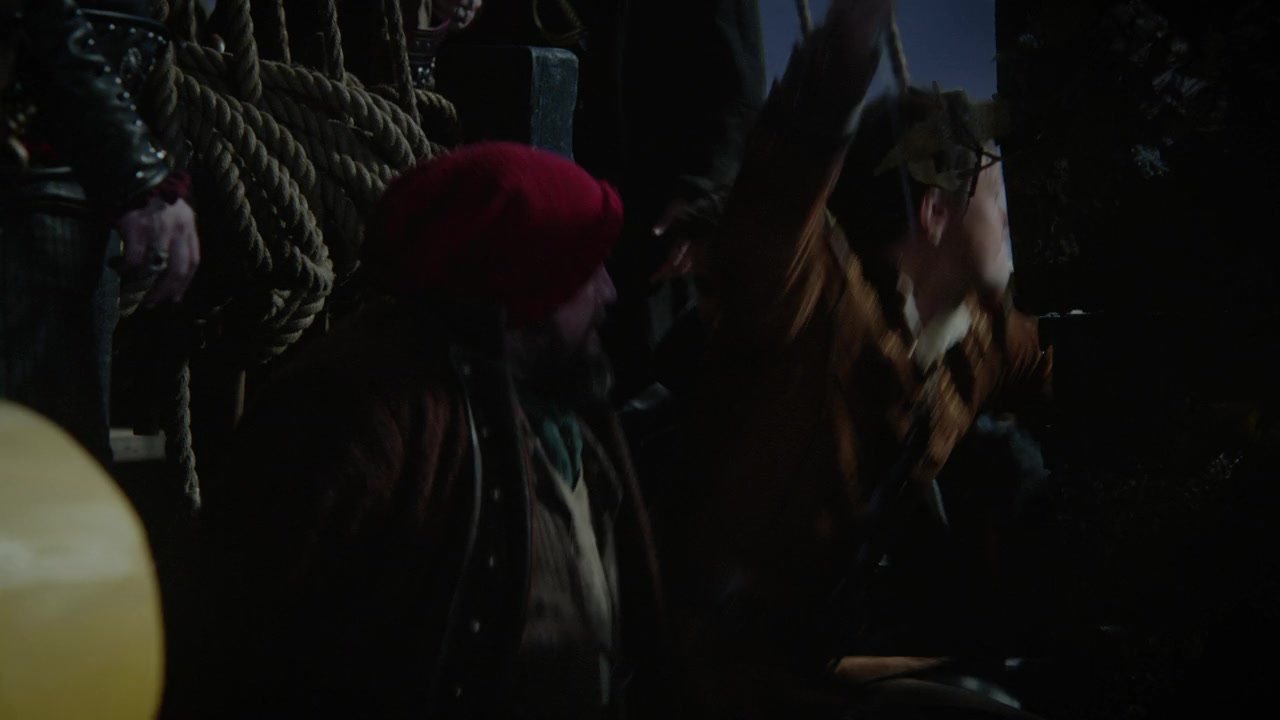 Most men would buy something expensive from a jewelry store for their fiancé but Henry needs a great story or it’s worthless. Henry already learned as a child that he didn’t need these kind of adventures to be important but somewhere along the way he forgot. You’d think he would have been more appreciative of Wish Hook given the lengths he went to just to help Henry. And not for nothing but that whole fake adventure would have been a great story to tell about how he got Cinderella’s ring. Henry might leave town (for New York, the only place besides Storybrooke these people go) but come on we know he’s not going anywhere. Especially once he agrees to help Weaver; catching a plane is hard enough but doing that and solving murders is too much. Ironically he gets his adventure by helping in the investigation, personally I’d choose that kind of work over podcasting but that’s me.

A massive storm and whirlpool appears and Henry realizes it’s the work of Davy Jones, Wish Hook sail towards it and once Henry throws the ring into the whirlpool the storm stops. Henry decides he only needs a good live with those he loves and the story doesn’t matter and proposes to Cinderella with a simple ring and she gladly accepts. In the present, Henry discovers the killer believes himself Hansel avenging the death of his sister Gretel.

With no indication from Jacinda that she wants him to stay Henry drives off for the airport but a piece of glass in the road gives him a flat tire. Zelena/The Wicked Witch (played by Rebecca Mader) works on a cure for Henry and finds it hard lying to her cursed daughter Robin/Margot (played by Tiera Skovbye). Alice/Tilly (played by Rose Reynolds) finds Margot and they talk about Margot’s issues with her mother; a hint of an attraction is present. Jack/Nick (played by Nathan Parsons) finds Henry who takes the glass as a sign that he needs to stay and go to Jacinda so Nick offers him a ride. 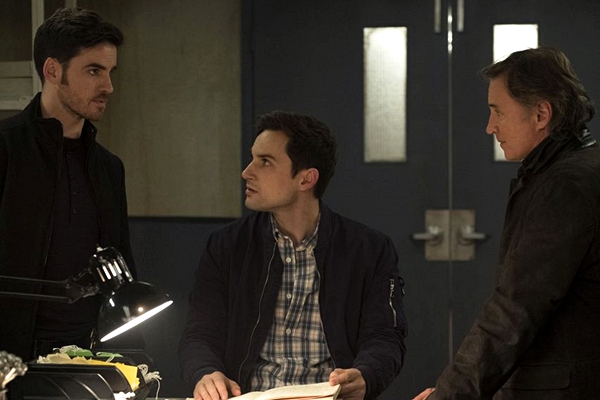 Did they really think stealing from Davy Jones would be that simple? Granted it did seem easy how they got the chest. Henry learns (again) that he doesn’t need adventure for his life to have meaning and starts a happy life with Cinderella, well happy until all this curse drama. Zelena being forced to put a wall between her and Margot is obviously hard on her but for whatever reason waking Margot up never crosses her mind, it’s baffling why that’s never an option. We’re getting close to the series finale and things would be more interesting with everyone having their memories; these cursed lives will literally mean nothing in the long haul. Henry still decides to leave after cracking the case (the killer thinks he’s a fairy tale character imagine that!) but fate stops him. Then he gets into a car with a crazy serial killer and fortune take a turn for the worse for Henry.

Henry talks to Nick about the killer and the progress they made and notices burn scars and Nick’s strange behavior, when he tries to get out of the car Nick drugs Henry. Jacinda calls Henry hoping to get him to stay but he’s tied up in Nick’s apartment. Nick only responds to ‘Hansel’ and bluntly refuses Henry’s idea to turn himself in, saying he has more killing to do. Zelena and Margot make up a box of chocolates from Zelena’s ‘fiancé’ but Zelena realizes the killer has marked her as the next target.

Once Henry got in that car we knew he was in trouble and the second he started mocking the killer that was it. Henry sees Nick as crazy because he believes he’s ‘Hansel’ although he simply appears to have his memories, but Nick is a serial killer which makes him crazy regardless. He’s also moved on from targeting nameless witches to Zelena arguably one of our favorites. I don’t see her being killed but she Nick will definitely have to earn it because she’s a scrapper.

“It’s been a while since I’ve been around kids.” “Yeah, you’re really bad at it.”

“I just want a great life, the best life I can make with the people I love and I have to hope that that’s gonna be enough.”

An episode without Regina (played by Lana Parrilla) is never as fun.