I’m fairly certain that, at this point in The Leftovers, we as viewers should abandon all hope of ever learning exactly what caused the “Departure.” This show has gradually become less about why the human race is coping with such a catastrophic event and more about how. And frankly, as far as coping goes, I think Nora Durst might just be the most tragic character in the series (although this is only the first season, so that opinion is subject to change).

It’s been drilled into our heads from the start that Nora lost everything. I was heartbroken when we watched her replace groceries with full boxes as though her kids were still eating them. What a sad, lonely life.

By the end of “Guest,” Nora receives her holy hug and her whole demeanor changes abruptly. We see her shopping at the grocery store for herself, smiling with a brightness around her. What the hell does a holy hug do? One thing is obvious, it sure is effective.

Now she got her first “no” on question 121, “In your opinion, do you believe the departed is in a better place?” I can’t imagine how agonizing it must have been to believe that her husband and children were in a better place, even knowing her husband cheated. Why should he get to be happy with the kids while she was stuck in the real world, alone? 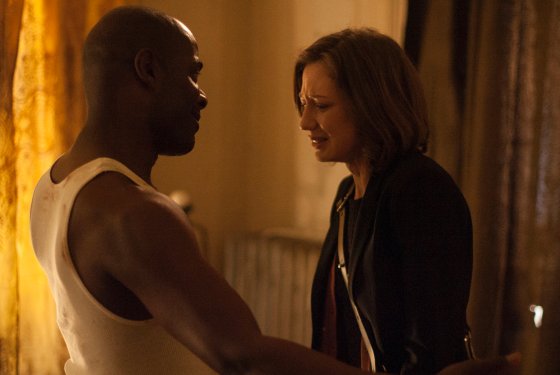 So let’s fast forward to Nora and Kevin’s fifth date. Did anyone else crack up when Nora sprayed the GR with a hose? You go, girl!

Now let’s talk about the theme for last week’s episode:

For God so loved the world that he gave his only begotten son; that whosoever believeth in him shall not perish but have everlasting life.

I’m not religious. I don’t understand these cryptic hints. I did a little research and basically Christine and the other girl, the two who were both impregnated by Holy Wayne, are eerily similar to Abraham’s two children, Isaac and Ishmael. Both had two separate mothers. One was the real heir and the other just got some sort of “thanks for playing” consolation prize. Could one of these babies somehow be the Antichrist? And if so, is Christine already out? She didn’t have a boy as Wayne had prophesied.

Speaking of Wayne, he’s not looking so good. Could that have something to do with the births?

I dream that someday this will be a television series that I can rewatch and totally understand all of the cryptic messages being laid out in front of us. Because right now, I am at a loss for theories. 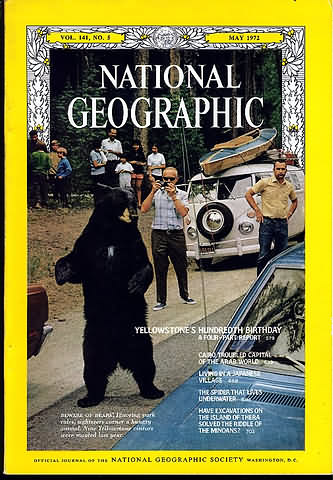 I did a little research on the National Geographic issue as well. If you can see it in the photograph, Cairo, Troubled Capital of the Arab World is listed on there. The next episode is titled “Cairo.” Also The Spider That Lives Underwater can’t be a coincidence. Remember when we heard Christine muttering something about spiders underwater in her sleep?

With just three episodes left, I wonder if any questions will be answered at all. This is definitely stressful.

Not to worry, The Leftovers will be here next year to continue adding anxiety to our Sunday nights. It was renewed on August 13th.