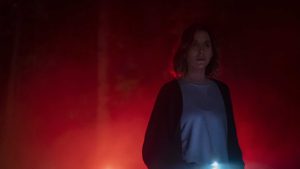 The Rental Takes Its Time To Scare You

To call The Rental horror is to mislabel it. While it contains scenes of abject unpleasantness and shockingly dark moments, it’s only in its ending it claims any real signifiers of the genre.

No, what The Rental is, is a thriller with a heavy emphasis on character work, and interpersonal drama. It would just be a generally “good movie” if not for some clever structural choices.

But what choices they are! The Rental is secretly a twist movie, but one that does so with the audience’s preconceived notions instead of actual plot beats. It knows you know horror movies and misleads you. Red herrings are all over the place—and you will fall for some.

And it is here where the triumph of the film comes across: the control of perception. The first shot of the characters plants an idea, then goes with it, then sets up new ones. And with each subsequent plot and character payoff, you’ll find that the film understood what it was doing well before you ever could. 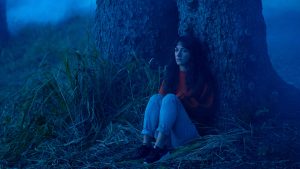 The Rental Is Above All Incredibly Deft Filmmaking

This is the second movie I’ve had the pleasure of seeing with this trend. While it’s not as densely wrapped around itself as Volition, The Rental shows a dedication to good script work.

But… and I mean this part with a hint of negativity, it’s a simple movie. The Rental has a very standard plot—except that touted ending. You know what will happen for most of it, outside the twists, and there’s a sense of the movie just needing to get to its point.

That’s not to say, however, that its interim is boring. I said the acting was stellar, and I mean it. There are a lot of tiny physical motions that lend endless depth to the performances. If you can, consider the actors to the side of the focus of a shot, and you might still see a lot of thought going into it.

Similarly, the location is gorgeous, as is the camera work. As a standout for me, the opening cut between the house and its listing is simple but elegant.

It’s these characters, these wonderful moments of camera work, which carry along the simple plot so you can get to the best part. The Rental feels like a long windup to a pitch. There is a phenomenal horror movie nestled in here. It requires you to do the entire viewing to appreciate just how good it is. 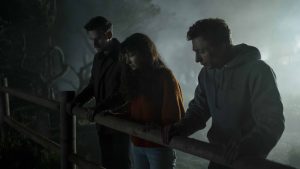