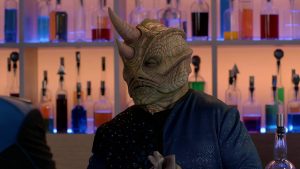 Having not grown up with original Star Trek, nor The Next Generation, The Orville is my first real exposure to the type of storytelling that’s so important to the history of sci-fi. It also leaves me in an odd state as the show has several aspects to it that I can’t tell if it’s a feature or a bug. The acting, specifically, is strange almost always. Not wooden—not dry. Not bad…just, everyone seems so professionally calm almost all the time, even when I’d expect much bigger reactions, and perhaps that’s just an intentional aspect—but, whether intentional or not, it lingered into the second season.

And what a second season it is with this first episode. They are banking hard on someone coming into this show from the last season. 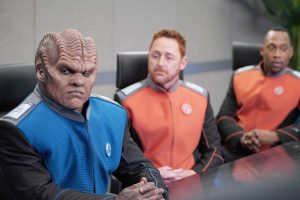 And, by that, I mean the show seems to assume you know who all the characters are, and how they all connect to each other. The episode opens with not some sci-fi concept or strange adventure, but a series of character vignettes. Each one unrelated to the others. It’s comfy almost. Cozy. Considering how much they throw around in-universe terminology and use established relationships in the plot, it’s clearly fandom oriented.

Thankfully, though, for the sake of this review, and the watching of the show, I’m a fan—and I do know all the characters. I do know the world. And I like most of it.

But, as an opener to a season, it’s not what I would have done. It’s slow, low stakes, introspective. I can’t imagine someone having this be their first episode. That’s not to say it’s bad. As usual for the show, the characters of Isaac and Bortus take the cake by being the oddest and most alien of the crew. Bortus is often the butt of biological humor—this episode’s framed around an odd urination ritual—but the alien’s interplay with more human characters is usually funny and well written. 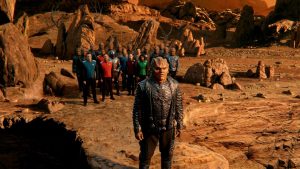 The Orville Does Some Things Exceptionally Well

The thing about The Orville, as a show, and I’m not the first reviewer to note this, is that it flips from comedy to drama hard. And often in ways that seem less than organic. That hasn’t changed, with a lot of the hard comedy awkward and cringy. Thankfully, that’s not all there is. The more natural and breezy moments do happen, and it comes off as charming. There just needs to be more of it.

But, despite me being a bit negative on it, I do genuinely love one scene in this episode. I realize that Isaac and Claire will never be a couple—for many reasons—but seeing Isaac defend Claire and her kid with pure logic was just an excellent moment. It harkened back to stuff set up in season one and felt natural and satisfying. 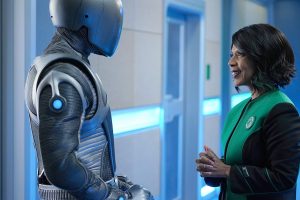 The Orville Did Not Lose Its Sense Of Heart

The Orville’s second season is, ultimately, like its first. A good show for those who like their media a little on the lighter side and want a taste of the old Star Trek flavor with a new lens. Intellectual, but not pretentious or overly dense. Amusing, but not gut-busting or too sharp or shocking in its humor. 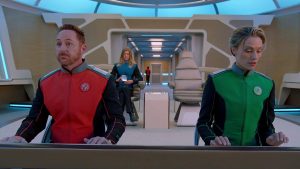