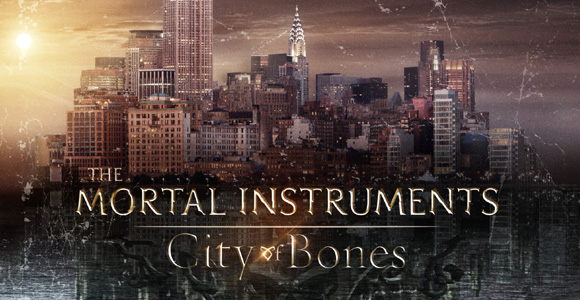 Being a long-time, avid fan of New York Times Best Selling Author Cassandra Clare’s The Mortal Instruments book series meant that I was downright excited for the official release of the movie adaption. I had really enjoyed reading about Clary Fray (played by Lily Collins) and her journey of discovering the existence of shadowhunters and learning to become one, as well as her complicated relationship with Jace Wayland, the greatest shadowhunter of his entire generation. So, I definitely had high expectations for this movie, and wanted nothing more than for it to live up to them.

The Mortal Instruments: City of Bones, in most cases, was definitely a wonderful adaption to one of my favourite book series. The movie was visually stunning, with eye-catching special effects and beautifully designed sets (especially Clary’s apartment and the Institute), and the dialogue was sound.

The actors chosen for the leading roles where perfect choices. I had never previously seen Lily Collins act in anything before, but her talent shone throughout the movie and it was obvious why she had been picked to be the leading lady. I had, on the other hand, seen Robert Sheehan act in the British television series Misfits. I was surprised to watch him with an American accent. Even so, he did an excellent job at portraying Simon Lewis. However, as someone who had only ever pictured Jace Wayland played by Alex Pettyfer, I was a little weary about Jamie Campbell Bower playing the leading man. Though, I was surprised to find that Bower was a perfect choice for the role.

Yet, despite the perfect casting choices and how visually stunning the movie was, The Mortal Instruments: City of Bones had a few issues. The movie moved at a pretty fast pace, as it tried to include a lot in only a short amount of time. If viewers had not read the books prior to watching the movie, they might have gotten a little lost, especially with certain characters, i.e. Isabelle and Alec (it felt as though they never got a proper introduction). Certain, important plot points were often glossed over, particularly Simon’s vampire storyline.

Overall, I really enjoyed The Mortal Instruments: City of Bones movie. However, I strongly believe that if you want to see the movie, you should definitely read the book first – you will enjoy it a lot more.