Who: Directed by Japanese filmmaker Ishiro Honda, starring the hard-working (really sweaty) Haruo Nakajima as the greatest kaiju of them all, and with SFX by Sadamasa Arikawa and Akira Ifukube (the iconic Godzilla roar that was recreated with this recipe) that helped astonish audiences at the time, thus ushering in an era of dozens of copycat monster movies.

What: Godzilla has a star devoted to him at 6925 Hollywood Blvd. It’s safe to say he’s the only product of a nuclear disaster to have one. The movie that introduced him to audiences first in Japan and then around the world is a warning against nuclear power and a tale of people uniting their various talents to save the world.

Where: Filmed at Toho’s studio in Tokyo and in the area of Toba City in Mie Prefecture, on the south-eastern coast of Japan.

When: Released in Japan in 1954, only nine years after the end of WWII, Godzilla was probably the most extravagant Japanese film that year—as well as allegedly being the most expensive film ever made hitherto that point. Interestingly enough, the kaiju film was the contemporary of Walt Disney’s 20,00 Leagues Under the Sea, starring Kirk Douglas, although of course most of the other films that year had absolutely nothing to do with sea monsters. A few notables were Hitchcock’s Rear Window and Dial M for Murder, as well as Academy Award-winning On the Waterfront and the blockbuster musical White Christmas. 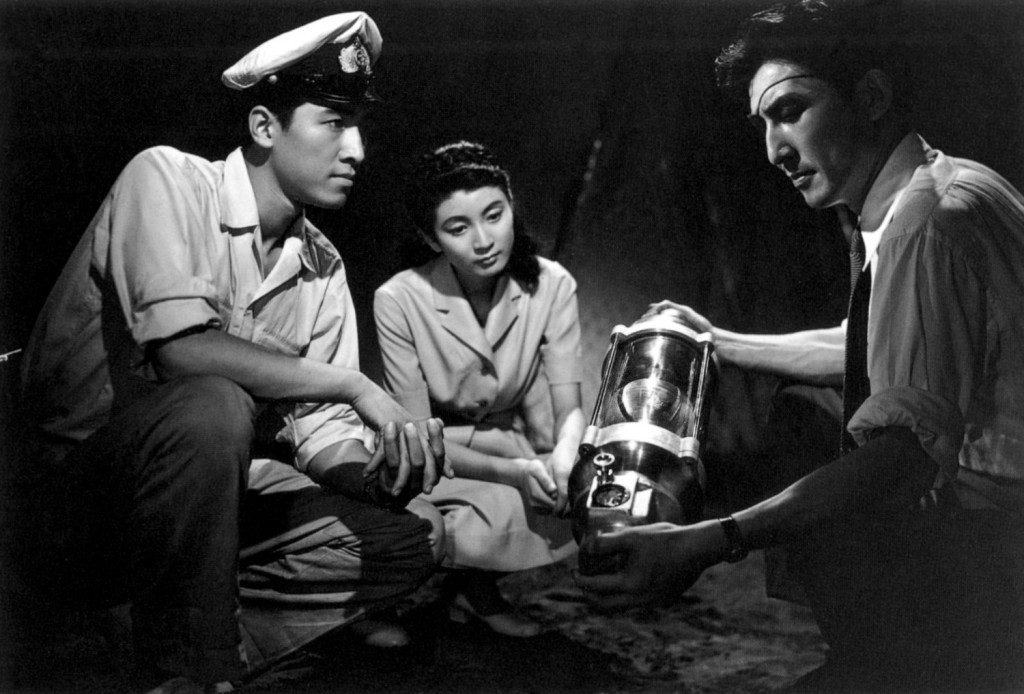 Ogata, of the coast guard, Emiko, of the love triangle, and Serizawa, of the eye patch, conspire against Godzilla.

Why You Should Watch It: Like I may have mentioned, this is the granddaddy of all kaiju films. Sure, without this film there is a possibility that Attack of the Crab Monsters would never have been made. But more importantly, without this film there is no young Guillermo del Toro watching monster movies and years later being inspired to create Pacific Rim. And in terms of SFX, working with models and miniatures was the format for years in the film industry. However jerky it may be, the tabletop Tokyo being rampaged by Godzilla is only a few camera innovations away from the really long tabletop Death Star being shot by Rebel starships.

In addition to being an early example of SFX ingenuity and just a lot of effort put into making a monster smash and destroy objects, the film is an odd gem of a classic Japanese film. Perhaps it’s not as stirring a tale as those told by Akira Kurosawa, but it captures the era nonetheless. The score hypes up the anticipation early and helps bolster what’s happening onscreen, perhaps so much that we may smile a bit these days. The film even has the guts to boast an unnecessary love triangle in a story that stars a massive sea dinosaur that breathes acid fire. One of the film’s primary heroes is an eyepatch-wearing archaeologist. It doesn’t get much more thrillingly odd than that. 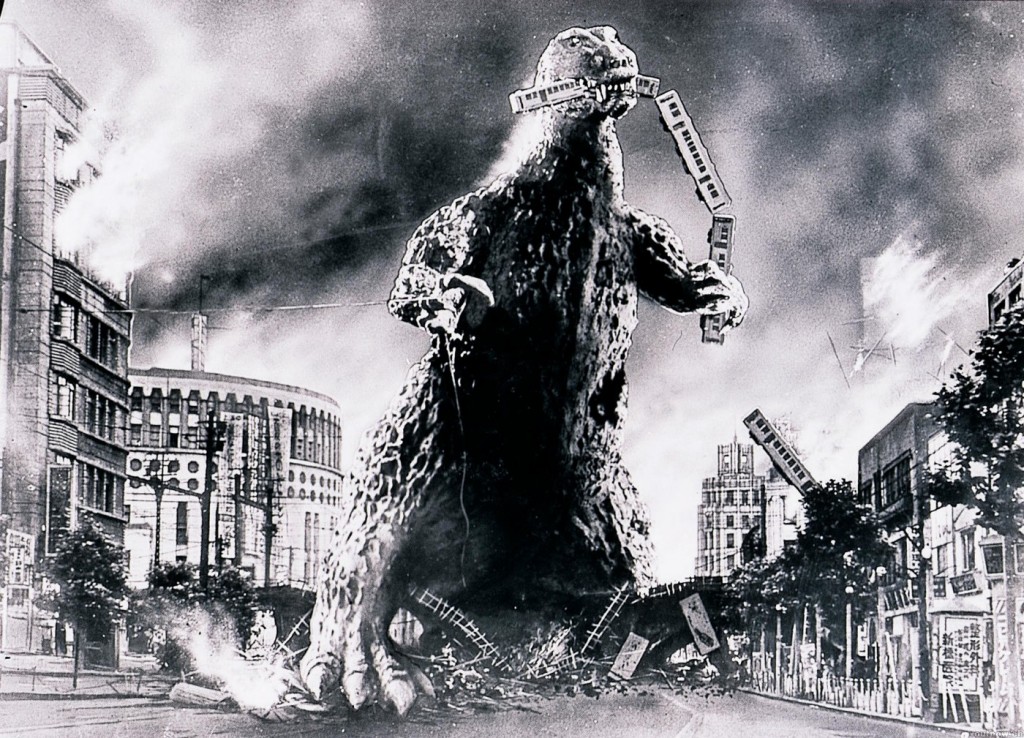 Godzilla eating a train like a string of hot dogs.

First and foremost though, it’s an anti-nuclear fairytale. The film is set in August, the same month that Hiroshima and Nagasaki were bombed, and clearly states that the titular monster is the result of the nuclear age. It’s not subtle, but it’s a part of the culture at the time and makes Godzilla a historical marker as well as an enjoyable monster flick.

Why You Could Maybe Skip it: I really don’t have much for you when it comes to why you should not watch the very first Godzilla. When it comes to the American remake that came out a year later, or any of the other sequels, I’m not sure. But this is the one that everyone should try to watch if you like sci-fi and have an interest in the monster movie sub-genre. Most versions you’ll find are subbed in English with the original Japanese voice tracks in place. If reading subtitles isn’t your thing, then that could be a hardship. The film also comes off as overly dramatic to Western and modern audiences, but that was simply the style of the day. Keeping that in mind, it shouldn’t be too much to handle.