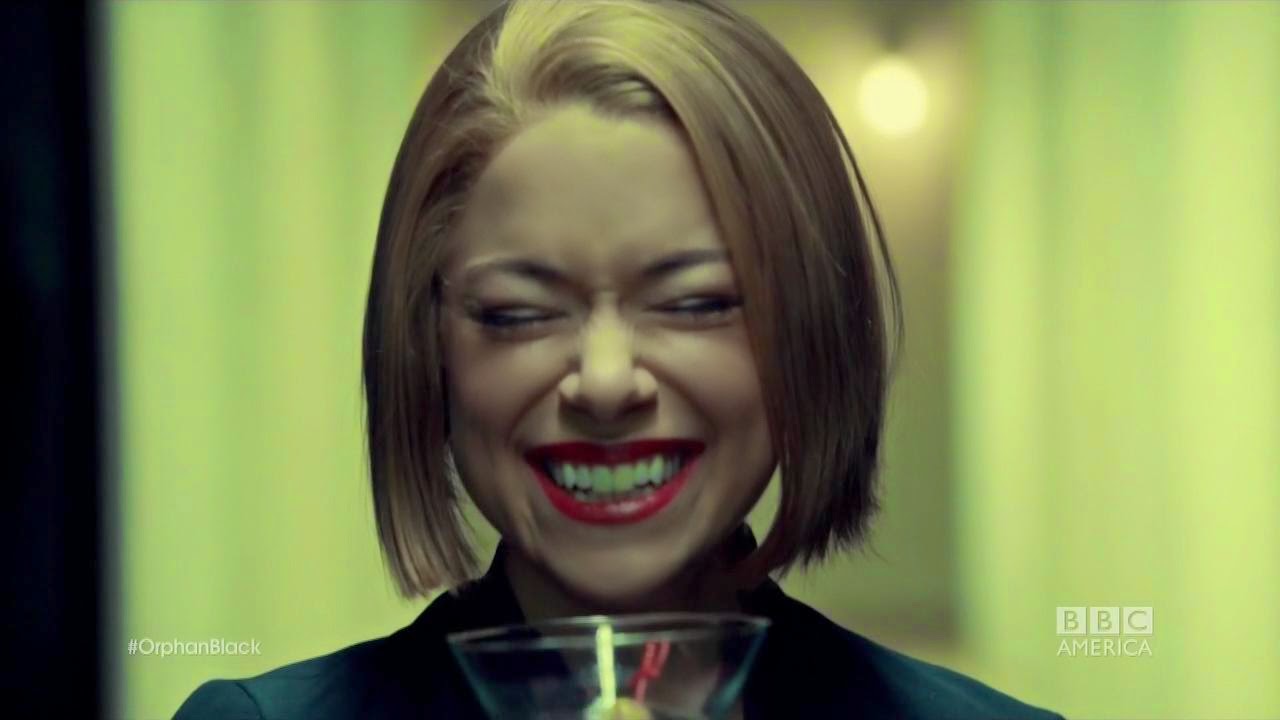 I absolutely love it when Helena goes insane. People forget that you can’t speak logically to a crazy person in the same way that you would speak to a normal person. You can’t plead for your life—they’re insane. Cry to the walls! The walls might hear you better. Someone should’ve told Henrik that.

I was wondering when we were finally going to check in on Helena, but I had no reason to worry. Out of all the clones, she and Sarah are the ones I’ve never had to worry about.

So, I was a teensy bit wrong in previous recaps. Helena wasn’t preggos, but she was getting there. We see the creepy Prolethian leader, Henrik, inseminating her with the fertilized embryos. Helena has always had an affinity for children due to her own childlike personality, so it’s sweet to see her so innocent and curious about the process. The problem is WE know about the sketch that Helena doesn’t pick up on. Gracie knows it too. 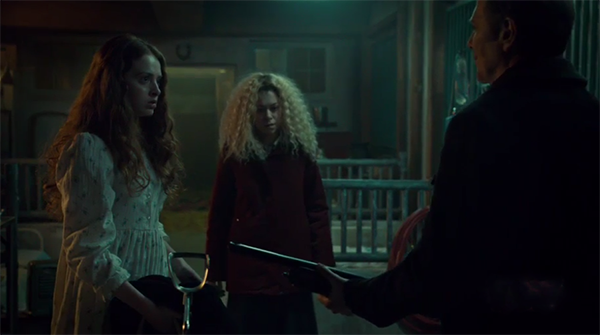 Gracie has been on the borderline with a moral compass that could combat Jesus’, so I wasn’t too surprised when she blew that popsicle stand. Henrik stuck that new batch of clone babies in her too, and that was the straw that broke the camel’s back. She was completely distressed because—screw science. Bottom line: those were her daddy’s babies. Gross!

My philosophy on life.

After a talk with Gracie, Helena realizes that the Prolethian concentration camp is not the place for her, and that she needs to get her butt back to her seestra. Gracie decides to tag along and stands up to her father. There’s a lot of unleashing inner strength in this episode. Henrik tries to stop the two girls, bopping Helena in the head with a rifle and locking Gracie up (again). His attempt to maintain order almost works, but Gracie and Mark CLEARLY have feelings for one another and Mark can’t stand seeing Gracie unhappy. He breaks her out of her cell, and then all the people with consciences leave Helena to her devices.

I’ll give you a riddle: what involves goat embryos, a catheter, and a very pantsless Henrik? I won’t say it, but…some very strange (and very painful) things. Henrik won’t be bothering anyone else from now on. Oh, and Helena burned the damn place down, so bye, Felicia!

For the gazillionth time, Donnie Hendrix needs to thank his lucky stars every single day of his Snorlax life for Alison. There’s not too many women that would scrub down a bloody vehicle and dispose of a body with you. I call that a soulmate.

Donnie and Alison spend the episode burying Leekie beneath the garage.They’re held up momentarily by Vic and his nonsense— yes, he’s back. No, he wasn’t randomly hit by a car between Sunday and Friday, but you know, he’s not so bad this season. I just wish he would go sit down in a ditch somewhere. He shows up at the Hendrix home with Detective Pain-in-the-Face (or Angie) in her sketch-mobile, still blackmailing him to find out more about the clones. Plan fails: the Hendrixes ain’t got time for that foolishness!

Donnie confronts Pain-in-the-Face and Vic, telling them to back the hell off his wife and warns that some secrets are better kept hidden. I have to admit, when I saw Donnie go out to that truck, he looked slimmer, taller, had Patrick Dempsey’s hair, a tan (?) and—did his eyes change their color? Why was Donnie suddenly attractive? Alison thought so too because they got it on in a pretty comedic way.

Things are a lot less funny at Dyad. Delphine gets appointed by Rachel as, in the words of Sarah, “the new Leekie.” The catch is that Dyad wants to bring Kira into Dyad to help Cosima. This time, they need more than a tooth; they need her bone marrow. No one likes the idea, but it’s hard to argue for the opposing side when Cos is coughing out her spline every 5 seconds. Sarah and Mrs. S leave the decision up to Kira. What do you think she picks?

Our Monkey’s having a rough day. Kira goes through with the procedure, and her Uncle Fe and Sarah huddle around her for support. It isn’t easy seeing a young child getting a giant needle shoved in her back, but she stays asleep through all of it. 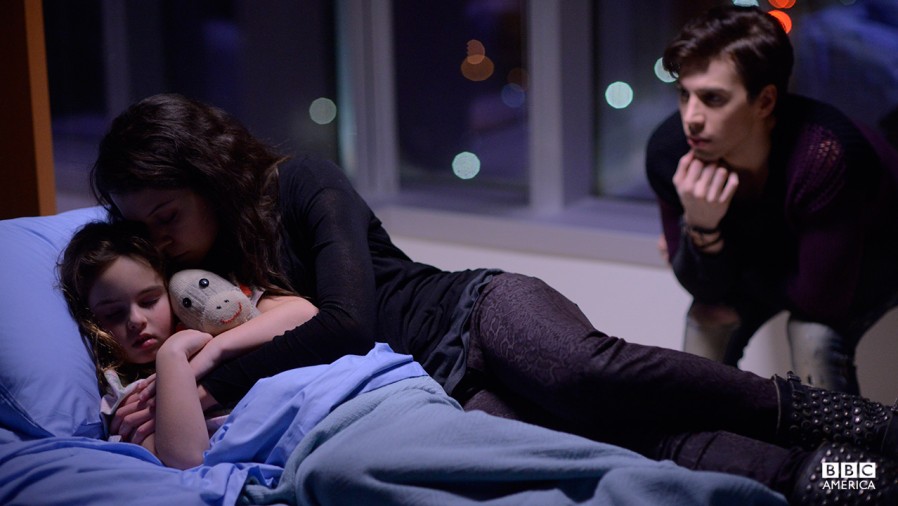 I knew Rachel couldn’t be trusted. These last two eps, she’s been playing nice, trying to get us to believe that she cares about Cos and has everyone’s best interest at heart. Wrong! I mean, there’s definitely more to Rachel than meets the eye, but she’s been so brainwashed that it might be too late to expect there be a human in there somewhere. OB keeps showing us these glimpses of Rachel showing pain, compassion, joy, but does that give her a reason to act so coldly? After a meeting with the mysterious Marian, Rachel watches videos of herself and her parents when she was younger. She cries over pictures of Sarah and Kira, and you think, “Wow, underneath all that pomp and circumstance, there’s actually a decent person there.” Wrong.

In a jaw-dropping scheme to finish the episode, Rachel disguises herself as Sarah (much better than Helena), drugs Fe, and whisks Kira away to a bedroom drowning in forced pink decorations. She says it was the same room that she grew up in. Great, so you want Kira to end up like you? Sarah will never let that happen, and Mrs. S has her Bone Thugs waiting somewhere in the shadows to back her up. 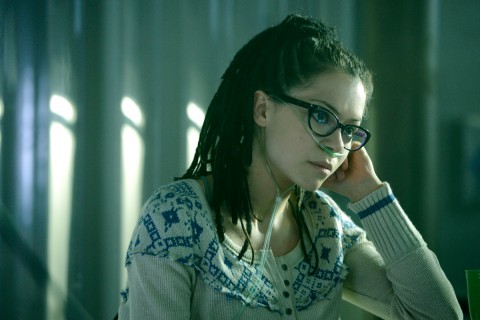 This might have something to do with me being anti-Cophine, but I could’ve strangled Delphine this episode. It’s 100% her fault that Kira was taken. I knew Rachel wasn’t so careless as to leave information about Benjamin on her laptop for Delphine to see, but that Dumphine fell for it! She brought the bait to Sarah, luring her away while Rachel had time to snatch Kira. The more I think about it. I guess Dumphine and Cos are meant for each other. They’re super science geniuses, but get all smooth brained when faced with tricksters. They’re too naive, too trusting, too dense! We don’t have time for Dumphine to be making mistakes like this! Doesn’t she realize that Cos is on her deathbed? Doesn’t she know she’s playing around with Kira’s life and being used as a pawn? Gawd. Only one episode left. Lawd help us all…