I’ve tried to explain Only Lovers Left Alive to a few people at this point. It’s been a mixed success. First, don’t go into it expecting a vampire film. You might be disappointed at the lack of blood spatter. Second, keep in mind that all the main characters are vampires and they are determinedly and fantastically so. So perhaps all I can say is go watch it prepared for what people have already termed a contact high—a contact high with the intertwined lives of two highly intellectual, musically-obsessed, well-read, multi-lingual lovers who happen to be vampires. Director Jim Jarmusch has managed to make one of the best recent films to star vampires, partly because the undead, bloodsucking nature of the characters wasn’t his raison d’etre for telling this story. (See this Cannes interview for more on that.) 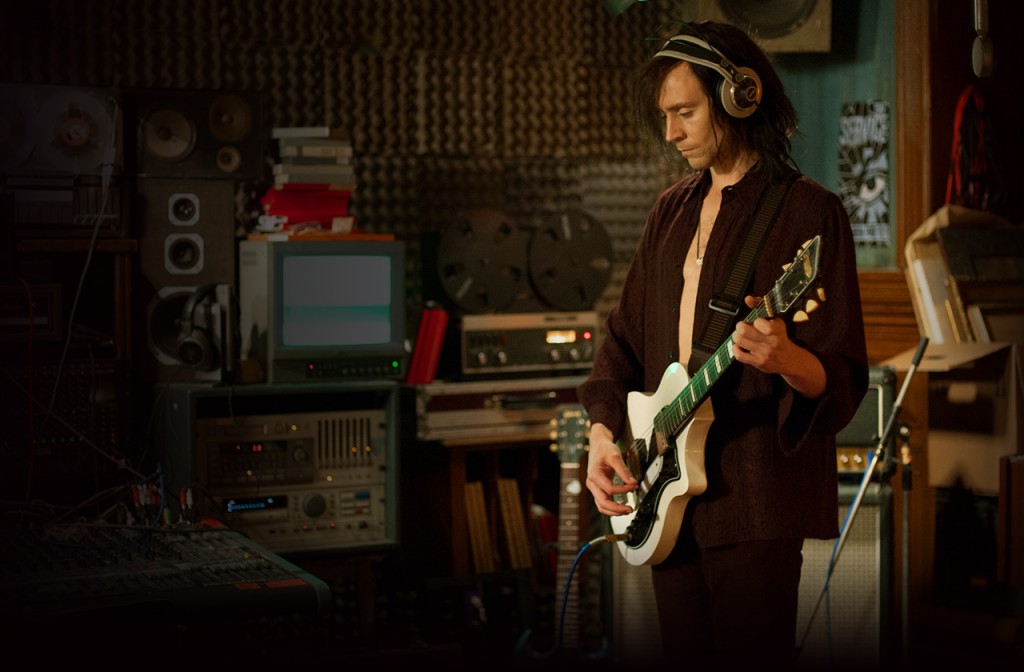 Adam (Hiddleston) demonstrates the overlap in appearance between vampires and rock stars.

Only Lovers Left Alive has the great chance to address how a relationship looks in a long-term fashion, and in this case, a very long-term fashion. It’s the vampiric longevity of the protagonists, Adam (Tom Hiddleston) and Eve (Tilda Swinton), that provides Jarmusch with the opportunities to explore life the way he does. What would people do with what amounts to eternity? As an artist, he suggests that they would (or should) devote themselves to the arts, literature, and sciences. In other words, that they would be enamored of subjects in which we explore the human condition. His undead seem to have a very vested interest in the living for more than sanguine reasons, and they make some amusingly acidic observations at the expense of their less dead neighbors. They also happen to be loaded, which is an advantage when you can’t hold a day job. But I suppose if long term investments work for anybody they must work really well for vampires.

It’s pretty idyllic, all existential crises aside. His characters realistically react to the prospect of never-ending days in differing fashions. Eve takes joy in everything, from watching a skunk crossing her path to being able to dance for no reason. Adam loves music, but has bouts of dark melancholy, in which he despairs over what humanity has turned into. And Eve’s sister Eva reacts to her vampiric privilege in an entirely disparate fashion to these two. She provides a contrast to the nose-in-book mentality one could find almost problematic in Adam and Eve. It is the trio’s conflict, along with their interactions with a very chill human (Anton Yelchin) and a fun literary scandal of a character (John Hurt), that comprises the film’s loose and languid plot. The end hinges on vampire-specific problems, while pieces throughout tease you with the possibility of a larger, rather nicely fleshed out vampire story in Jarmusch’s years of unused notes. You can feel that he is eating up the fact that he gets to make a darkly comedic vampire movie for the literary set. 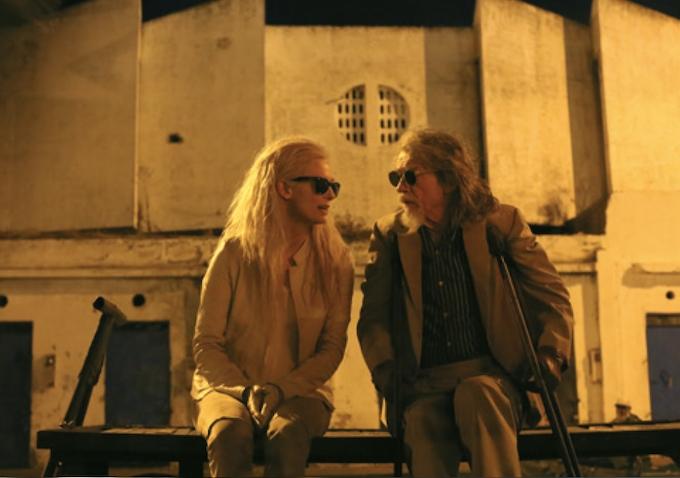 Primarily, however, this film is a love story. Before you make a sour face, wait a moment, because this is a really damn good love story.  By that I mean that it’s one of the most realistic and positive portrayals of what it is like to truly love someone who isn’t at all like yourself—and maybe doesn’t hold all the interests you do, or sometimes does things that you know are stupid. Adam and Eve don’t even live in the same time zone, and they are not the sappy, desperately-in-love kind of characters we often see in “love stories.” They have fights, they make up, they don’t look their best while lounging on the couch, and they still flirt with each other after hundreds of years.

As the title suggests, and Adam and Eve’s onscreen symbiosis displays, Jarmusch may be of the opinion that the world as your oyster is not worth much alone. But that’s an overly simplistic summary of a film that introduces you to engrossing individuals and their very engaged view of the world—albeit a nostalgic one. These alpha predators choose to spend eternity exploring the vagaries of the universe with record players and blood popsicles as their accessories. And if that doesn’t make them quite human for a pair of the undead, then I don’t know what does.