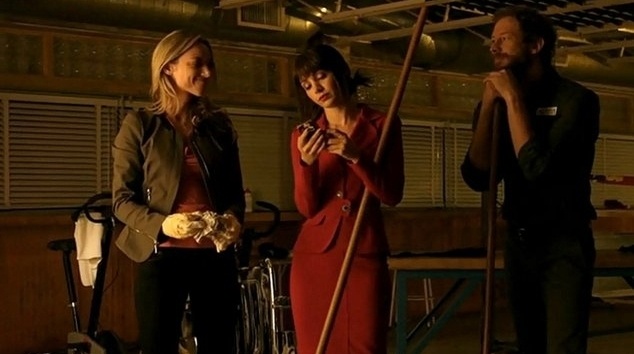 I am just wtf-ing this entire season. I have no idea what’s happening on all fronts. The storyline, to me, is a little wonky and all over the place, but I know one thing’s for sure: I’m suspicious of Rainer.

Maybe it’s because we’ve never seen Bo like this—all girly and vulnerable. We last left off with Bo, claiming that Rainer was her destiny. This episode begins with kicking everyone else out. How teenage girl of her. Nobody cuts my Kenz off! Anyway, we relish in flashbacks for the majority of the episode when it concerns Bo. She asks Rainer to show her how everything came to be between them. I have to admit, I enjoyed these scenes. It’s that squealing K-drama fanatic in me.

Bo’s first night on the train, Rainer acts completely uninterested, even venturing into jerk territory. Of course, Bo is being her usual, difficult, feisty self, but I love that dynamic: the feuding man and woman that fall in love *cue the music*. Plus, Rainer does something I’ve never seen before: he puts Bo in her place. Even Big Bad Wolf Dyson doesn’t do that. I mean, don’t get me wrong; there is no contest when it comes to Dyson’s masculinity, but he’s never tried to dominate Bo before. Rainer, on the other hand, immediately shows Bo who’s really running the show.

In the present, Dyson, Lauren, and Kenzi team up to keep themselves busy while Bo gets her space. A woman, Diana, goes for a swim in her company’s (Alaria Tech’s) pool and loses her legs. That wasn’t me being creative; the chick literally gets her legs yanked off. 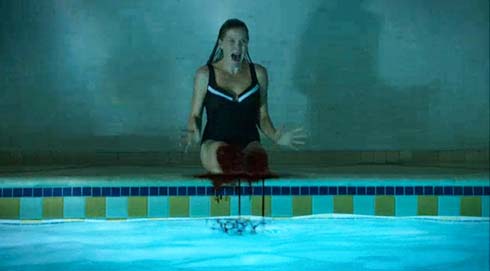 Upon further investigation, they discover that a mermaid is in pool! Kenzi (and I) thought Ariel would pop out of the water and sing “Under the Sea”, but it didn’t happen quite like that. For starters, mermaids, as it turns out, aren’t all seashells and crab friends, they’re some sinister pieces of work.

It was a little difficult to point the finger at who’s the real villain this episode. In order for a mermaid to walk around on land, they have to take someone’s legs and find a way to attach them. Darren, the boss of Alaria Tech, gets his legs voluntarily from his assistant, Tad. Darren is the brother of Diana and Dominique, the mermaid that took Diana’s legs. Talk about sibling rivalry! All in all, these three are a hot mess. Diana and Darren are trying to live on land, but Dominique wants them to return home. That changes when Darren presents the idea of just taking Dyson, Lauren, and Kenzi’s legs for he and his sisters. This is not a good look for the mer-people. They seems fickle and dishonest. I suppose this takes a page from Greek mythology, instead of Disney.

Don’t worry, though! Our kids are okay. Dr. Lauren sprays these crazy trio down with tap water and completely eliminates the problem. BOOM! Case closed with a job well done.

We leave the past with Bo and Rainer after she relays to him her plan of gaining her memory back. Bo goes straight to the Una Mens to get Rainer his power back (foresight in battle). Together, they take down the Una Mens (and it was BAD, like merciless- massacre bad, like is-that-really-Bo kind of bad), but not before the blonde androgynous one leaves her with a cryptic message about choosing to follow Rainer. (See? Even they think he’s bad news!) 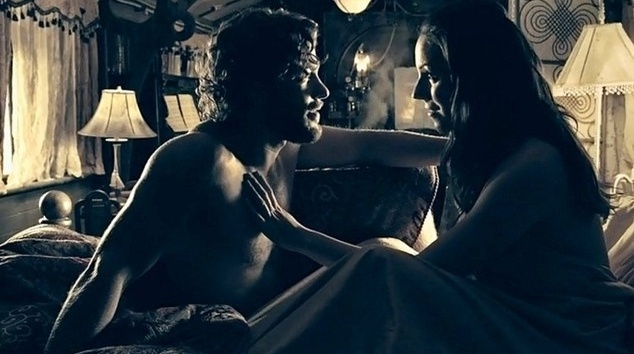 The episode ends with Trick dropping by and telling Bo not to kill the Una Mens (too late Gramps!). He says that when they die, their collective power filters into a magic bean looking thing called The Origin Seed, and that if it gets in the wrong hands, it could be dangerous.

Hey guys, are we doing another random talisman-type thing? What happened to those magical shoes? And if we’re going with Rainer not being Bo’s dad, then who the hell is? I read something about Odin on Tumblr… (I really need to get off Tumblr.) Also, I don’t get the part about the butterfly and Bo’s past. I wonder who kidnapped Bo in the first place. If Rainer didn’t do it (well, he SAYS he didn’t do it *side eye*), it has to be her father, right? This episode is leaving me with too many questions! Ah, until next week!