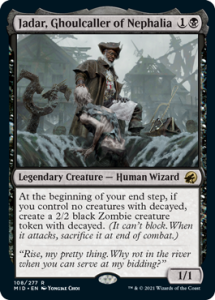 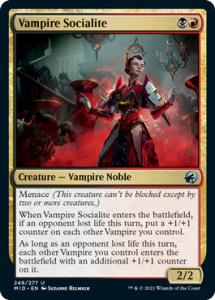 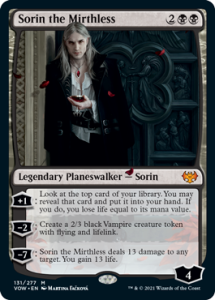 I’ve yet to see either deck work properly, but that doesn’t mean someone won’t figure it out or another set won’t give one of them enough cards to work. They’re fringe players… for now. For Vampires, Sorin The Mirthless is a medium-level planeswalker that generates value and protects itself—thus passing the usual metrics—and Vampire Socialite seems a lynchpin for all aggro variants. The deck needs a few more low-level beaters to work properly, but it’s getting there. Zombies, on the other hand, seem to have everything it needs. Between Champion of the Perished, Jadar, Ghoulcaller of Nephalia, Graf Reaver, and Archghoul of Thraben, the deck mostly builds itself. And there’s one other notable card that demands to be in decks… 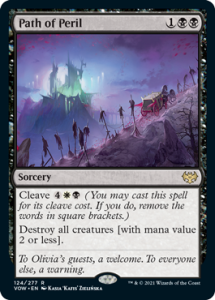 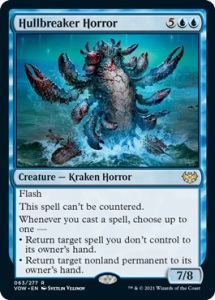 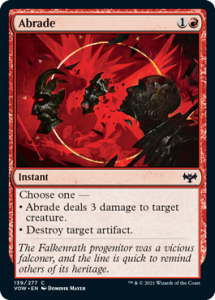 This is such an absurd card. It’s got a few edge cases where it fails or dies before it does something, but that’s more a piloting failure. This thing is a control finisher. It’s a Dream Trawler-level threat. Spell chains on the stack can be torn apart, and the opponent’s defenses sent back to their hand. You can’t even counter the thing! Decks should not be running too many Hullbreakers, but two copies, a lot of disruption, and various counters are basically a deck. It requires a lot of skill to use it properly, but when it’s piloted well, it’s one of the most powerful things you can do in Crimson Vow standard. And playing it is a lot easier because…

Impression 5: Mana-Bases Are Getting Aggressive Again 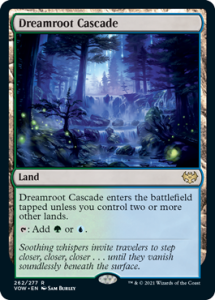 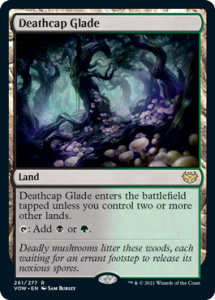 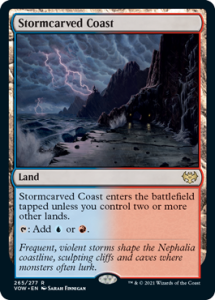 I think it’s almost a tradition for me to comment on stuff like this, but the new enemy color lands are solid additions. They don’t promote blistering starts, but still help balance out a mana base. Combining them with all the creature lands adds an interesting layer of complexity where you need to think about the order you play them. If it wasn’t obvious before, running a few Field of Ruins is increasingly relevant and powerful. Some decks can easily run out of regular lands to replace the nonbasics.

And that about wraps it up for this one. Unlike some of my set reviews, I don’t have sweeping things to say about Crimson Vow. It feels like an extension of Midnight Hunt—because it basically is. It’s hard to distinguish which cards are from which without checking. But that’s not me complaining necessarily—just wondering how much of a shakeup the next set will bring to things. Before then, though, I’m hoping to see a few interesting strategies come out of this set. I’m always holding out for more combo and ramp decks to gain popularity. A bunch of aggro and control decks either taking too long or too little time to come to a resolution is not fun long term. Magic’s at its best when there’s a very dynamic interplay of deck types. Hopefully, Crimson Vow brings us a lot more of that. 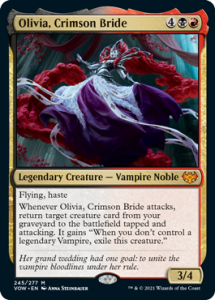 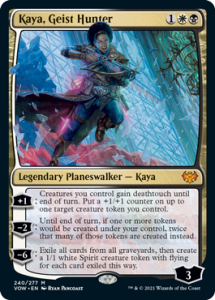