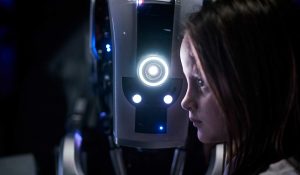 Spoilers Ahead: Go Watch I Am Mother

I Am Mother is a film that seeks to subvert expectations and prey upon the genre savvy bunch that is the modern audience but ultimately can’t stray from its own well-worn niche and standard plot machinations—but I don’t mean that as an inherent negative.

And, fair warning, this is not a spoiler-safe review.

Because I Am Mother is a movie of twists, both soft and hard, and my biggest criticism of the film is that it’s ultimately Terminator, but with a much more intellectual leaning with what it wants to explore.

And it’s not just surface level either.

The ideas here are varied and deep.

But the ultimate plot of this movie is that an A.I. wanted to help humans and decided—as you do—that the best way to help them is to kill them, as they are a threat to themselves. So far, so standard—but the cleverness is in the introduction of the next step, right there in the title and the first five minutes, that she is, honestly, planning to help humans as a twisted mother.

I Am Mother Is The Perfect Movie Name For This

And they go for this theme harder than any bargain-bin horror movie imitating the classic of Carrie, Friday the 13th, and, in a less direct way, Psycho. The theme of motherhood here is explored across every dark, curious, and dangerous path it could go with just (sort of) three characters.

But it’s also not exactly that kind of movie. They were right to call this a “thriller,” because no other real genre is right for it. Sci-Fi, yes, horror, sure, but only in implications, some imagery, and one truly chilling moment of silence. This movie isn’t willing to be dragged down to one label.

As I said, there’s a lot of subverting going on here—even if a lot of outcomes are what you expected all along.

I Am Mother Can Not Always Manage Surprises

I thought the plot was going to stay within the base, but they go outside. I thought they were going to reveal Mother to be a friendly being while the ones outside were not, but she’s both. I Am Mother is usually clever enough to go around where you expect it to go and keeps on doing that with such routine regularity that you just stop guessing.

But they’re not flashy about it. This movie is pragmatic with everything it does. Nothing is wasted. I cannot imagine how many iterations the script went through on this thing to get the mirror shine it has—even what seems like plot holes are not plot holes, just setups without heavy camera focus. From the small numbering on things that’s not obscured, but never seems important until it is, to how Mother seems to take forever to run to certain locations when you’d think she’d be faster, to even the genre-savvy question of “why are there not cameras recording that?” are all answered, paid off, and genius. 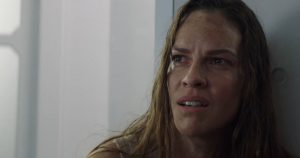 I Am Mother Inspires Perhaps Even A Little Awe

It’s not often I call a movie damn near perfect at being what it is, but I Am Mother is that movie. This stunning magnificence deserves viewership and the full theory treatment from the internet for being mostly just a series of conversations and people sneaking around but remains so intricately plotted and constructed that you don’t notice or care.

It’s another slam dunk from our increasingly golden age of media.

The effects are good. The acting is great. The voice acting for Mother is sublime. And the ending somehow unexpected, logical, satisfying, and not the very morbid outcome for our main character that it seemed certain it was going to be, all in one package.

I don’t give stars, but, if I did, I Am Mother would get ten out of ten, five out of five, and two thumbs way up in the air. 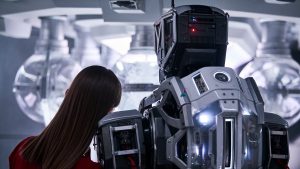