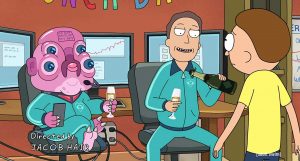 Is Season Four of Rick and Morty Good?

The biggest question of Rick and Morty season 4 is: are the first three episodes an improvement, or a detriment to the quality of the show?

Well, it’s hard to tell. The animation in a few spots has gotten better, that’s for sure—but, on the storytelling side: the series has a further level of irreverence than usual to it and not always positively. There’s an entire episode about a toilet that honestly seems like the creators just wanted to see if they could honestly make a toilet episode a poignant exploration of loneliness—and they did it—but that doesn’t make it not really silly and kind of stupid. 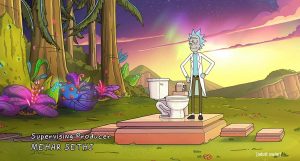 Rick and Morty Got Even More Ridiculous?

They also seem to have characters develop a little too easily flipped switches. By that I mean Rick is quicker to just flat out murder, or cause death on a massive scale, and other characters flip-flop to changes of heart in too little time. Episode 2’s dating app, while very biting satire, is kind of silly when you think about how readily people listened to what the app determined for them. Rick and Morty has always used broad, truncated emotions out of necessity to talk about how people and aliens interact with something—but it’s usually out of a very concrete understanding of people. Make a person have a wife or kids they care about, use broad imagery to make you, the viewer, care, then do something horrible to them is practically a trope in this show. But, even given that, Season 4 just doesn’t seem as smart as previous seasons emotionally. 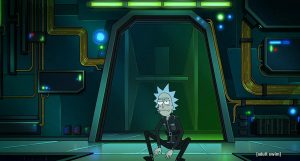 Rick and Morty Doesn’t Seem As Smart As Before

But how is it plot-wise? Well, thankfully, that part is fine. Rick is literally a god, with technology powers on a scale that’s lowered and raised as the plot needs—so there’s no “issue” with him having or doing world-shaking, basically magical things. He comes back from the dead, but in a funny way. He controls minds, but in a funny way. The sheer scale of what Rick does in the 3rd episode is still making me chuckle. The series is always at its best when it’s parodying or simply warping—usually nightmarishly—some common story concept. And though I’d argue that aspects of episode 3 are regurgitated from the M. Night Shyamalan episode, they still clearly have plenty of ideas for what to do with the show’s universe. Rick can solve any problem, yes, but he’s often too egotistical or emotionally damaged or just drunk to do so quickly. And that’s usually entertaining.

So, wrapping up, I feel like the newest season is just another season of Rick and Morty. The show is consistently entertaining, even at its worst, and though the newest episodes don’t do much that’s wildly more impressive than usual, it’s got a comfy psychopathic madness to it that I’ve grown to enjoy. 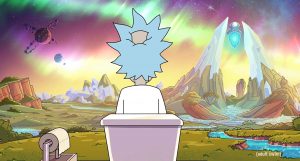