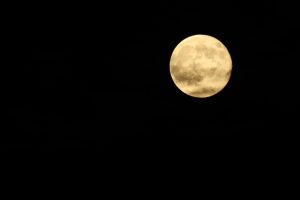 Unlike most of Sci-Fi Blogger’s content, Halloween Highlights is not P.G.13 and is not child-friendly. The content contained within is of a disturbing nature. Videos and written content may cover or show topics such as violence, gore, sexual themes, dismemberment, and all manner of other frightening and unpleasant things. There will also be swearing and other “naughty” language. If you are of a sensitive nature or do not wish to view or hear this sort of material, then check out a different post. Halloween content of a tamer nature will also be going up on Sci-Fi Bloggers, and we recommend you view that stuff instead.

Song In The Sky is one of the greatest animated shorts I have ever seen outside of Pixar, and excellent even by that metric, from its basic premise to its style to its world and story. The fact it is not receiving corporate levels of funding to produce another episode, when drastically inferior shows are being made and promoted, is a freaking travesty—and I am genuinely a little upset about it.

The animation may seem dodgy at first but stick with it, if you’re reading this first, because I’m not kidding when I say that within under ten minutes of content, I was pulled in, hooked, and wanting to see more.

It’s rare to see a world, a fantasy world with deep adult themes and lore, outside of anime, and it’s even more rare to see all of that from basically one sole creator—a Mr. Sam Frederich. Without knowing anything about the man himself, he’s earned my respect as an artist.

An Audible Perfection On Halloween Highlights

But, shall we get into the meat and potatoes of this, since I’ve been gushing about it for so long already? Good: the music is amazing. All the sounds are. The main villain of the episode has this scream that somehow makes you feel for it as it’s attacked—even though objectively it’s a monster that kills humans like they were flies. All the main characters’ voice work is incredible, as well, with truly introspective musings that manage to never come off as pretentious.

Also, and this really impresses me: it pulled off a “Proper Noun Dump,” usually a massive bane of fantasy stories, without ever being an issue. Somehow, from context, parts of it were obvious, and the parts that weren’t—instead of being confusing—simply acted as further intrigue.

Song In The Sky is the rare project that never comes off as derivative, only inspired, and is so packed with a perfect understanding of its world, even from its first episode, that it matches the impact of something like Attack On Titan for sheer instant engagement and immediately established dire stakes.

It is an actual, factual masterpiece of an animated opener to a series that seems like it can only get more interesting with its progression. I hope that Sam can make more of his series, and I’d even hope that he gets work with larger animation studios—because anyone who can make something like that is someone I want working in that industry with the best tools available, now. 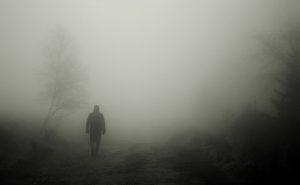