Strand (played by Colman Domingo) leaves a recorded message on Althea’s (played by Maggie Grace) camera before heading off to meet Daniel (played by Ruben Blades) who greets him at gunpoint.

Strand tries to negotiate for a plane from the small fleet Daniel ‘acquired’ but Daniel is wary about trusting Strand, although he wants to help Althea and the others. Morgan (played by Lennie James), John (played by Garrett Dillahunt) and Alicia (played by Alycia Debnam-Carey) search for Althea who went missing chasing a story at the crash site. Morgan and Alicia go off on their own and find more radiation signs, in the woods Morgan finds caged birds used to lure walkers but gets caught in a trap by a woman (played by Karen David) in a hazmat suit. The woman warns that Morgan could be contaminated but is tackled by Alicia who believes she has Althea. She introduces herself as Grace and explains a water reactor melted down the year before, the walkers may carry dangerous pathogens as a result and Grace has Morgan decontaminated by her truck. Alicia radios the others and warns that walkers may be carrying radiation. 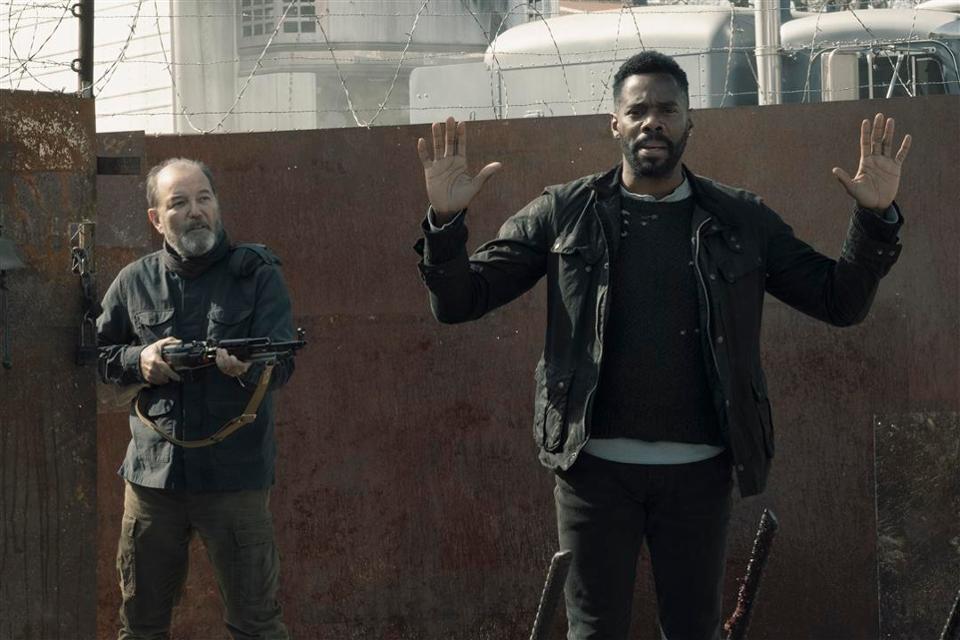 Not the friendliest reunion.

Little disappointed the ‘Skidmark’ video title was just the name of Daniel’s cat but he’s a welcome sight on my screen. His distrust of Strand is not entirely unfounded and even though we know Strand wants to help everyone the amount of times we’ve seen him put himself over others leaves a little doubt. Althea will be pissed if/when she’s rescued because Alicia and Morgan ended up finding what could have been her best post-apocalyptic scoop yet. Radioactive walkers is a new twist and makes them much more dangerous, let’s be honest killing walkers has become very routine. Yeah groups are dangerous but people go around killing lone walkers like it’s a chore and now they do that at their own risk. Twists like this keep the walker threat fresh and make things interesting.

Strand tries to reach the others on the radio to prove to Daniel he’s trying to help his friends and not run off with a plane but can’t reach them. Meanwhile, Grace is checking dead walkers for radiation but notices a fence down and says they need to fix it to keep walkers with radiation contained. A group of walkers appears including one with signs of radiation, but the walkers fall into the mud making them indistinguishable, but Grace is able to safely kill the contaminated one. Grace reveals that she worked at the plant, but her coworkers and their families died in the meltdown and sees it as her responsibility to keep them contained. Luciana (played by Danay Garcia) contacts Strand on the radio who says he’s coming to help before they lose contact. Luciana goes out and finds the antenna down, walkers show up but her injuries overwhelm her and she barely makes it back inside. 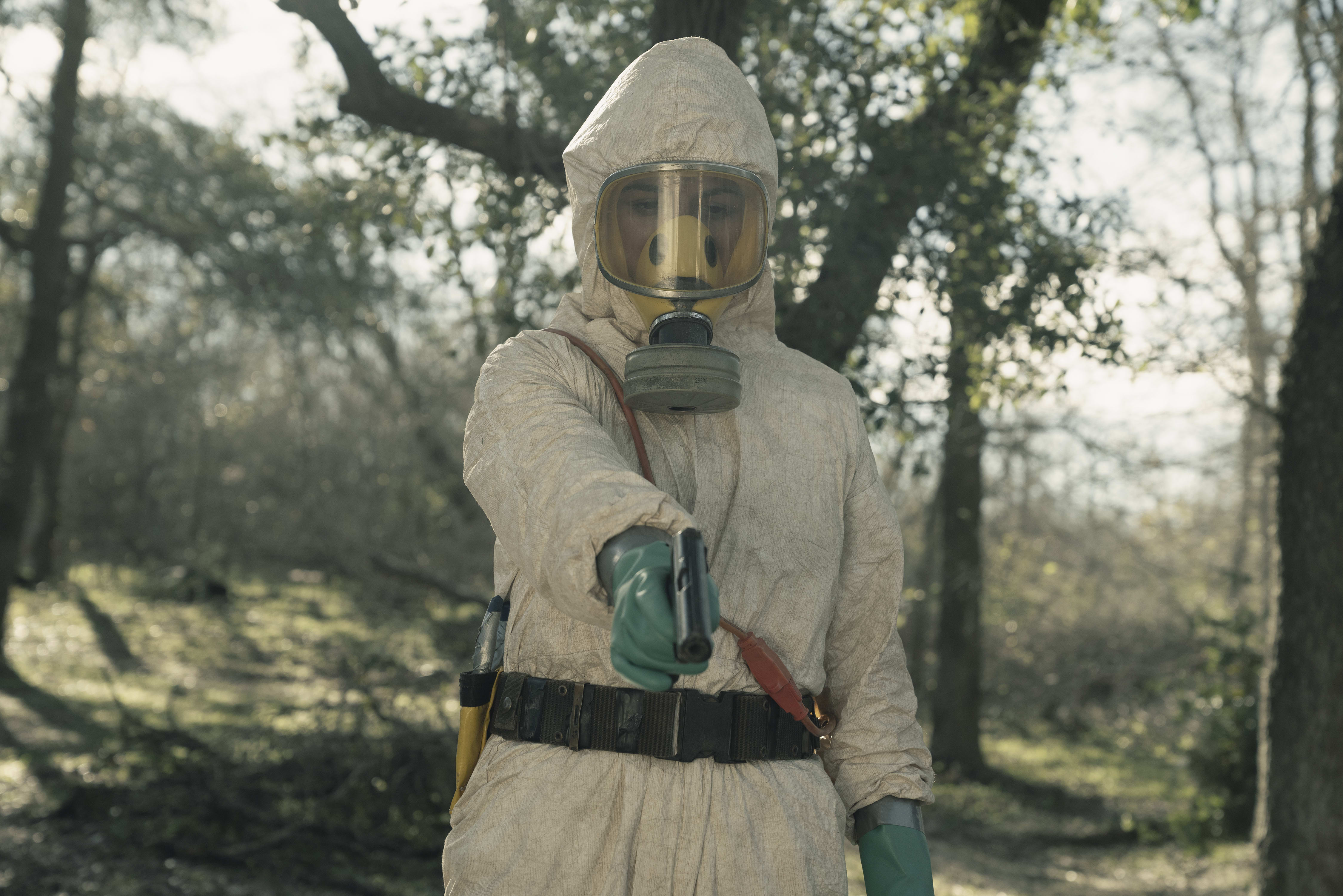 Just when you thought it couldn’t get any worse.

Maybe know that Luciana proved Strand wasn’t lying Daniel may learn to trust him a little (friendship is out there’s way too much bad blood there). Luciana is running around like she had a minor accident instead of surviving a plane crash she needs to chill out before she actually wrecks herself. Grace’s backstory is a sad one but it’s also a little troubling that we’re learning so much about her in the first episode she appears. Usually they flesh out characters over time but Grace is an open book, is that just a different pacing in storytelling or is Grace maybe not going to be with us very long? It’s great to have a fresh face in the mix so I’d like to see her stick around at least for a while.

That night a depressed Alicia muses that she hasn’t done anything to help people, but Morgan gives her another pep talk. Morgan and Alicia offer to help Karen find the remaining contaminated walkers and offer a place in their group. Karen declines both offers because she doesn’t want to risk their lives and reveals she was already exposed and has no idea how long she has left. The group find Luciana passed out and the walkers that attacked her strung up and realize someone is trying to send a message/scare them. Daniel refuses to give Strand a plan arguing that whenever Strand does try to help people, he just makes it worse and forces Strand to leave.

If the world hadn’t ended Morgan would have made a great motivational speaker. Karen it turns out is on borrowed time but that seems like a red herring. For one if she were exposed she wouldn’t walk around Morgan and Alicia without a hazmat suit and second, Karen only seems to think she’s exposed because of being near the reactor she didn’t sound positive. the unseen gang tried to scare the group off but instead they’re just ready to dig in their heels and fight. They’ll have to since Daniel isn’t giving Strand a ride, looks like even knowing Strand is trying to change isn’t enough for Daniel.

“Every walker I kill that’s one less dangerous thing out there.”

No major losses tonight unless you count Morgan’s stick (and he sure does).

“I’m high from the drugs because of my injury and talking shit aren’t I?”

Hopefully Karen will be around for an interview with Althea so she can be immortalized on film.