A man named Chuck (played by Charlie Bodin) sends a message over the radio after watching the video the group made; he’s held up inside a mall and bitten. He states there are many supplies there and hopes whoever finds him will put him down after he’s turned and bury him. Morgan (played by Lennie James), Grace (played by Karen David) and Dwight (played by Austin Amelio) hear his calls and break into the mall.

They find a large group of walkers in an underground level and worry Chuck is among them. While discussing what to do, Grace becomes sick and faints. Morgan is worried it is a symptom of the radiation sickness that will eventually kill her. Dwight leaves to meet the caravan so they can load supplies but Dwight is skeptical they will be able to constantly fend off Logan (played by Matt Frewer) and his crew. On the way, Dwight is caught by one of Logan’s men and knocked out after claiming he led the man away on purpose. Morgan remains optimistic they might be able to bring them around but Dwight’s experiences with the Saviors leaves him doubtful. Grace confesses to Morgan she’s constantly worried that even the slightest cough is the start of radiation poisoning and wants to use an Urgent Care clinic in the mall to run tests. The Urgent Care is on the lower level so they use a toy car to clear the walkers but Grace lures them back while trying to kill a walker she thought was Chuck; they barely make it inside a store to safety. 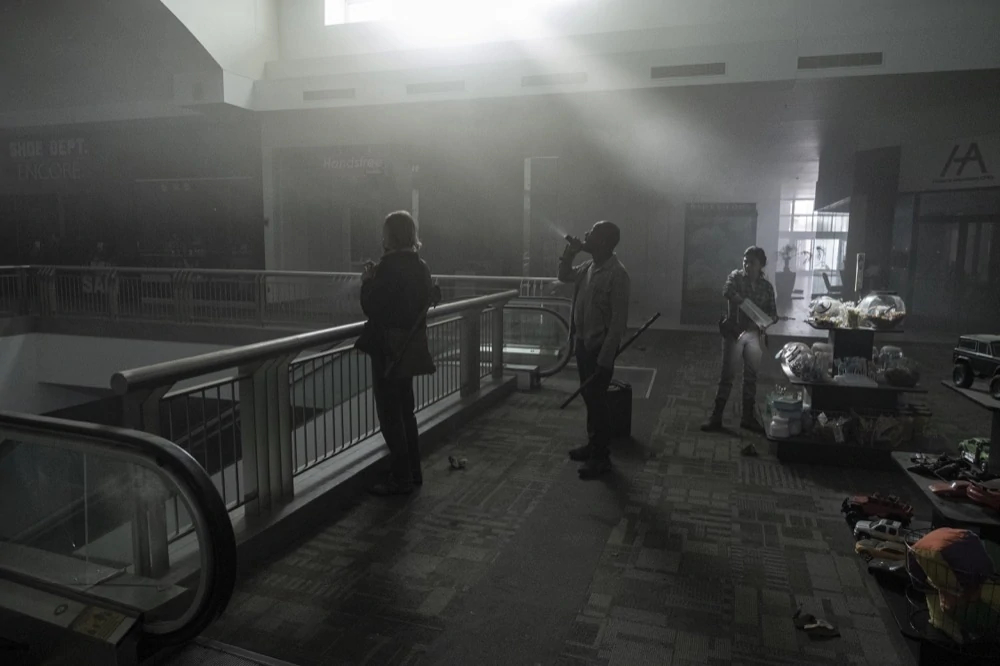 Who wants to hit the food court?

Zombies in a mall are probably the most recognizable trope in this genre but there’s a reason it works; it’s fun to watch. There’s lots of room for fighting and action plus they get to experience things from the past (beds and junk food are always great especially after a couple years). It’s a nice gesture trying to fulfill a dying man’s last wish and they not only get to scour for supplies Grace can have herself checked out. I felt like if/when Grace had that test it would show that she didn’t have radiation poisoning at all. She would find out she was worried over nothing and can live out her life without any health concerns. Granted that would be a huge cop-out given that Alicia (played by Alycia Debnam-Carey) already had that happen to her. But Grace is growing on me as a character and I wouldn’t be too upset if it turned out she could stick around for a while. Or if the worst happens Grace can at least have an idea how long before she gets too sick and adjust accordingly.

Grace tells Morgan the regrets she has about always overthinking and playing safe in her life. Morgan is hopeful that if the scan shows she has cancer there’s an option but Grace shuts that down. Meanwhile, Dwight’s captor taunts him about Sherry and even burns a letter she wrote him, but a walker provides a distraction for Dwight to knock him out. Instead of killing him Dwight lets him go giving him the second chance once given to Dwight. Morgan and Grace take the back halls after the walkers break in the store; they start the generator but the alarm at Urgent Care set the walkers on them again. After a few close calls, they spot Chuck on the roof from a security camera and realize he’s alive. Chuck wanted to see the stars before he died but the night is cloudy, so Grace rigs a machine to project stars and they sit with him until he dies and buries him the next day. In the end, Grace decides she doesn’t want to know and instead just wants to enjoy whatever time she has left. 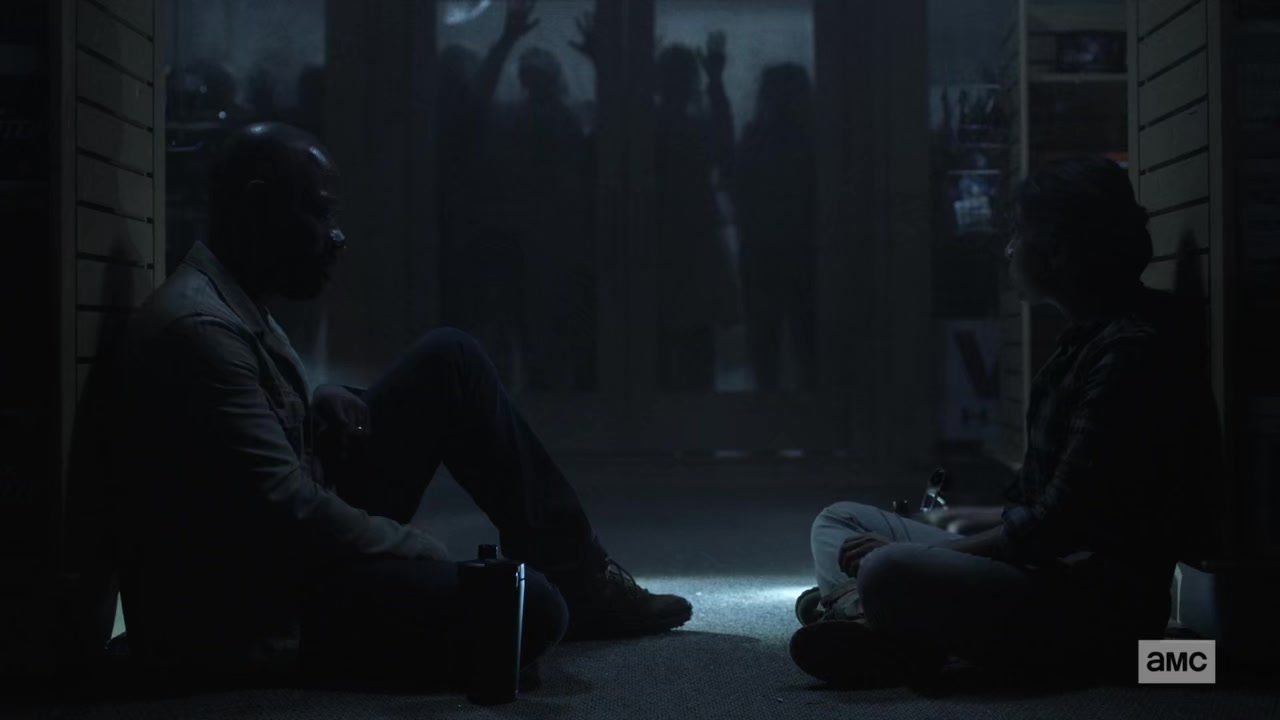 Dwight had the best intentions I’m sure but he’s going to regret this decision, he’ll probably end up having to kill that guy. He redeemed himself but that’s because he had his wife to think about and he worked to earn tentative trust which was why he could leave; this guy was probably planning Dwight’s death as he walked off. Morgan and Grace ended up being able to make Chuck last moments happy and peaceful (and 9 times out of 10 that’s just not happening). Grace’s choice not to test herself was made out to be a proud moment of her accepting to live her life but I find it baffling, to say the least. Yeah if it turned out Grace had cancer it would weigh on her, but she could still live it up (as much as you can in the apocalypse) and know what’s going to happen. If it were me, I would want to know especially since they will likely never get another opportunity like that again.

With the generator still running Grace rides the carousel and entices Morgan to join her. The others arrive to collect supplies but Morgan shocks Grace by saying he’s not going with them. He wants to find Althea (played by Maggie Grace) who’s out alone to give her back up, Grace is visibly saddened (as is Morgan) but he leaves.

Morgan and Grace have an intense romantic connection that was gradually building all episode. Morgan hasn’t had a romantic interest since his wife died at the start of the original series and he’s clearly not ready to handle something like that. The sooner he gets past that the better especially with Grace’s health concerns; she may be ready to live to the fullest but that may not last long.

“At least I found out the truth about candy before it was too late.”

Grace may have gotten the name wrong but ‘candy beansies’ sounds nice than ‘jellybeans’ to me.

“Did you bring something to tear my fingernails off with, a pair of plyers maybe?”

That convoy looked huge did they pick up new people somewhere that we didn’t see?