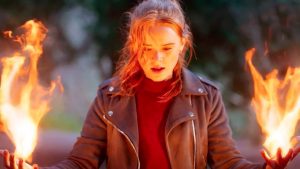 This Review Is Not From A Long-Time Winx Fan

I vaguely recall the original Winx Club show. My main memory of the series was the catchy 4Kids intro and that it was similar to W.I.T.C.H. But I know that among many it was a childhood classic.

So, please be aware, I’m mostly going in blind. I didn’t know about the issues of whitewashing, for instance, until after I had formed my opinion of the show. And though that aspect sucks and betrays something integral to the original series, it’s not part of my general evaluation. For this review, I have only general media to compare it to and thus might not review it the same way as other reviewers.

Like, for instance, I liked Fate: The Winx Saga generally. Of the slew of Magical College stories to come out lately, I consider this in the upper echelons. It holds a place for me alongside only The Magicians in its understanding of keeping both an escapist fantasy world and yet presenting adult problems. It’s better than either Legacies or The Order, certainly. Those two shows seem to not understand the balancing act needed to make this premise palatable. 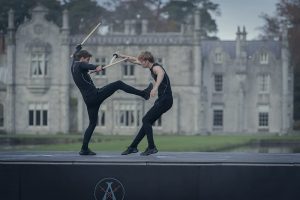 It also helps that Winx has stakes to it. The Burned Ones, an original creation for the new series, are threatening. Though they are a little too easily defeated by the heroes when it’s convenient (they murder so many trained people before then), they are kept off-camera and scary.

And this level of things mattering persists. There’s actual character intrigue that holds up well and continues through the show and is propelled by the whole cast. This is not fluff. Like some of the best parts of The Magicians, characters deal with real stuff, real trauma, and understandable uncertainty. They have believable emotions. Even the love triangle and random love subplots are better here than they normally would be because the characters have way more going on than just their dating lives. Also, when we do focus on romance, it progresses. This show being short appears to be helping a great deal. 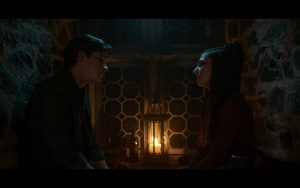 This Show Actually Moves Its Drama Along Quickly

It’s nice to see mysteries solved within an episode or two. It’s nice to see conflicts handled, and new ones opened at a solid pace. They do not make you wait for another episode, or another season, just to learn one thing. Sure, there’s ongoing questions, but they reveal stuff regularly. And that’s refreshing.

This also allows the characters to grow, and become more complicated, and show more aspects of their personalities. Again, they are allowed to progress. And, though the cast does a great job even with somewhat cliché beginnings, I want to give special credit to Elliot Salt’s acting. Her character honestly gets kicked around a lot, but she’s got a stubborn powerfulness that I think is really cool.

So, yeah, solid characters, excellent pacing, and a not-complicated but fun-enough magic system makes for an enjoyable watch. I do hope it fixes the issues it has in its next season by introducing new or omitted characters, but the first three episodes convinced me it should get that season. 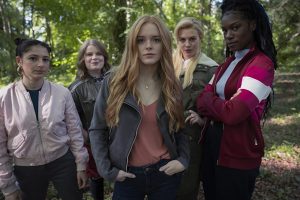