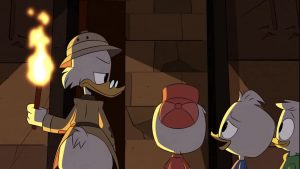 DuckTales Is Perfectly Good All By Itself

As a point of disclosure, I have not seen much, if any, of the old DuckTales show. The callbacks in the new series are lost on me unless they are a reference to Darkwing Duck, which I do have a history with and loved as a small child.

So, it’s with barely any nostalgia glasses that I give the DuckTales reboot a glowing, absolutely stellar recommendation. Straight up, this is one of the most delightful shows I’ve seen since, well, since I saw Gravity Falls. The new Disney cartoons are so well done, so slick and skillful in execution, that they have my attention whenever they decide to put out another show for slightly older children. 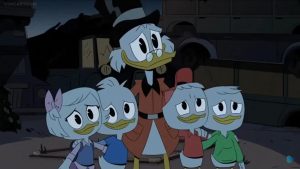 DuckTales Is In A Long And Respectable Line

The thing that got me to look at DuckTales before I had that bias, though, was David Tennant. As an avid Doctor Who fan, his presence alone was a draw, but having heard him in the role…he’s perfect. The Scottish accent paired with a sometimes grumpy, sometimes excited affectation is delightful; he is the best person to portray the richest duck in the world. 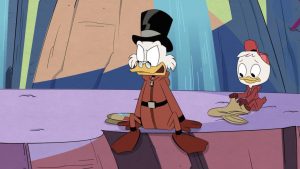 David Is One Amazing Voice Talent In DuckTales

And the hits in that department just keep going. Stopping the annoying squeak of the original triplets was good enough, but the new voices are all distinct and endearing. Of the three, Louie Duck is a standout to me, with a laid back, greedy, and snarky personality portrayed by Bobby Moynihan.

And then there’s Webby. Webby is amazing. She’s one of the most fun “action girl” style characters I’ve seen in a show. It’s not my place to confirm it, but I hope that she’s an inspiring character to little girls with her hyper-competent but still friendly and open nature. 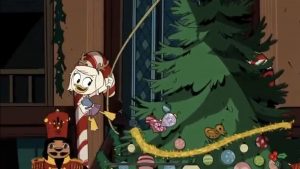 DuckTales Does Not Miss A Beat With Its Cast

Really, there’s not a bad character to be found. The villains are all great, with funny lines and yet real menace. Glomgold has a bombastic voice that manages, somehow, to never get to be annoying even when he’s showboating up a storm. Similarly, Magica is hammy in the best way and Mark Beaks is a pitch-perfect lampoon of startup culture.

The only real issue with the series—though much less for older fans like me—is that DuckTales can be a little, uh, adult, for lack of a better way to say it. Multiple characters express that they have preferred ways they would like to die if they had to (Webby, a child, demands that if she must be sacrificed, it be ritualistically accurate). Vocabulary wise, Scrooge uses words in alliteration that a child has zero hope of knowing. I had to reach for a dictionary several times during a single episode. And, generally, the show does not shy away from lethal consequences to mistakes. 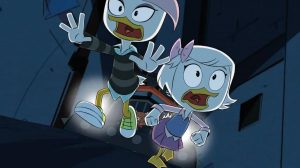 DuckTales Is Actually Rather Dark Sometimes

Now, I’m never one to think that kids need talking down to, or can’t handle darker concepts—as a child, I really craved shows that challenged me—but it is notable enough the level of threat and violence and dark humor that parents considering showing their children DuckTales might want to consider the temperament of the kid in question.

But, for those that don’t have that concern, please show DuckTales (2017) to your kids. Watch it with them or by yourself. Get anyone who likes cartoons or animation or adventure in front of DuckTales. The show is charming and clever and funny enough to entertain even the most genre-savvy of viewers.

Just be warned: the theme song, even after 30 years, is still one of the catchiest and stuck-in-your-head things I’ve ever heard.