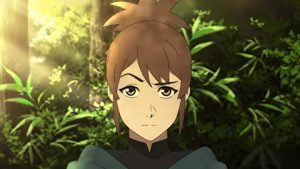 Dragon’s Blood Is Only Meant For Fans Of DOTA

Cards on the table, I went into this show to see what a layman might get out of a DOTA series. I don’t know the games or the lore. I had almost no idea what DOTA: Dragon’s Blood would be like.

And, first off, I discovered I’m not the audience the creators intended. This is not, despite what some may say, an introductory series. Dragon’s Blood is so steeped in its universe there were entire scenes lost to me. Visual references and surreal moments alike are presented in such a way that unless you know what you’re looking at, it’s practically nonsense.

But what makes this even worse is that they pace the show like it is for new people. I’m sure some might enjoy long scenes of elves explaining how the gods of this world work, but I’m deeply not one of them. Its lore moments are long, hard to follow, and the show does not care. The first minutes are a torrent of information with little grounding or context or even some level of stating why it’s particularly relevant to the show’s unfolding story. That may come later, but it’s not doing much for the first three episodes. 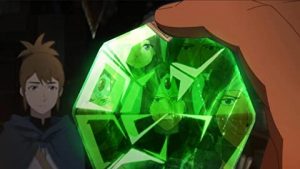 What Info We Get In Dragon’s Blood Is Confusing

So, okay, we get it. It’s not made for a newbie. That’s not a feature. But might it be a good way to gather some interest? Might it be like how you can dive into a comic book and be intrigued enough to learn more about the other comic books it references?

Uh, maybe. What I mostly got was an inferior version of Game of Thrones combined with a less clever The Witcher. There’s nothing jaw-dropping about it.

However, two big things did stand out—in a good way. The first is that the show has shockingly strong dialog, if odd considering the medieval setting. I know I gave The Irregulars some flak for modern-sounding dialog, but here at least it’s witty, consistently used, and this isn’t a real historical location. Fantasy worlds can have whatever language or dialect they want, that’s just suspension of disbelief. And here it works because it instantly characterizes people and makes them more likable. Davion the Dragon Knight, for instance, is mostly a generic lug-head, but he’s also honest, and earnest, and has a good heart—and we learn all of that from small conversations. 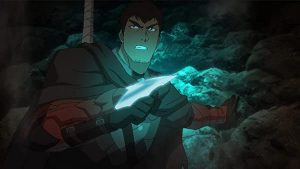 At Least It’s Not Very Often Also A Boring Show

The other cool thing about this show, even if it’s being handled remarkably clunky from a purely structural level, is the side story that springs up out of nowhere. The elf girl and her adventures honestly should have been its own show. It’s got a fascinating hook, big ideas, and the political intrigue is strong. They somehow drag, rush, and skip chunks from this seemingly compelling story, but what’s there is solid. I’m sure it means way more to the fans—like every scene—but props where it’s due.

As you’ve probably guessed though, none of this is enough for me to watch more, or recommend you even try. My bewilderment was not offset enough. I want to say I’m interested. They’ve set up so many mysteries and relationships and plot lines and a lot of them seem cool, but I feel like I’ll always be missing something. I can find better epic fantasy than DOTA: Dragon’s Blood easily enough. There are shows out there that don’t require an encyclopedia to discern its plot. If you like the video game, by all means, but the rest of us should just keep on scrolling. 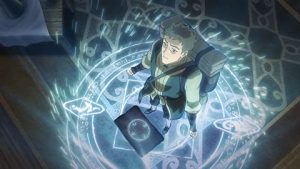