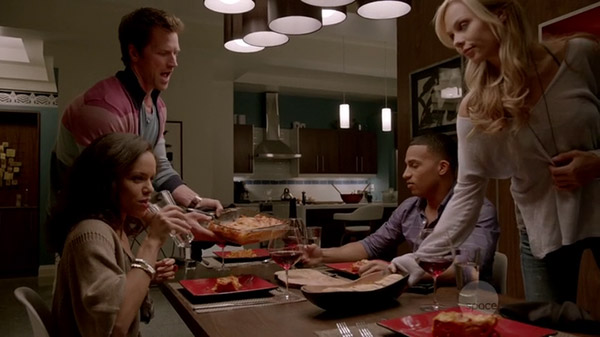 There are so many dead bodies plopping around Bear Valley. There were at least four very bloody cadavers this episode and I’m wondering, much like the wolf pack, who the hell is responsible.

It was in the last episode when Elena said some lone wolf was giving randoms the Bite and not teaching his kids the rules. So far, we can knock one wolf off the list. Elena and Clay tracked the psycho-mutt to a club. They knew he was the one responsible for the murders because his scent matched. It was all dark lights and neon colors, but Elena and psycho-mutt sniffed each other out fairly quickly. Things got out of hand and psycho-mutt (no idea what this kid’s name is) couldn’t stop himself from changing in the crowded nightclub. Elena got the mutt into a room, but lo and behold, he managed to break free in wolf-form and take down two people before someone stopped him. In my opinion, Clay should’ve come in sooner. 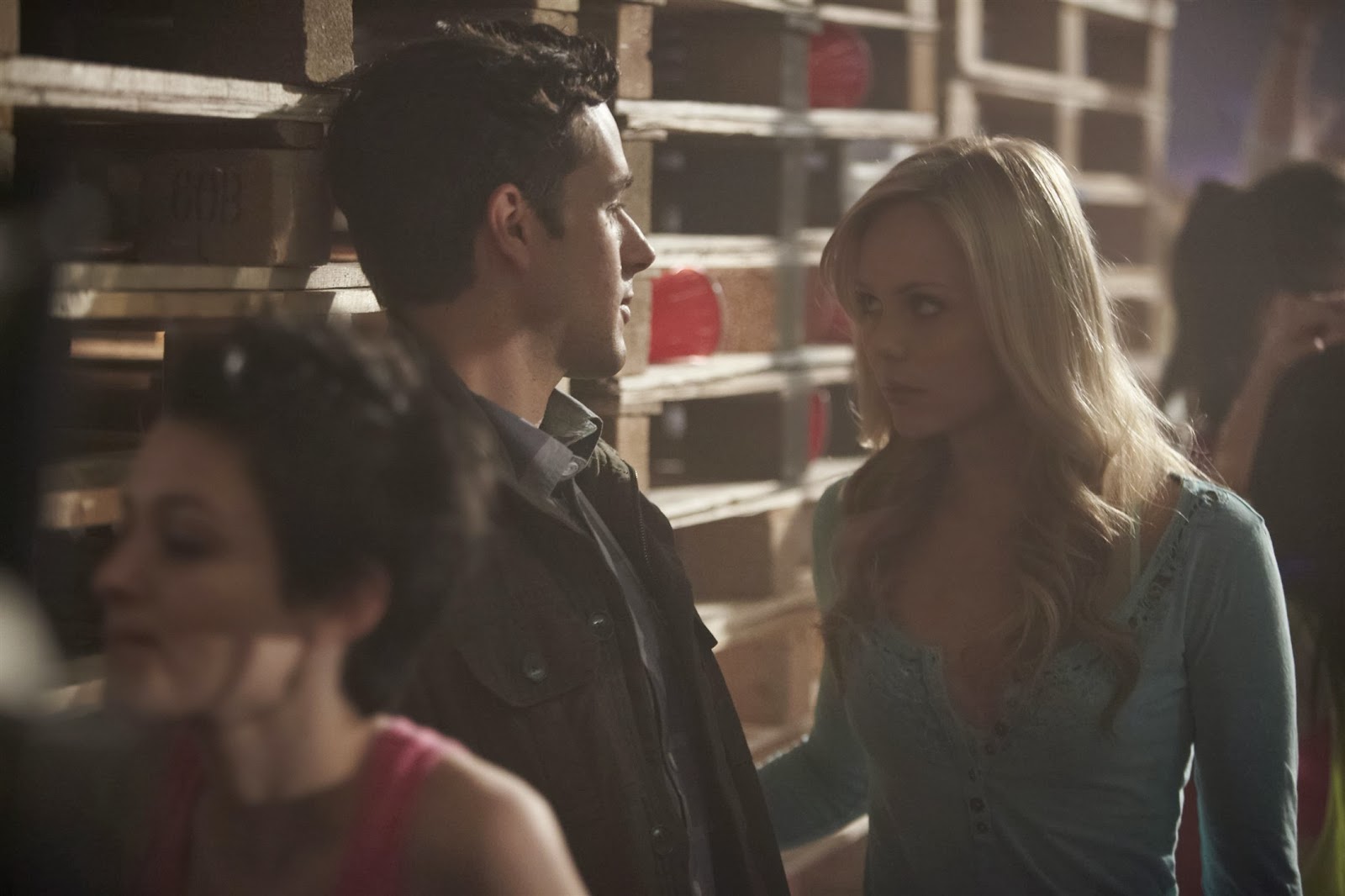 I understand that Elena hates cruelty, but her mercy is starting to cause problems. For starters, what was she doing in that club? She should have kept the psycho-mutt calm and stayed away. Obviously, the mutt can’t control himself and that’s why he’s been on a killing spree. So, being an older wolf, she should’ve anticipated that. She could’ve kept an eye on him until he got out of the club, probably ready to take a victim, then she and Clay could’ve knocked him out and taken him to Jeremy.

Not only that, but psycho-mutt not only killed a woman that night, he also bit someone. Everyone knows a werewolf bite is a contagious. Elena wanted to bring the man back to Stonehaven, but Clay assessed the situation, deciding that the man wouldn’t have survived the change after days of excruciating pain, and killed him.

We’re three episodes in, and I’m wondering where this great wolf in Elena is. She’s proven to be a pretty decent tracker, but perhaps her year as a loner has made her slack in other areas, like judgment? Or is it cloudy because she was still trying to hurry back to her life in Toronto?

By the end of the episode, with the psycho-mutt dead, Jeremy thought the worse was over. He told the troops they could all go home. Smooth sailing right? Nu-uhn. Logan and Elena got the surprise of their lives once they returned to Toronto. Philip orchestrated a dinner party with Logan and his girlfriend, Rachel. I thought that this was a good thing. Elena’s so inconspicuous that it makes her obvious. She worries too much. Logan’s a good liar because his lies offer the information, but Elena’s lies come from snippets of the truth… 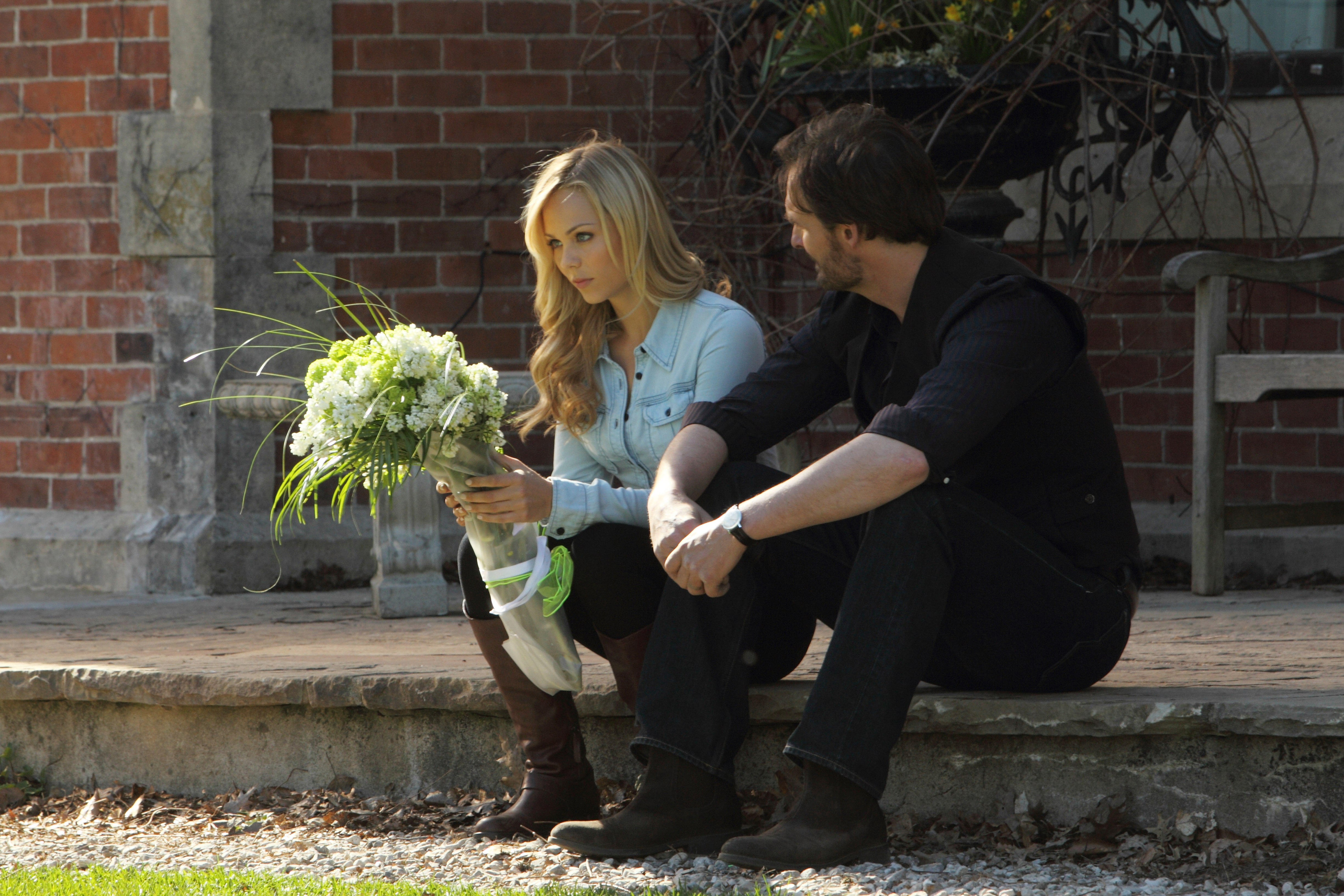 …the truth that Philip, or whoever she’s lying to, has found out themselves, so she looks suspicious.

Clearly, the significant others want to know more about the people they’re in relationships with, so a dinner might put some of the interrogation at ease. If they offer up pieces of themselves, then Philip and Rachel might feel the need to stop looking. But as Clay said, there has to be someone you can be your whole self with—no lies, no hiding—and this is where things get complicated.

Right when Elena thought she was away from Stonehaven for good, Logan got a call about another murder, one closer to home. Peter, another part of the extended Danvers family, was killed by an unknown source. Looks like they’re going to be making another trip to Bear Valley in the next episode.