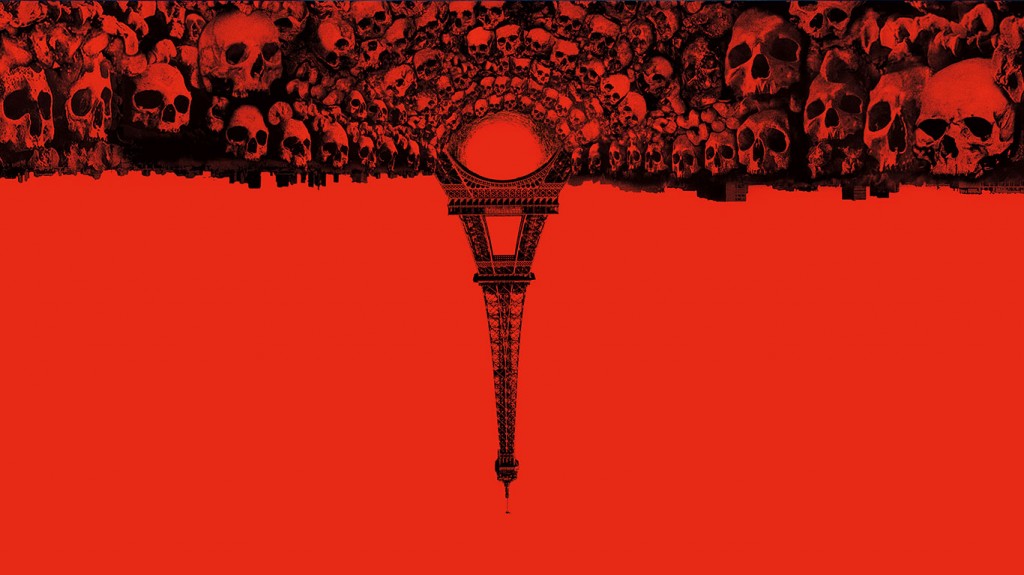 The night I saw As Above, So Below, I left the theater at 11:34. I was suddenly reminded of third grade and how much fun it was to make words on a cheap calculator. All I had to do was turn a calculator upside down, and 11:34 becomes ‘hell’. And, as every 3rd Grader did at the time, I giggled, a tiny jolt of mischievous shock coursing through my veins. Hell was still a terrifying concept to imagine. In spite of the fact that I was teasing my mild-mannered sensibilities with a “naughty word,” it still brought to mind fire, suffering, grotesque demons, eternal darkness. I was playing, but I knew, deep down, that this was nothing to play with.

So who would’ve thought that, thirteen years later, I’d feel that same little shock after seeing this film. This time, however, there was more mischief than shock. This portrayal of hell didn’t receive my terror, it received my ridicule.

I will give props to the premise. The film follows Scarlett (Perdita Weeks), an archaeologist continuing her late father’s hunt for the fabled Philosopher’s Stone, rumored to be able to heal wounds and turn common metals to gold. The search leads her to the catacombs of France, but as she and her team uncover the horrors underneath, the seeking of the elixir of life turns into a struggle for survival. I’ve never seen a horror film based on alchemy. Its more occult aspects can translate well into supernatural horror.

The movie falls victim to the main issue that plagues “found footage” movies: poor cinematography. Odd at best (an early scene where the camera rests on Scarlett’s shoulder) and unwatchable at worst (pick a fight scene, any one), the movie makes it difficult to understand exactly what action is taking place and who is filming. Isn’t it also convenient for any shadowy figure that the characters wear glaringly bright headlamps but keep the light pointed at the ceiling? This way, any monster can stay hidden until their particular jump scare. How thoughtful of them. On occasion, the movie will present a creative sight, but for psychological horror, the movie is a bit straightforward. Even a silly film like Oculus managed to blur the lines of reality and keep me guessing; this film gives just a nugget of visual insight into each character’s fears, preferring to let exposition do the heavy lifting.

The story’s pacing is weak. We don’t enter the catacombs till about 40 minutes into the movie’s 93 minute running time. The beginning has Scarlett turn into Nicholas Cage from National Treasure, stringing together clues and riddles with far-fetched answers, followed by her translator ex-boyfriend (Ben Feldman), whose saying  “I’m not following you down there” only gets more convincing the closer to the catacombs he gets. Once underground, however, the movie speeds up, pushing plot points, scares, and deaths to the point where it’s difficult to keep track.

To sum it up, As Above, So Below is a mess. Save for a decent performance by François Civil as the team’s guide, the characters are bland. When the scares aren’t predictable, they’re silly, to the point where my audience laughed multiple times. The movie cleans everything up too easily, leaving me expecting more, feeling like the previous hour and a half mattered little. In the end, it’s just not worth sitting through.

This review marks the debut of our new contributor, Daniel Berrios!