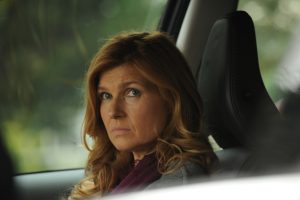 The newest season of American Horror Story came out recently. But, as I am not a previous fan of the show, I didn’t feel like I could review the newest season having never seen the first. And there was also no way that I could get through 7 seasons for the sake of one review before Halloween.

Some have those binge powers—I’m not one of them.

But, I figure for those who have been wanting to get into this show and want to know if it’s worth your time to jump in at the front-end, I can be here to deliver my opinions based on seeing the first three episodes.

And, let me tell you with certainty, if you are a fan of horror, you’re doing yourself a disservice by not watching the first season of this show.

And I have never watched anything quite like it. 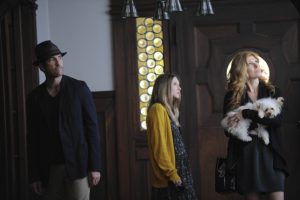 American Horror Story Is Quite The Experience

Going in, the thing that came to mind as an obvious problem for a show like this is that you can’t have a serialized story that kills off characters as a horror movie might. You can’t have a series of jump scares and monster attacks all the time—people would get desensitized after only a few episodes into a binge.

Stranger Things knew that well and accounted for it, but it’s also not a concentrated horror show. It’s also a childhood adventure tale with nostalgic leanings.

American Horror Story did not have that kind of luxury.

But, I’m sure someone thought of that because only the first ten minutes played out like a normal horror story. 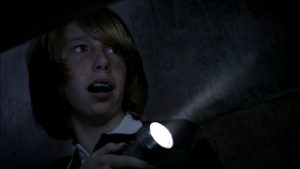 What I am about to say sounds like hyperbole, but I really do mean it. This show feels like losing your mind. It didn’t get easier to deal with the scares as I watched; it got harder. Driving deeper and deeper into my mind.

It feels like having a mental breakdown the entire time I’m watching it.

I only noticed it fully when I stopped and left the room.

I cannot recall a show that did something like that to me consistently and effectively. I don’t know of many pieces of artwork that elicit an altered state of mind. 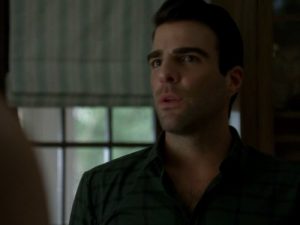 Go See American Horror Story Soon As You Can

Any fan of horror should see this masterpiece.

Because, if a creator knows what they’re doing, there’s no need for relentless jump scares. You can make horror with little of it. And a good story besides. The plot is layered and clever and has twists, and somehow just continues to make me unsettled and upset for every second I am viewing it.

I never knew I wanted to see people descending, deeper and deeper, into something monstrous that’s inside them. But this show made it riveting.

And I could not recommend it more.

It’s addictive to be that unnerved.

You can’t help but crave one more jump into the dark. 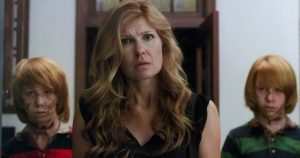