For the record, I think Robert Downey Jr can be a fantastic actor.  I really enjoyed his portrayal of Sherlock Holmes and if you’ve ever seen Kiss Kiss Bang Bang, you know he has a talent for comedic timing.  Yet every time I have a conversation with my girlfriend about Iron Man, she snorts and tells me that he is the most annoying and irritating character ever.  I was a bit surprised as she had previously told me that she liked Sherlock Holmes.  I decided to investigate further and I found out something that piqued my interest: a lot of women really don’t like Robert Downey Jr. 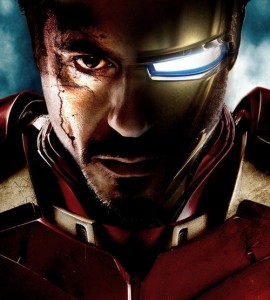 A Game of Insults

I remember seeing US Marshalls back in 1998.  It starred a younger Robert Downey Jr opposite a gruff Tommy Lee Jones (he hasn’t changed has he?).  I remember liking Downey Jr’s character (even though he eventually (spoiler alert) turned out to be the bad guy).  A few years later I saw the film adaptation of Wonder Boys with Michael Douglas, Tobey Maguire and Robert Downey Jr.  Again I enjoyed Downey Jr’s portrayal here—an egotistical, self-obsessed book publisher.  After a while trawling through Downey Jr’s filmography, I began to realize something: he tends to play the same type of character in all his films.

Tony Stark/Iron Man is perhaps one of the most egotistical, self-obsessed characters ever to grace the silver screen and, when I think of it like that, I understand why my girlfriend and a lot of other women can’t stand him.  He’s arrogant, rude, jealous, self-pitying and self-aggrandizing.  Yet Iron Man is still one of my favorite modern comic book movie updates.  Iron Man 2 and 3 weren’t as interesting, but The Avengers was fun.

Why Women (and Men) Hate Him

In a way you could argue that the movies are glorifying negative characteristics.  Iron Man is a superhero (sort of), but he’s also a self-destructive, arrogant alcoholic.  How can that be a good role model for children?  I would say it’s not, but I would also argue that Iron Man is supposed to be flawed.  He’s not Superman.  He has all the same human foibles that we have.  In a way, that’s what makes him more interesting than Superman. 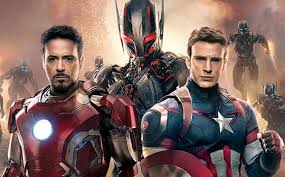 I like Iron Man because he is a bit of an idiot.  He makes mistakes despite his towering intellect, and when all’s said and done he’s an emotional retard.  We all carry some of the same characteristics.  Also, by the looks of it, he’s responsible for the creation of Ultron in the upcoming Avengers movie.  So he’s even more of an idiot than ever.  I feel like an idiot sometimes, so it’s nice to see someone cocking up on such a huge scale.

I understand why a lot of women (and men) don’t like Iron Man (and Robert Downey Jr).  No one really likes looking into flawed character aspects that can remind them of themselves.  However, it is useful to remember that the imperfect traits of Iron Man are amplified by a large percentage.  Fortunately for most of us, we’re a bit more emotionally intelligent than him.

If you enjoyed Allen’s in-depth, psychological analysis of the human condition (kek), you can find more of his work right HERE on Sci-Fi Bloggers. You may also visit his website by clicking HERE or follow him on Twitter @TheOnlyJohnnyA.