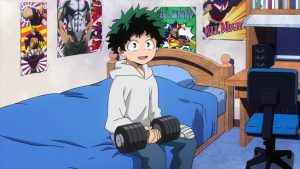 Watching Shows Has Become A Hobby

Considering I’ve successfully monetized almost every hobby I’ve ever had, perhaps I’m not the right person to be talking about this, but media has become a hobby for lots of people.

Like stamp collecting and rollerblading, the act of watching a show has been elevated in the cultural perception to something that one does as a project.

Sounds weird? Well, consider the effort, the mental space, the dedication it takes to watch modern Marvel movies or Star Trek shows or really anything with a history behind it. Consider My Hero Academia, an anime that’s got so much worldbuilding and lore that fans of the show can consume ridiculous amounts of information from the series even when not watching it.

Television was something done for leisure before, sure, and, due to the lack of streaming, it required one to be at their television at the right time, but I’d argue that someone actively deciding to take the effort to binge an entire season of Stranger Things is showing far more dedication, more interest, more everything than we’ve seen before.

Watching Media Is An In-Depth Hobby To Maintain

And, while “watching stuff” is also how it used to be, you also have to make active choices about what media you’re going to “specialize in” and that’s where things get interesting further. Even if you think you just “watch whatever’s new” there are factually too many new things for you to watch all of it. You could dedicate all your life to simply consuming what new content comes out, and you’d still fail to get it all. Foreign films, anime, original series unique to each streaming platform, soap operas, wrestling, D.C. cinematic universe, Marvel cinematic universe, etc. There are too many—you must make a choice. And, should you choose to, because of everything being a remake or based on some source material, there’s often a deep dive to be had for many popular shows. Have you read the book, played the video game, read the comic, gone into the manga? Fandom is a thing; interconnected media is increasingly a thing. 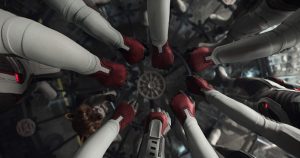 Watching Is A Hobby Done Without Even Watching

What used to be called “being nerdy” is so commonplace and so fractured and segmented that watching media is a hobby. The largest, most common hobby in the world. One’s personality, values, and knowledge base are often influenced and shaped by media we choose to expose ourselves to, and what media we don’t.

It’s much more than a hobby. Really, media preferences are practically a lifestyle.